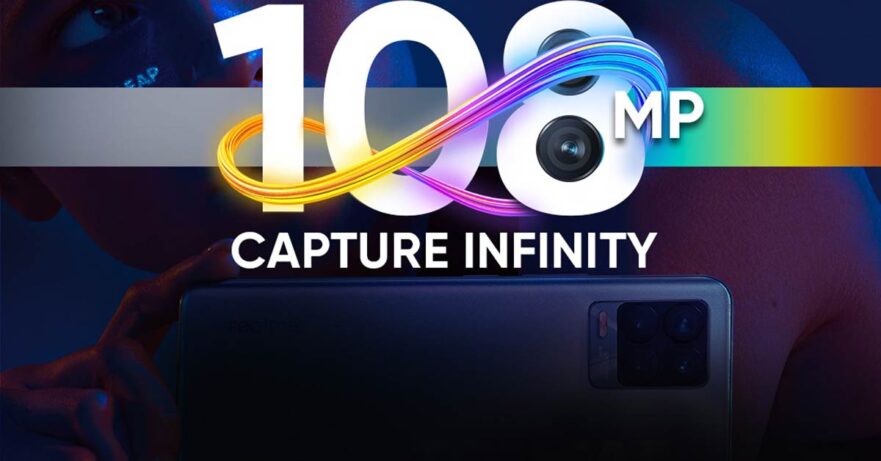 The Realme 8 Pro, the fastest-growing smartphone brand’s first 108-megapixel smartphone and the sequel to last year’s Realme 7 Pro, is heading to the Philippines soon.

"Been using 12mp phone for years, and now leaping to 108mp is beyond words! 🥰 Really enjoying this 108mp technology! #CaptureInfinityWith108MP"

Now the question is, when will Reame announce its initial 108-megapixel offering in the Philippines? Will the brand’s local arm also make the vanilla Realme 8 available here? The answer to the latter is likely yes, though no official announcement has been made just yet.

What about the 5G variant of the Realme 8 powered by a MediaTek Dimensity 700 chipset? No idea. We’ll just have to wait and see how things progress from here.

In India, where the Realme 8 series made its global debut, the Realme 8 and Realme 8 Pro hit the subcontinent sporting the following price tags:

Retail pricing in the Philippines tends to be higher than in India due to taxes and other fees. As always, Realme’s local price strategy should be competitive with similarly specced phones from other brands.

As for the Realme 8 Pro, its hallmark feature is obviously its quad-camera setup led by a 108-megapixel Isocell HM2 image sensor, making this the sharpest camera phone in Realme’s current lineup.

The Isocell HM2 is Samsung’s third-generation 108-megapixel sensor on the market and an upgrade over the Isocell HM1 used by the Galaxy S20 Ultra and Galaxy Note 20 Ultra flagships. Additionally, the 0.7 micron-pixel, 1/1.52-inch sensor supports 9-in-1 pixel binning and in-sensor zoom technology to produce a higher-quality image with better clarity.

Realme says it has optimized the HM2 sensor to offer the world’s first Starry time-lapse video, in addition to new portrait modes and a tilt-shift time-lapse video option.