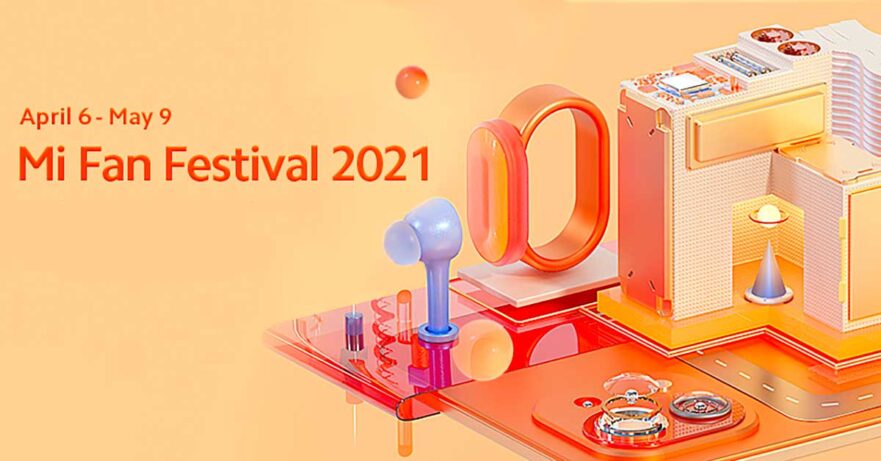 Xiaomi is currently hosting its annual Mi Fan Festival until May 9, 2021, where exclusive deals and offers are up for grabs, including the limited-edition Redmi Note 10 Pro MFF Special Edition and its regular variant, plus the newly launched Mi Band 6 with a larger display and new tracking features, including blood-oxygen monitoring. During the event, Mi fans can get up to P3,000, or roughly $62, off select devices as well.

Additionally, those who buy participating products will be entitled to tickets to Xiaomi Philippines’ exclusive Melody with Mi May 23 virtual concert featuring local artist Bamboo. Ticket redemptions will be allowed until May 22. Customers will be eligible to claim more than one ticket if they purchase select products or hit certain thresholds. Getting the Redmi Note 10 Pro during the Mi Fan Festival 2021, for example, will net you three tickets instead of one.

Though not included on this year’s list of discounted devices, the Redmi Note 10 Pro is one of the most affordable smartphones on the local market with an AMOLED screen and a fast 120Hz refresh rate, meaning it’s twice as fast as regular phones. Locally, the base 6GB/128GB storage version of the Redmi Note 10 Pro is priced at P12,590 ($259), whereas the 8GB/128GB storage model is P13,590 ($280).

The Redmi Note 10 Pro MFF Special Edition costs exactly the same as the top-end unit with more RAM. Other than being housed in a different retail box with a limited-edition postcard and stickers and sporting the Mi Fan Festival icon on its rear panel, the special version is virtually identical to the vanilla Redmi Note 10 Pro’s Gradient Bronze version.

Xiaomi fittingly describes the Redmi Note 10 Pro as its “108MP Voyager,” as it’s the company’s most aggressively priced 108-megapixel camera phone yet. The hallmark feature of the rear camera system is the Samsung Isocell HM2 sensor that supports 9-in-1 pixel binning for brighter, clearer shots even in low light. The HM2 can be found in the recently launched Realme 8 Pro as well.

The Redmi phone’s other camera specs include an 8-megapixel ultra-wide camera, a 5-megapixel telemacro shooter, a 2-megapixel depth sensor, and a 16-megapixel front-facer in a punch-hole cutout. It also packs a Qualcomm Snapdragon 732G processor running MIUI 12-based Android 11 and a 5,020mAh battery that supports 33-watt fast charging.

As for the discounts, here’s a list of devices that are below SRP at Xiaomi’s official brand stores on Lazada and Shopee until April 11.