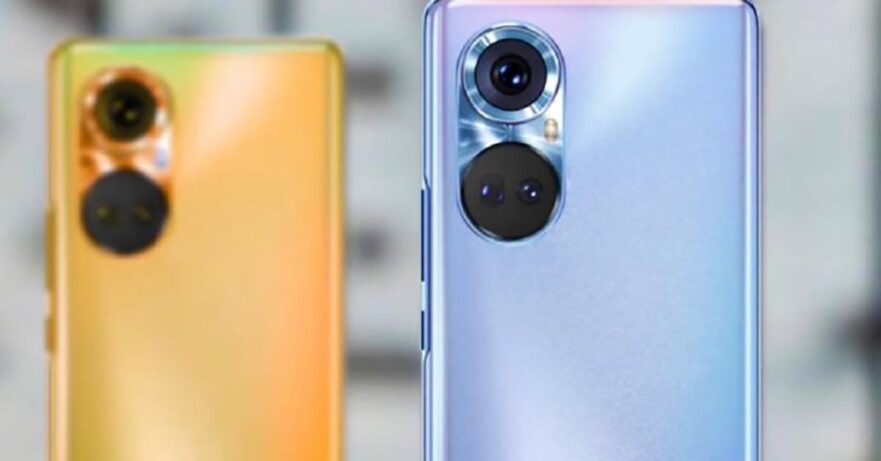 Huawei‘s former sub-brand is launching its 50 series phones soon, and we might just have our first look at one of the models.

(Update, June 7: Benchmarks and more images have surfaced ahead of the June 16 launch! In case you missed it, the Honor 50 series’ global version will have Google Mobile Services.)

The pictures below show what a tipster based in China claims to be the regular Honor 50. The design is quite similar to the expected rear look of the Huawei P50 lineup, don’t you think? The back panel has this pill-shaped cutout for the rear cameras. The array has two rings inside, with the upper one housing the main sensor and the other, a periscope and yet-another sensor, perhaps for ultra-wide shots.

The back is matte, so the Honor 50 shouldn’t be a fingerprint-magnet. And apparently, there are at least two color variants. There’s a bluish-purple version and a unit whose yellowish-green-orange shade we like so much because, hey, the color is not something smartphone manufacturers often use for its products.

This is just the beginning. Thrilled to work with @Honorglobal on bringing the #Snapdragon 778G #5G Mobile Platform to the #HONOR50Series. https://t.co/gMIHMn8mNW

A confirmation. Will the series ever land in the Philippines?

Both Honor and Qualcomm already confirmed that the newly announced Snapdragon 778G 5G processor is going to power the Honor 50 series, which is also expected to include the Honor 50 Pro and Honor 50 Pro Plus. You can read more about the 6nm chip below.

Honor is certainly aggressive pursuing international partners after its split from Huawei. Besides striking a deal with Qualcomm, the company has likewise partnered with AMD, Intel, Samsung, and Sony and is currently in talks with Google. In fact, we could be seeing a Snapdragon 888 (or Snapdragon 888 Plus?) Honor flagship with Google Mobile Services in the third quarter of 2021.