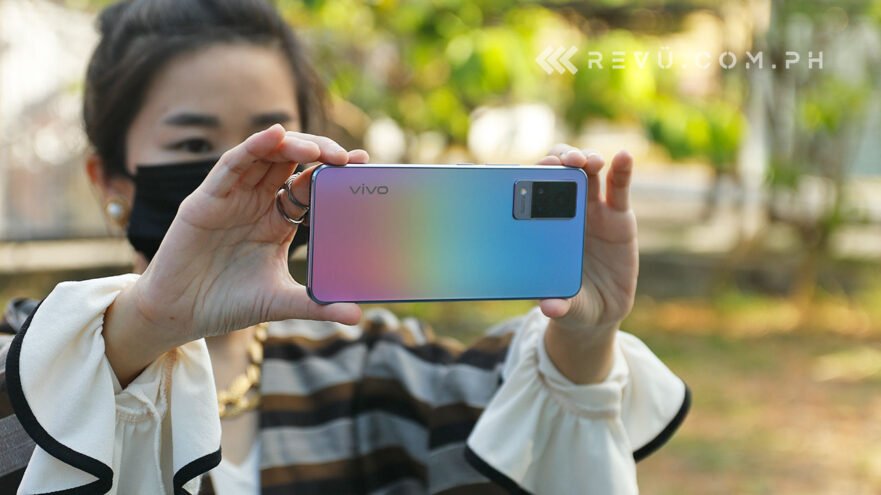 Vivo Philippines has taken the wraps off the V21 series models with a promise to bring in a new era of selfie phones.

And it sure did, based on our weeks of reviewing the Vivo V21 5G, one of its two units launched in the country today, May 31. The said device boasts the world’s first 44-megapixel Optical Image Stabilization front-camera technology. We’re not surprised; the smartphone brand, one of the biggest in the world, has introduced new world-first features several times already. The Vivo V21e, the other newly announced handset, likewise gets a 44-megapixel front camera with eye auto-focus for more detailed self-portraits.

We dare say the eye-catching Vivo V21 5G and Vivo V21e are more than selfie phones. The more premium of the two, as we have mentioned many times, has access to the latest network of wireless tech, which allows for higher internet speeds, less latency, and more coverage. It is future-proof, thanks to the 7nm MediaTek Dimensity 800U processor.

Both devices feature a 6.44-inch AMOLED display; 8GB of RAM plus an additional 3GB of virtual RAM; 128GB of expandable storage; triple rear cameras; a 4,000mAh battery that supports a maximum of 33 watts of fast charging; and Android 11-based Funtouch OS 11.1. The V21 5G steps up to a panel with a higher, 90Hz refresh rate and a 64-megapixel main sensor.