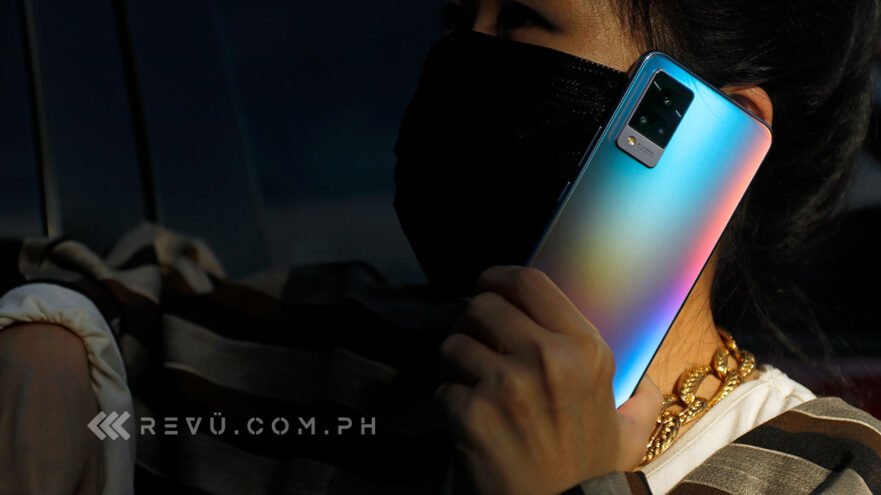 Seemingly out of nowhere, Vivo Philippines has begun teasing the V21 series, hinting at an imminent launch soon. We’ve had the 5G-capable Vivo V21 for a week already, so what better way to delve into the nitty-gritty of it than a full-blown review.

(Update, May 31: The Vivo V21 5G and Vivo V21e have been launched in the Philippines! See prices and specs here.)

Unfortunately, we don’t have the smartphone’s final suggested retail price yet, but it should be in the territory of previous models. You might recall that the 4G-enabled Vivo V20 was priced at P19,999, which translates to about $416, at the time of its release.

Familiar hardware but with 90Hz AMOLED

On the outside, not much has changed from the previous model. The casing is still made of glossy plastic and has a waterdrop notch on the front and triple rear cameras in a rectangular module. But the frame is flatter now, seemingly inspired by Apple’s latest iPhone aesthetic. Vivo says the V21 is one of the slimmest 5G phones in the country, only 7.29mm at its thickest point.

The back panel feels nice to the touch and features a matte finish, which doesn’t catch pesky fingerprints easily. While we wouldn’t consider this a compact smartphone, we’re able to use the V21 one-handed without much discomfort. Reaching the top of the display during single-handed use won’t be easy without shuffling the device in hand, though.

You still get a single speaker at the bottom, plus a USB-C for charging. Also at the base is a hybrid tray that accepts two nano SIM cards or one SIM card and a microSD card for additional storage. Both SIM slots support 5G, so you need not worry about which slot to use if you’re only using one network for 5G data. There’s no physical fingerprint sensor here; the scanner is built into the screen and works great.

Importantly, unlike its predecessor, the Vivo V21 5G skips the headphone jack. Sorry, legacy port users. The phone comes with a set of 3.5mm earphones, though, plus a USB-C-to-headphone jack adapter for wired audio.

Our unit’s color variant is called Sunset Dazzle. It looks a lot like the V20 in Sunset Melody, except the gradient is noticeably lighter and adds prominent shades of green and yellow. If you’re not a huge fan of flashy designs, the V21 is also available in purplish Dusk Blue.

The Vivo V21 5G packs a 6.44-inch AMOLED screen with 2,404 x 1,080 FHD+ resolution and a 90Hz refresh rate to go along with reasonably slim bezels, except at the chin, and a waterdrop cutout on the top for the selfie camera. It’s unfortunate that Vivo opted for an outdated notch design that betrays the phone’s modern specs. We were hoping to see a less-obtrusive punch hole and not an exact retread of what we’ve seen before.

On a more positive note, it’s important to know that the 90Hz spec bump is new to base models in the V lineup. Comparing it to the V20’s similarly sized, similarly sharp AMOLED, the panel on the V21 definitely makes everything feel smoother and more responsive. It also highlights how slick and polished Vivo’s new Android 11-based Funtouch OS 11.1 user interface is.

Picture quality remains a solid plus this year, with the V21 offering one of best panels you can get on a midrange smartphone. The colors look accurate and vivid enough, and for an AMOLED, the black levels look deep and consistent while the brightness is sufficient for outdoor use even when the sun is high. Images can appear a bit cool out of the box, but a slight nudge to warmer colors should make them more color accurate. This panel has always-on functionality, too, and offers several attractive off-screen styles for you to choose from.

The V21 5G is equipped with a 4,000mAh battery and supports Vivo’s 33-watt FlashCharge rapid charging using the bundled power brick, same as last year’s model. And similar to what we saw on the V20, the V21 can reach full capacity in under an hour, while a 30-minute top-up usually gives you about 65% of the battery’s charge.

Faster and ready for 5G

Internally, the biggest upgrade this year is the step up to 5G. Last year’s V20 was limited to 4G connections, unlike its Pro stablemate, but Vivo is having none of that this generation. It may have taken a while, but Vivo’s basic V series model is now finally ready for 5G. Not only that, the V21 switches to a MediaTek SoC, dropping Qualcomm in the process. The phone is equipped with a Dimensity 800U chipset with dual-mode 5G (SA/NSA) support, versus the 4G-only Snapdragon 720G in the V20.

5G is the latest network of wireless technology that allows for higher internet speeds, less latency, and more coverage. It is 10 to 100 times faster than the widely adopted 4G standard. In the Philippines, 5G has been adopted by Globe Telecom and Smart Communications, albeit with limited availability at the moment. DITO Telecommunity, the country’s third telco, is likewise in the process of rolling out its 5G commercial service nationwide.

Needless to say, if you care about faster internet service, we suggest that you upgrade to a 5G-capable smartphone like the Vivo V21 5G for future-proofing reasons. Outside of network connectivity, MediaTek’s midrange chipset is both a CPU and GPU upgrade, resulting in higher benchmark scores and better real-world and gaming performance.

It’s worth mentioning that although our unit comes with 8GB of RAM, 3GB of phone storage can be used to extend the RAM, allowing it to operate beyond its physical limits. We first saw this virtual RAM feature on the Vivo X60 series, and it should make for a slicker experience overall. 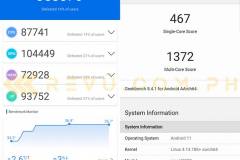 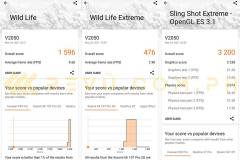 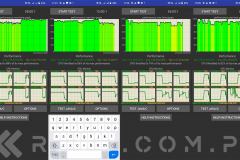 In actual testing, the Vivo V21 5G scores high in benchmarks and delivers fluid performance when navigating FuntouchOS 11.1 and in graphics-heavy titles like Genshin Impact and Apex Legends Mobile. While enabling 90Hz on the phone doesn’t necessarily result in higher frame rates, especially in games that require more GPU power, it does make a hell of a lot of difference when you’re swiping around home screens and multitasking.

Even in 60Hz mode, the V21 feels faster than any vanilla V series model we’ve used — and we’ve used all of them (the ones out in the Philippines, at least). This phone is a joy to use, and anyone upgrading from a lesser Qualcomm or HiSilicon chip should not be worried. We don’t expect overheating or throttling to be a problem here either. Our unit doesn’t get too hot even during benchmarks and intensive gameplay.

On paper, the camera hardware of the V21 is pretty much identical to the V20’s, but that’s not to say it isn’t a good system overall. You get a 64-megapixel, f/1.79 main sensor coupled with optical image stabilization and 8- and 2-megapixel shooters for ultra-wide and macro shots, respectively. The front-facer still pairs a single 44-megapixel sensor with f/2.0 optics.

Portrait mode is handled by the primary camera and some software magic, and the results can be impressive. This phone manages to retain plenty of detail on your subject with accurate edge detection as well as deep background blur. Plus, the Vivo V21 5G has tons of portrait styles, filters, and light effects you can play around with to make your pictures more interesting. You don’t have the impressive AI Image Matting feature of the X60 series here, though, which would have really solidified the V21’s status as a flagship-grade portrait-taker — but that’s understandable given its positioning.

Per usual in the midrange, Night mode is available on the main and ultra-wide cameras for taking better low-light pictures. It does improve brightness, colors, and contrast to an extent, provided you can hold the handset steady for a couple of seconds and your subject isn’t moving. However, you still need a fair amount of ambient light to get good stills.

Pro mode on the 64-megapixel camera is also on offer here and works well with the auto-focus system to give you an easier time. The sensor inside only captures binned images, and there’s no option to capture RAW format files, so it’s not possible to extract the maximum quality from an image in post-processing. 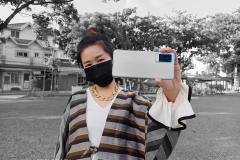 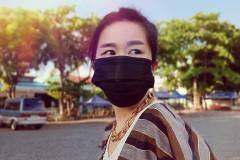 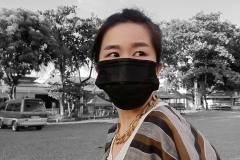 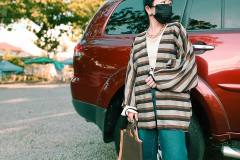 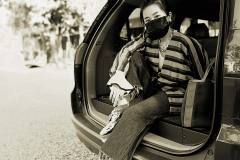 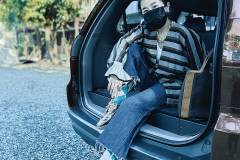 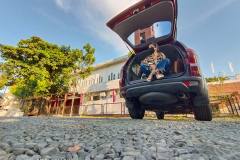 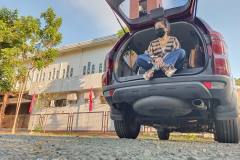 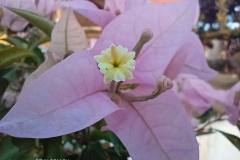 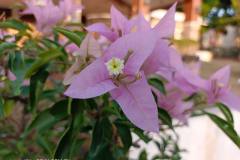 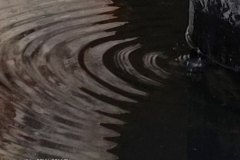 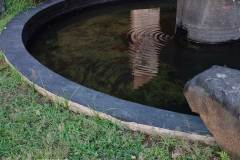 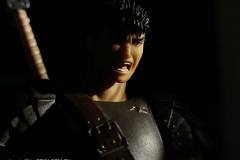 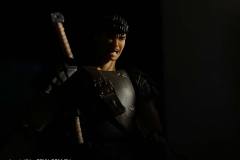 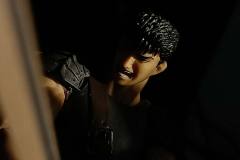 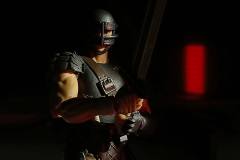 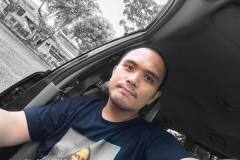 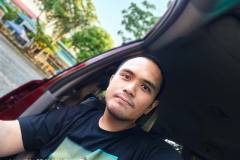 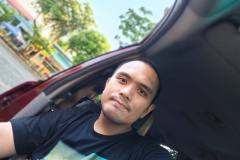 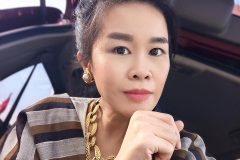 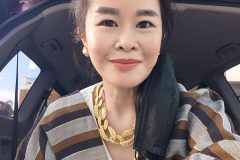 The 44-megapixel selfie camera is plenty sharp, as expected, and features a wide-angle lens, allowing you to fit another person or two in the frame. It has eye auto-focus, too, as well as OIS for sharper snaps and smoother videos. The cameras on both sides of the Vivo V21 5G have hardware stabilization, something we rarely see nowadays, let alone in a midrange model.

The selfie shooter is great for portrait photography. In most shots, the subject looks detailed, even the difficult hair areas, displaying good separation between the foreground and background.

Visually, the Vivo V21 5G doesn’t look like a big upgrade, but look through the specs, and you will see that it has improved where it counts. The chipset is more powerful and future-proof for faster 5G internet; the AMOLED screen feels smoother and more responsive; and the cameras on the front and back, though unchanged, are as competent as we’ve come to expect from the series.

We don’t expect it to be the highest-specced smartphone at its price point, but we can say the Vivo V21 5G is a worthy upgrade over an already-good predecessor.