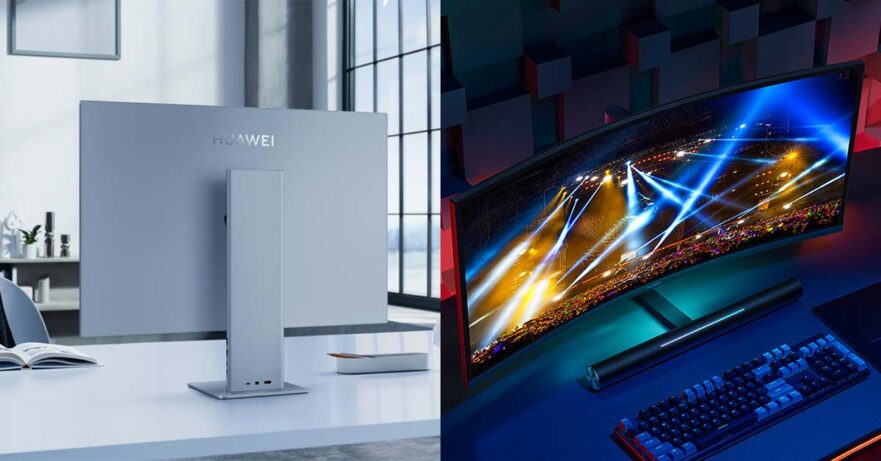 Huawei recently beefed up its PC portfolio with two new high-end monitors that debuted globally alongside the MatePad series refresh. Compared to the Huawei Display, which launched in the Philippines for P7,999 (around $167) back in March, the Huawei MateView and MateView GT feature bigger and sharper panels and cutting-edge specs.

(Update, October 5: We show you the top features of the Huawei MateView!)

(Update, July 7: Huawei’s first gaming monitor is up for preorder in the Philippines! Price and pre-purchase freebie here.)

(Update, June 25: Huawei’s first gaming monitor is coming to the Philippines! Save the launch date.)

However, despite bringing similarly upscale pricing, their target markets differ considerably. And they couldn’t be more different in terms of looks. So, which one should you pay attention to if you’re on the lookout for a new monitor and got money to burn, in case the company releases them in the Philippines? Picking between these two models will surely be tough. Find out which one is for you.

You’re looking at a 28.2-inch professional-grade LCD panel built for photo and video editing. It boasts a native 4K resolution of 3,840 x 2,560, a 3:2 aspect ratio, plus a refresh rate of 60Hz. It also has HDR400 certification for better dynamic range and greater vibrancy.

Huawei’s first flagship monitor covers 100% of the sRGB range of colors. It likewise has a Delta E below 2 in DCI-P3 mode plus TÜV Rheinland Low Blue Light and Flicker Free certifications to help reduce screen fatigue especially in dim environments.

Thin lines and sharp corners make #HUAWEIMateView the perfect monitor for those looking to #LiveSmartWithHuawei.

The Huawei MateView sports two USB-C ports, two USB-A ports, one HDMI 2.0 port, one Mini DisplayPort, and a 3.5mm audio jack. You can also wirelessly connect a compatible laptop, tablet, or smartphone to the monitor. The latter will let you use Huawei’s OneHop Projection feature for easier screen mirroring, whereas Desktop mode allows you to run bigger versions of your Android apps without a PC.

Visually, the Huawei MateView flaunts an industrial, geometric design with a magnetic rear panel and a height-adjustable stand that includes two front-firing speakers, as well as a pair of microphones with built-in noise reduction. The monitor also comes with a hidden Huawei Smart Bar that brings a touch interface for users to easily adjust various settings, such as input source and volume.

Overall, the Huawei MateView looks sleek and should be an ideal fit for any modern and minimalist workspace. Though it’s too early to tell, it could be a solid pickup for artists, designers, and content creators who are in the market for a color-accurate monitor.

#LiveSmartWithHuawei & immerse yourself in your gaming world with the 34-inch curved screen on the all-new #HUAWEIMateViewGT.

Though not as sharp as the standard MateView, it delivers decent color accuracy with a Delta E of below 2 in the DCI-P3 color space. Some of the gaming-focused features offered here include an integrated 10-watt soundbar with two speakers, an RGB touch panel, a built-in crosshair for FPS gamers, and Huawei’s Dark Field Control feature, which automatically adjusts brightness in low-light and overexposed scenes for users to spot their opponents easily.

You also get TÜV Rheinland Low Blue Light certification and support for DC dimming for blue-light reduction. When it comes to connectivity, the Huawei MateView GT has two HDMI 2.0 ports, one DisplayPort, two USB-C ports, and a 3.5mm headphone jack.

Which one should you consider?

If you’re leaning towards color accuracy or gaming performance, the answer should be obvious. However, if your usage falls in the middle and budget isn’t an issue, the choice is more difficult. If we were to pick one, we would go with the MateView GT since it is bigger and has better all-around features, including a much higher refresh rate, not to mention that soundbar seems enticing. Hopefully, Huawei Philippines launches both in the country, so we can get our hands on them and do a proper review.