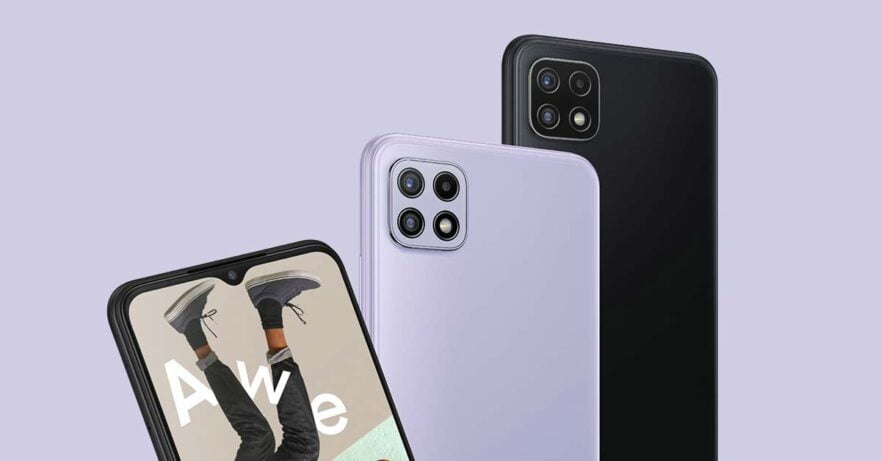 Samsung has introduced a 5G phone that’s more affordable than the P15,990 (around $335 converted) Samsung Galaxy A32 5G.

The Korean technology giant has launched the Samsung Galaxy A22 5G with a starting price of €230 (P13,364 or $280) in Europe, making it the cheapest 5G-ready Galaxy to date. And with its support page now live on the company’s Philippine website, as we spotted today, June 4, it’s safe to say the smartphone will become available locally.

The A22’s 5G chip, MediaTek’s Dimensity 700, is something we’ve seen powering devices such as Xiaomi’s POCO M3 Pro 5G, which happens to be the most pocket-friendly 5G phone globally. The latter costs as low as P8,990 ($188). Then again, we don’t expect a Samsung unit to be the lowest-priced in its class — at least not now.

Instead of four cameras like on the A32 5G, the Android 11-based Samsung Galaxy A22 5G features a trio of rear sensors that’s headlined by a 48-megapixel unit. Don’t expect a macro sensor anymore, and frankly, that’s fine by us. The A22 5G likewise gets a big battery that’s rated at 5,000mAh and supports a maximum of 15 watts of fast charging over a USB-C port.

Rounding out its specs are a 6.6-inch screen with a 90Hz refresh rate, an 8-megapixel selfie camera, and a user interface based on Android 11.