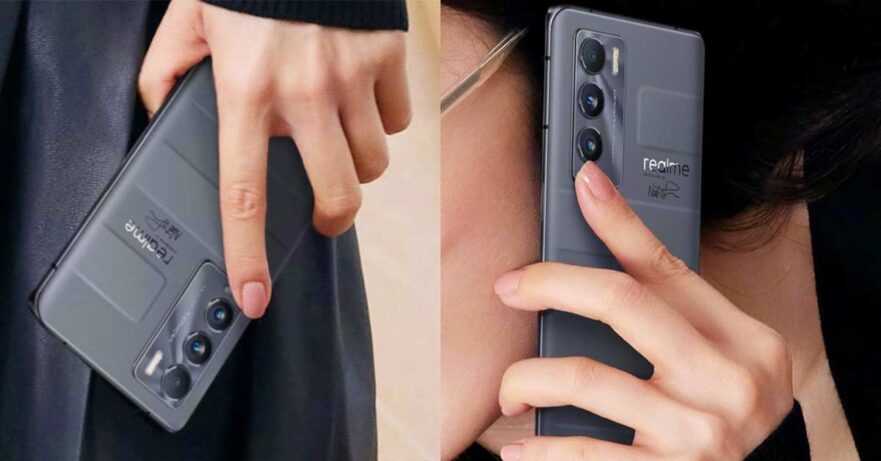 As expected, Realme today has announced the launch date of its next smartphones.

(Update, September 28: Our review of the Realme GT Master Edition is up!)

Funny thing is, we already know many things about one of them, thanks to leaks that have flooded the rumor mill. Below is just one of them.

Looks just about right. The said Realme GT Master Edition design is figured in a massive leak brought to us by India-based technology site 91Mobiles and Steve Hemmerstoffer, popularly known as OnLeaks on Twitter. See the video below.

A recent document showing the specs and look of the upcoming model seemingly corroborates previously released information. The images included there show that the Realme GT Master Edition is powered by a Qualcomm Snapdragon 778G, which is the same processor inside the Honor 50 and Honor 50 Pro. The chip reveal suggests the Snapdragon 870 phone with the model name Realme RMX3366 seen on Geekbench and TENAA is the Realme GT Master Exploration Edition.

There are supposed to be two memory configurations; one comes with 8GB of RAM and 128GB of storage, and the other has the same amount of RAM, but has 256GB of storage. However, with the Dynamic RAM Expansion function, you’ll get a total of 13GB RAM.

The Realme GT Master Edition is also said to feature a 6.43-inch AMOLED screen with 120Hz refresh and 360Hz touch-sampling rates and support for 4D vibration; a 4,300mAh battery that can be charged up to 65 watts; a 64-megapixel rear camera assisted by an 8-megapixel ultra-wide lens and a 2-megapixel macro sensor; and a 32-megapixel selfie shooter housed in a punch hole on the upper-left side of the display. It will ship with Android 11-based Realme UI 2.0 out of the box.

Here’s hoping that the Realme GT Master series will be launched outside China, including the Philippines.