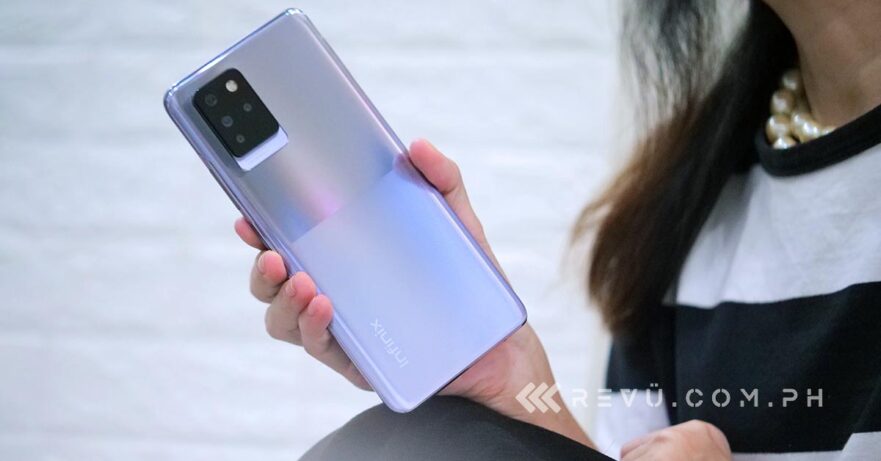 Since its entry in the Philippine market, Infinix Mobile has been trying to disrupt the market with value-first smartphones, and the latest Infinix Note 10 Pro doubles down on the idea of a big phone with some big specs inside.

And though it shares largely the same appearance as the standard Infinix Note 10, this smartphone has plenty more going for it to justify the extra cost, including a faster LCD, faster wired charging, and faster overall performance, in addition to more RAM and megapixels. Essentially, it’s the souped-up version of the Infinix Note that came out earlier.

Locally, the Note 10 Pro has a suggested retail price of P9,990, or roughly $200 converted. That’s remarkably affordable for an upsized smartphone with an upper-mid-tier SoC, a sharp main camera, and above-average battery capacity with pretty-fast charging to boot.

It will be available for preorder with a P500 ($10) discount for a limited time in the Philippines. To avail yourself of the offer, you only need to make a non-refundable down payment of P500 ($10) on Lazada from August 12 to August 15, then pay the remaining balance from August 16 to the 19th. Read our review to find out if it’s worth the money it’s asking for.

The Infinix Note 10 Pro shares the same chassis and dimensions as the regular model, except the latter has three rear-facing cameras instead of four. And just like the Note 10, the Pro variant is one of the largest devices at its price range, sporting a giant punch-hole LCD measuring 6.95 inches across.

Needless to say, the latest Infinix is a two-handed device. We found it impossible to wrap our fingers around the chassis even without the clear case on. The glossy plastic exterior can be forgiven and does not give away this phone’s price point, with Infinix opting for a design that looks way more premium than your average budget handset.

There’s a horizontal line that runs across the entire back panel, effectively dividing the top and bottom into two sections that look nothing alike. The upper part is clean and has a mirror-like finish, while the bottom of the handset features a holographic effect to it that gives a sense of speed.

Another prominent feature here is the huge camera module that, unfortunately, also leaves a noticeable bump at the back, so setting the phone down on a flat surface will cause it to wobble much.

The Infinix Note 10 Pro doesn’t have a rear-facing fingerprint reader; instead, the sensor is located on the side, embedded in the power button, for convenient access. However, we can’t say the same about the side-mounted buttons, as they are located a bit high up on the phone for our fingers to find them with ease.

The physical fingerprint scanner works as intended — reasonably fast and accurate — and can be used to unlock apps, accept incoming calls, start or stop recording calls, and dismiss alarms. There’s likewise the option to set up and use face unlock to unlock your Infinix Note 10 Pro with just a glance in a pretty well-lit area.

While the headphone jack should prove useful for this smartphone’s price-conscious target audience, the real highlight of the Note 10 Pro’s audio arsenal is its dual speakers. Per usual, the setup consists of a main speaker at the bottom and one cleverly hidden under the earpiece grill at the top.

And though they won’t win you over with their stereo quality, their combined audio output is audibly louder than your typical single-speaker system, which in turn makes streaming videos and listening to music and podcasts more enjoyable. If only they had a lot more depth and punch to their sound especially at higher volume levels.

Of course, the other half of the Infinix Note 10 Pro’s multimedia package is the punch-hole screen. That massive 6.95-inch diagonal operates at FHD+ resolution and can fit more content compared to most displays at this price level. The device only has L3 Widevine DRM certification, though, meaning it won’t be able to stream HD videos on apps like Netflix and Amazon Prime Video. Unsurprisingly, there is no HDR10 support here.

On a much more positive note, this model boasts a 90Hz refresh rate and a 180Hz touch-sampling rate, both of which combine to make games and the user interface feel responsive and visually smooth to the eyes.

The other major contributor to this phone’s speed is its chipset. Running the show is 2019’s MediaTek Helio G90T, which, albeit dated, is an upper-midrange SoC from the Taiwanese manufacturer, coupled with 8GB of RAM and 128GB of onboard storage. This makes the Infinix Note 10 Pro feel pretty much on a par with more expensive devices with newer processors, but there are also times when the 12nm chipset shows its age and some weaknesses.

Also: No 5G here, which wasn’t a biggie a couple of months ago, but seeing a bunch of affordable 5G handsets in the Philippines now, the lack of 5G support might be a deal-breaker for some.

Gaming performance is quite a mixed bag. Although the phone handles graphics-intensive games like Genshin Impact well, it does start to lag or throttle after a while — after around 30 minutes — or if it is too occupied with apps in the background. Still, the Note 10 Pro does a commendable job when faced with day-to-day tasks and runs games better than what most competing devices are capable of, so we really can’t complain much.

If you want the best experience while gaming and multitasking, there’s the Game Zone app, which can enable the Dar-Link Engine to give you a CPU and GPU boost in certain games and turn off alerts and push notifications

Most users will find the Hot 10 Pro’s overall performance pleasing enough. However, if you want the best experience while gaming and multitasking, there’s the Game Zone app, which can enable the Dar-Link Engine to give you a CPU and GPU boost in certain games and turn off alerts and push notifications.

You can likewise activate the Game Assistant panel during gameplay. This will give you access to quick shortcuts by sliding the panel out from the side. Game Assistant lets you enable the MagicButton feature, too, which allows you to map functions on the screen to the volume keys, ideal for when you’re playing a shooter like Call of Duty: Mobile or PUBG Mobile.

Kids Mode will let you set limits to how much time and mobile data your child can spend on an app. It also includes an option to make the screen easier on the eyes and alerts the user of incorrect posture while using the handset. You can set Kids mode to automatically trigger upon launching a certain app. 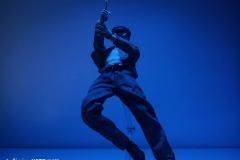 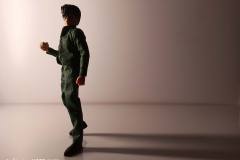 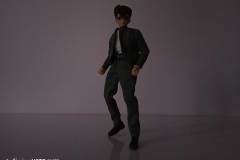 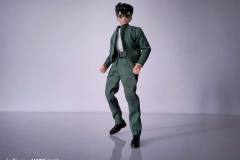 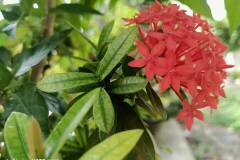 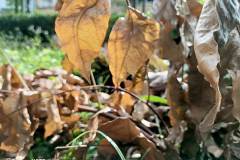 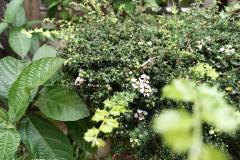 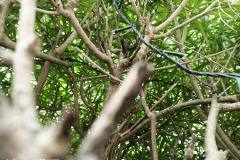 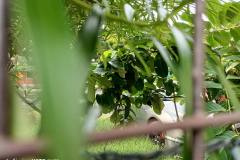 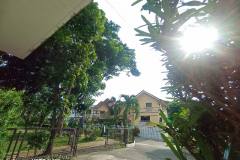 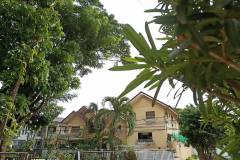 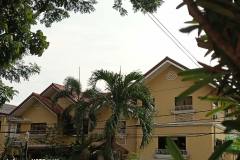 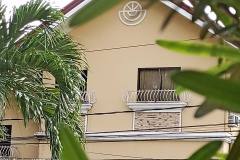 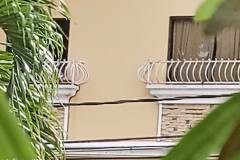 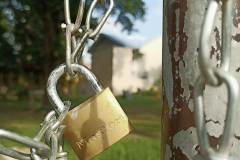 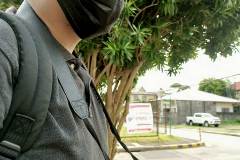 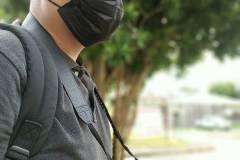 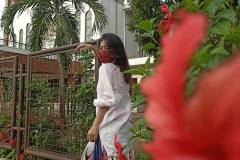 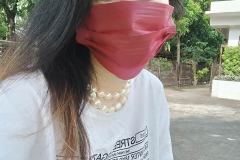 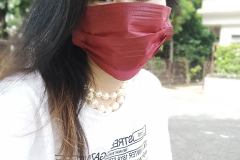 Shot on the Infinix Note 10 Pro

The Infinix Note 10 Pro packs quad rear cameras. You get a 64-megapixel primary camera, an 8-megapixel ultra-wide shooter, plus a pair of 2-megapixel sensors — one for macro and the other a monochrome one for retrieving depth information. The main sensor is 1/1.72 inches. Infinix says that compared to other handsets in the lineup, this Note lets in 17.8% more light and has 14.7% more light-sensing area, resulting in a 35% improvement in terms of image brightness.

Super Night mode makes a huge difference in low light, provided your subject can remain still for a few seconds to avoid a blurry picture. (That’s obviously not a concern when shooting toys. Heh.) Unfortunately, there is no manual mode in the settings. Given the main camera’s high megapixel count and sensor size, it would have been great to get an option that allows you to control the basic parameters of shooting like the ISO value and shutter speed.

Impressively, the Infinix Note 10 Pro allows 4K video recording on the front and rear cameras at 30 fps, and offers the ability to capture footage with a beauty filter smoothing over the pores in your skin, software stabilization, or background blur. The caveat is that none of these options let you shoot at a crisp 4K resolution. Moving to the front, the selfie camera housed under a punch hole at the center fits a 16-megapixel sensor that supports eye auto-focus.

Keeping the lights on is a sizable 5,000mAh battery that supports fast charging at up to 33 watts using the included charger. In our tests, 15 minutes plugged in resulted in the built-in cell reaching roughly 20% capacity. Charging time is about 1 hour and 50 minutes for a full charge. A partial charge to, say, around 60% should be sufficient for a day of use.

The Infinix Note 10 Pro easily delivers a day and a half of moderate usage on a full battery, despite the huge screen and its above-average refresh rate. The phone’s standby performance is pretty great as well, and the idle power drain can be pretty negligible over a couple of hours.

Three hours of Mobile Legends play time at Ultra graphics settings reduced the battery level by 30%. On a separate occasion, an hour of gameplay depleted the battery by 12%.

Sporting a giant screen and expansive dimensions, the Infinix Note 10 Pro gives you a lot to see and behold, and its performance and everyday reliability make it a genuinely great choice for bargain hunters.

The absence of 5G could put off enthusiasts looking for a future-proof handset when compared to similarly priced devices, but we’ve enjoyed almost everything that the Note 10 Pro has to offer.