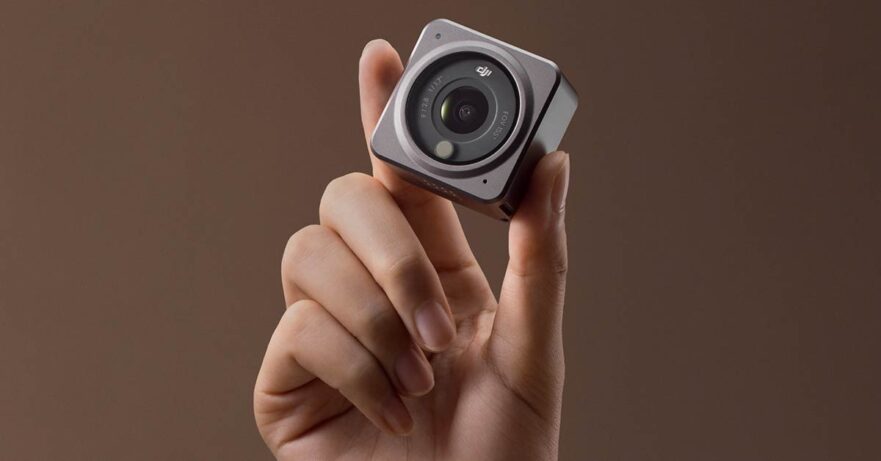 DJI‘s Action is back after two years when it was first introduced to compete with the GoPro Hero 7 Black. And it’s smaller yet more versatile and more powerful than before.

The DJI Action 2 has been launched as a redesigned camera that you can mount on more objects this time around.

And with DJI’s RockSteady 2.0 and HorizonSteady features, your footage should be generally free from shakes and kept horizontal no matter how much you move around.

Protected by Corning Gorilla Glass, the Action 2’s camera unit is said to be “drop-proof, dustproof, and waterproof at depths of up to 10 meters.” Rugged then? As it should be.

But the more interesting thing about the DJI Action 2 is how you can extend its functionality through accessories. It is a modular device, after all. Like you can attach another OLED screen to the bottom of the camera unit via magnetic locks, so you can take selfies or vlogs in no time. Recording audio is not a problem, because the lone microphone from the camera unit is paired with three more from the module to record audio from every direction.

There’s a hot-swappable power module that you can connect for adding a microSD card slot and filming for up to 180 minutes. There are wearable accessories, too, such as a magnetic headband and lanyard, so you can wear the Action 2 on your head or chest for a handsfree shoot, making “first-person views” footage more exciting. You can find the full list of accessories here.

In the United States and Europe, the dual-screen package is priced at $519 and €520, respectively, while the one with the power module is retailing at $399 and €400.