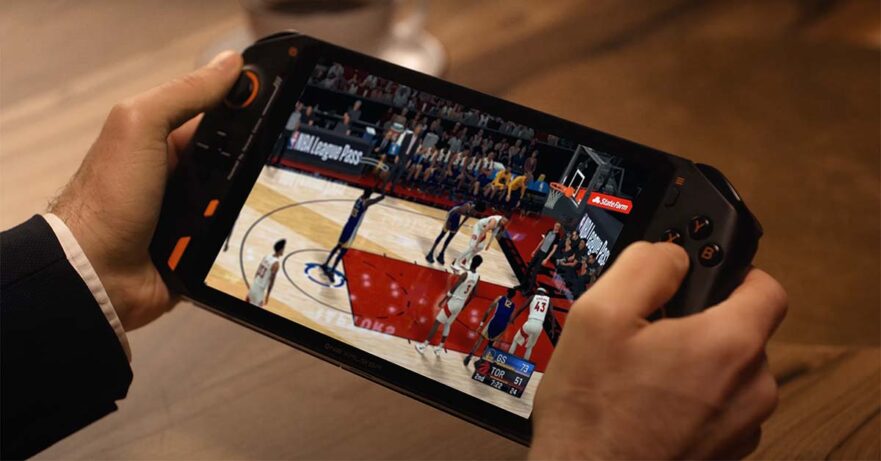 The portable gaming device in the mold of the Steam Deck is priced at P59,995 (around $1,198 converted) in the country. For the money, you’re looking at a Nintendo Switch-sized PC powered by an 11th-Gen Intel Core i7-1195G7 CPU, coupled with Iris Xe graphics, 16GB of RAM, and 1TB of fast SSD storage — and complete with dual analog sticks, a D-pad, four face buttons, four shoulder buttons, and stereo speakers.

If you’re not familiar, this particular CPU model is from the Tiger Lake family and integrates four processor cores and eight threads (thanks to Hyper-Threading), with a TDP between 12 watts and 28 watts. The spec is designed for thin laptops and ultrabooks, but in a handheld like the OnexPlayer 1S with a much smaller 8.4-inch screen, it’s enough to run most modern games at medium to high graphics settings at stable frame rates.

And that’s really the appeal here. There are few portable devices on the market thus far that can run PC games at 1080p or higher resolution with reasonable settings. The idea of the OnexPlayer 1S as a Switch-like PC gaming machine you can take anywhere is an enticing one. Not to mention, it boots licensed Windows 10 out of the box, allowing you to actually get some office work done on it.

DataBlitz also sells two accessories for the OnexPlayer 1S: the OnexPlayer Magnetic Keyboard and an official storage bag for P1,695 ($34) and P895 ($18), respectively.