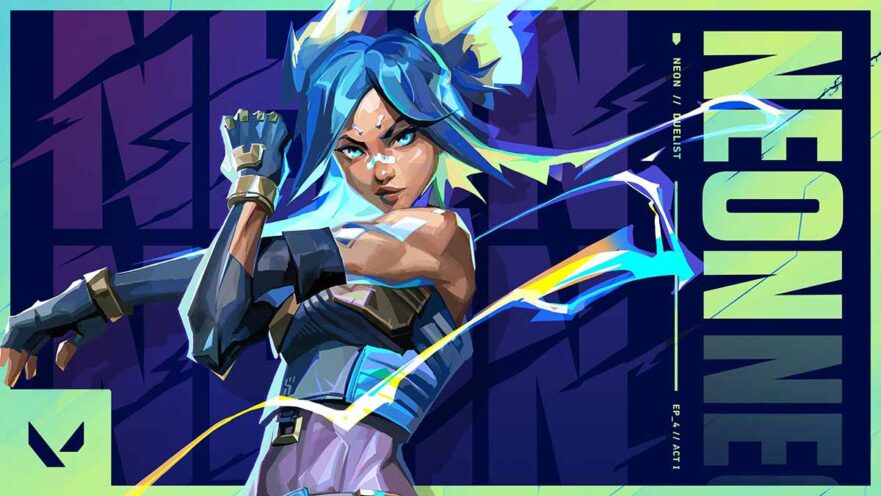 Recent times have seen an increased representation of Filipinos in pop culture and media, and we can now add to the list Neon, a Manila-based agent and the latest playable character in the free-to-play, class-based FPS Valorant.

According to Valorant developer Riot Games, she is a duelist that favors a run-and-gun style of gameplay, her powers allowing her to create two electric barriers and fire a solid beam of electricity at other combatants. She is set to be the 18th agent released in Valorant.

Neon will launch as part of the game’s Episode 4 Act 1 update, which will be available starting January 12. Perhaps more importantly, Neon is designed by Filipino Ryan Cousart and voiced by another kababayan, Vanille Velasquez. The reveal trailer also features a song by Filipino-Australian artist Ylona Garcia and contains a number of references to her heritage, including a walis tambo or broom and a framed Pilipinas No. 5 jersey famously worn by Gabe Norwood and L.A. Tenorio.

SURPRISE! excited to finally announce my partnership with valorant ! thank you vv much for helping me keep my mouth shut until now, @PlayVALORANT !

NEON IS SO COOL! LOVE HER TASTE IN MUSIC! ⚡️⚡️ pic.twitter.com/CvtknPmyV4

I am unbelievably honored, stoked and PROUD AF to announce that I am the voice of VALORANT Agent 19 NEON! 💙💙💙⚡️⚡️⚡️

This has been such a dream come true. I’m kind of at a loss right now. This doesn’t feel real. I can’t believe I’m really saying this right now. pic.twitter.com/qoB96SZkC1

Meet the voice behind Neon

Released in June 2020, Valorant has quickly risen to become one of the most popular FPS games in the world, with around 14 million players per month. Team Secret, an all-Filipino esports team, surprised the world after finishing at fifth-to-eighth places in last year’s Valorant Champions tournament.

Valorant, which is only available on PC at the moment, is expected to arrive sometime in 2022 on mobile platforms. We expect Valorant Mobile to have the same fast-paced gameplay as that of the PC release, but possibly with smaller maps and fewer agents at launch. Riot previously clarified that it has no plans for cross-play between the two versions of the game.