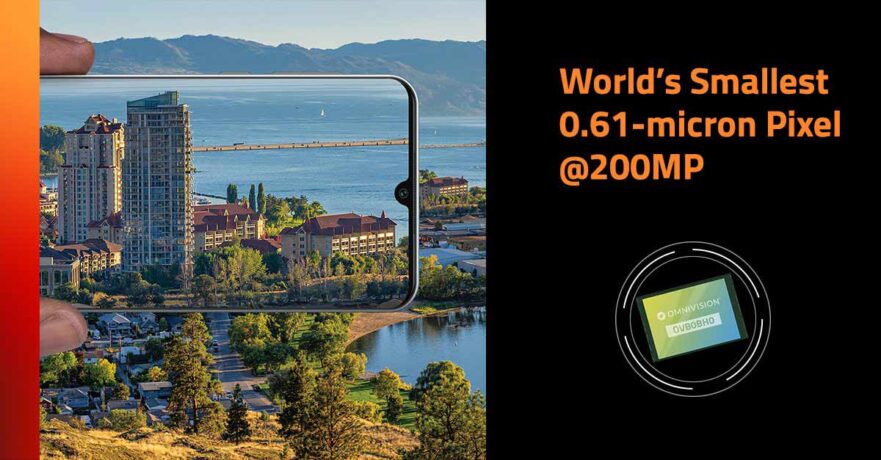 At the International CES 2022, Omnivision unveiled its OVB0B image sensor for flagship mobile devices. The OVB0B is the Chinese company’s first-ever 200-megapixel image sensor and the smallest in its class.

You might recall that Samsung announced the 200-megapixel Isocell HP1 image sensor with its proprietary ChameleonCell pixel-binning technology last year. Samsung has not said when we will see the Isocell HP1 in commercial products, though the South Korean tech giant is expected to launch its first 200-megapixel smartphone sometime in 2023.

There’s no word yet on when the Omnivision OVB0B will go into mass production, but samples are already available for manufacturers. You can visit the company’s official website for ordering information.

Check out this product brief of the Omnivision OVB0B. The 200-megapixel image sensor was introduced at CES 2022, which was held in Las Vegas, Nevada

The middle of next year seems to be a relatively probable date for the sensor’s debut. What is certain is that the OVB0B’s 0.61μm individual pixels are smaller than the Isocell HP’s 0.64μm pixels.

Similar to Samsung’s next-gen component, the Omnivision sensor has a four-by-four 12.5-megapixel image setting, except with a pixel-size equivalent of 2.44µm, instead of 2.56μm. Nonetheless, the OVB0B’s pixel-binning tech should result in class-leading 2K or 4K video capture, even in low light.

The Omnivision OVB0B also supports 50-megapixel video at 24 frames per second, as well as super-sharp 8K video with 1.22µm-equivalent pixels at a frame rate of 30 fps. Finally, it boasts quad phase detection for fast auto-focus performance.