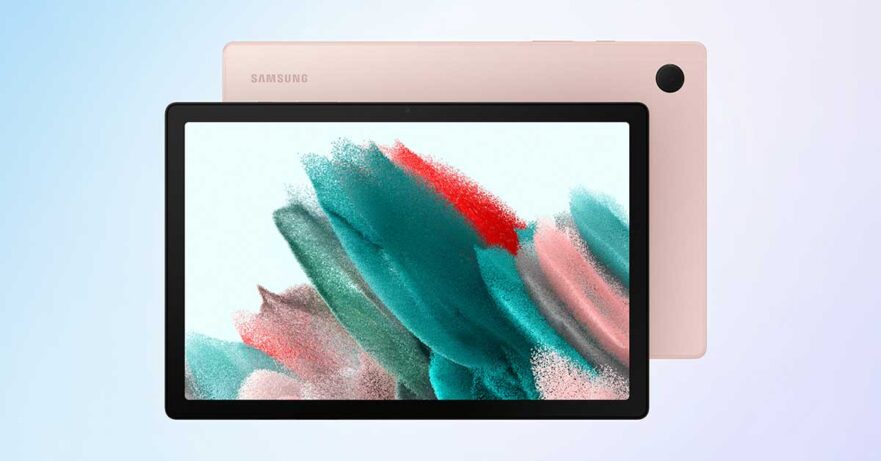 Hot on the heels of the Samsung Galaxy S21 FE 5G becoming official, Samsung today revealed the pricing and availability details of the recently launched Samsung Galaxy Tab A8 in the Philippines.

The budget tablet is the successor to the Galaxy Tab A7, which was powered by an 11nm Qualcomm Snapdragon 662 chipset and priced as low as P16,990 (around $331) at launch.

Until February 28, customers who purchase the Wi-Fi edition of the Samsung Galaxy Tab A8 will get a free Clear Edge Tablet Case worth P1,299 ($25), while those who opt for the LTE version will receive a free Book Cover valued at P2,599 ($51).

The Korean company’s more aggressive pricing potentially comes at the expense of dropping Qualcomm components from its big, low-cost tablet and turning to the lesser-known Unisoc Tiger T618 platform. That’s not to say the Tiger T618 is slower than the Snapdragon 662; it’s probably not, thanks to its more powerful GPU.

Specs-wise, the 12nm chip features two Cortex-A75 performance cores and six Cortex-A55 efficiency cores operating at 2GHz, while graphics are handled by a Mali-G52 GPU. Both local variants of the Tab A8 ship with 4GB RAM and boot One UI based on Android 11 out of the box.

Additionally, the latest Samsung tablet packs a 10.5-inch, 16:10 TFT display with 1,920 x 1,200 resolution, quad speakers with Dolby Atmos, and a 7,040mAh battery that supports fast charging up to 15 watts. It also has a single 8-megapixel camera at the back and a 5-megapixel sensor for selfies.

Time will tell if the new Samsung Galaxy Tab A8 can make the budget-tablet segment in the Philippines more interesting and if it can prove to be a worthy alternative to either the cheaper Realme Pad or higher-specced Xiaomi Pad 5.