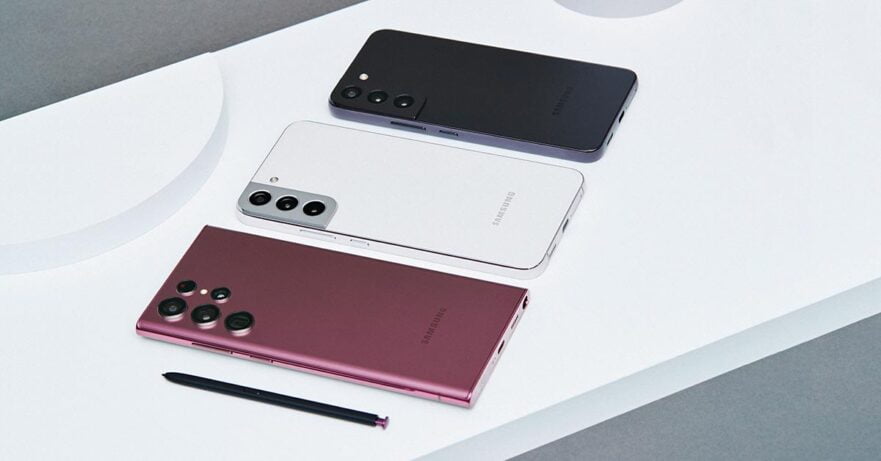 Finally. One of the most-talked-about mobile lineup in the rumor mill is official. Samsung has rolled out the red carpet for its latest Galaxy S22 series at its Galaxy Unpacked 2022 launch event.

(Update, June 8: And there will be a limited-edition Samsung Galaxy S22 Ultra variant themed on Diablo Immortal!)

The South Korean electronics maker unveiled three smartphones — the Samsung Galaxy S22, Galaxy S22 Plus, and Galaxy S22 Ultra — and as many tablets under the Galaxy Tab S8 branding. In the Philippines, Samsung’s latest flagship handsets will retail at these prices:

Preorders start today, February 9, until March 3. Customers who purchase the Galaxy S22, S22 Plus, and S22 Ultra during the presale period will get discounts and freebies worth up to P13,200 ($258). Samsung’s preorder offer will vary depending on where you make your purchase, but the discounts should even out. Shipping will begin on March 4.

Press releases. The one on the S22 and S22 Plus starts on page 6. They both reveal that the new flagships will indeed get 4 Android OS updates

This year, the big story is the Galaxy S22 Ultra adopting some Note features, including a more angular design and Samsung’s S Pen and stylus smarts, as previously hinted in the brand’s official teasers.

At the back, the top-shelf Galaxy will keep essentially the same camera hardware of its predecessor, so expect a quad-camera array with a 108-megapixel main sensor, but the rear design has been overhauled to make the S22 Ultra look like an iteration from the Note series. Visually, the S22 Ultra looks like an evolutionary upgrade from 2020’s Note 20 Ultra with its boxy styling and big, curvy display.

The vanilla S22 and S22 Plus variants, on the other hand, pretty much adopt the same aesthetics as last year’s models, featuring rounded edges and a corner camera bump that curves into the rear panel to provide a more seamless look. Both phones also pack flat screens with an adaptive 120Hz refresh rate and a 240Hz touch-sampling rate in Game mode.

Inside, the Galaxy S22 series boasts either a Qualcomm Snapdragon 8 Gen 1 5G chipset or Samsung’s flagship Exynos 2200 with an AMD RDNA-based GPU, depending on the market. The latter is the first mobile processor to include a GPU powered by the RDNA 2 architecture, which allows for PC-like features such as hardware-accelerated ray tracing. Both chips are based on a 4nm process technology. In the Philippines, we’re getting the Snapdragon variants.

A new epic standard is about to be set. #SamsungUnpacked is now LIVE.https://t.co/gygenbGLOO

In case you want to watch the launch itself