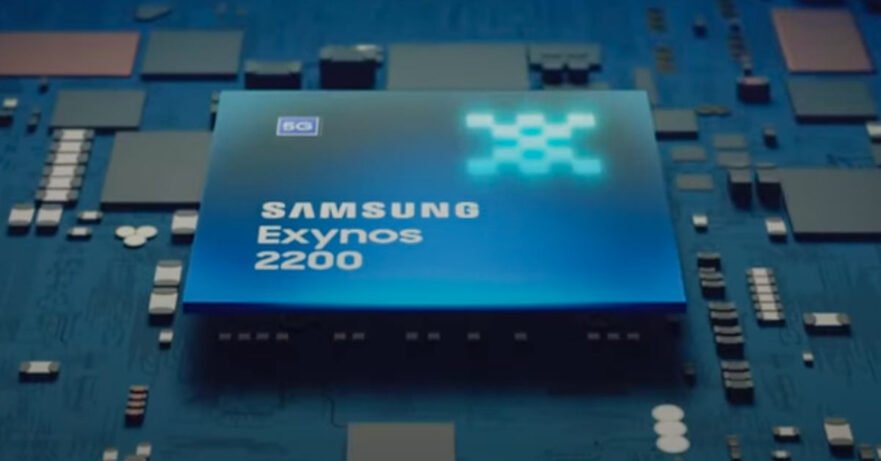 After being delayed for a week and much speculation about its future with Samsung‘s flagship Galaxy S22 series, the Samsung Exynos 2200 is finally official.

The Korean technology giant has announced its latest powerhouse chipset that was originally expected to launch January 11. Built in collaboration with AMD, the Exynos 2200 is the first mobile SoC to include a GPU powered by the RDNA 2 architecture, which allows for PC-like features such as hardware-accelerated ray tracing.

Samsung says the 4nm chip is already in mass production, suggesting that we might see it in all of the Samsung Galaxy S22 models, including the top-of-the-line Galaxy S22 Ultra, despite rumors claiming otherwise. The Samsung Galaxy Unpacked 2022 event, which will introduce the OEM’s Galaxy S22 lineup, has been tipped to happen first or second week of February.

#PlaytimeIsOver. Introducing the next #Exynos2200 with the new Xclipse GPU born from @AMD RDNA 2. https://t.co/MKBNn7xzHP pic.twitter.com/xMbdAmvQ5F

Across the range, we’re expecting big updates to the main camera as well as the chipset. Which brings us back to the Exynos 2200. Previously, it was rumored that Qualcomm’s Snapdragon 8 Gen 1 chip may be used in more Galaxy models than anticipated, with the Galaxy S22 Ultra believed to only ship with a flagship Snapdragon processor in all regions that it will be sold in.

According to reports, the Exynos 2200 failed to impress, posting lower benchmark scores than the Qualcomm Snapdragon 8 Gen 1 and Apple A15 Bionic in the same tests. In a now-deleted tweet, noted Samsung leaker Ice Universe described the GPU performance of the upcoming Exynos chip as the “worst” among its flagship rivals, unable to beat even the Mali-G710 MP10 GPU in the MediaTek Dimensity 9000.

For now, it seems Samsung hasn’t changed its plans for the 2200 — and that’s probably for the best considering all the efforts it had taken to develop and promote the chipset.

Press release detailing the specs and features of the processor