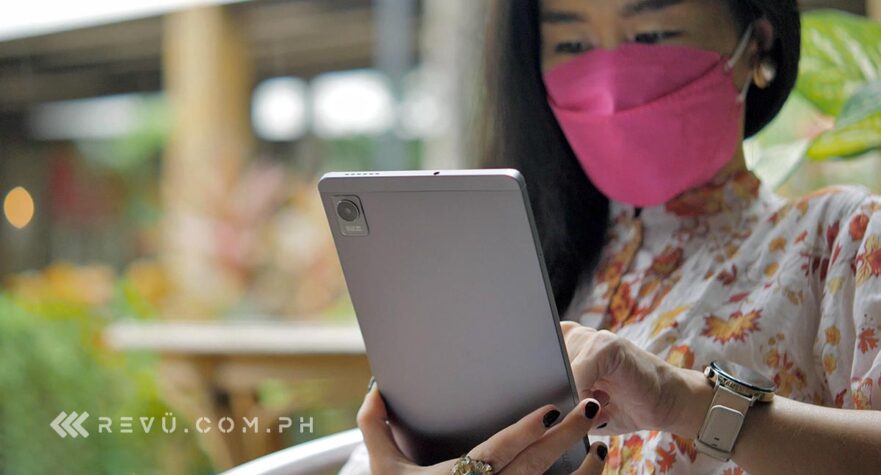 If you think size matters, why not go for a mini for some added portability? The Realme Pad Mini is now official in the Philippines as the company’s latest budget tablet and the first-ever Realme device to launch in the country.

Locally, the base LTE variant with 3GB RAM and 32GB of internal storage has a suggested retail price of P9,990 (roughly $195), while the LTE model with a 4GB/64GB memory configuration is priced at P11,990 ($234). Realme says it will soon offer the tablet in a 3GB/32GB Wi-Fi variant. Your color options are blue and gray.

Launched as part of the brand’s technology-lifestyle ecosystem of products, the Realme Pad Mini will also be available at all Realme official stores and partner dealers nationwide. Anyone who buys the tablet from April 4 to April 30 will get a free Realme Mobile Game Finger Sleeves.

On the display side, this Mini packs an 8.7-inch IPS LCD with HD+ resolution and ends up with a 5:3 aspect ratio, which is better suited for gaming and watching videos. It also comes with a Sunlight mode for better visibility when using the tablet outdoors.

Visit this for more videos

A Unisoc T616 chipset, which powers the Realme C35 as well, sits under the hood of the device. If you’re not familiar, the processor is built on a 12nm process and pairs two Cortex-A75 cores with six Cortex-A55 efficiency cores and Mali-G57 graphics.

Keeping the lights on is a 6,400mAh battery that supports fast charging up to 18 watts using the included power adapter and cable. The Realme Pad Mini is equipped with a single-lens camera system on the front and back for taking pictures and recording videos on the tablet.