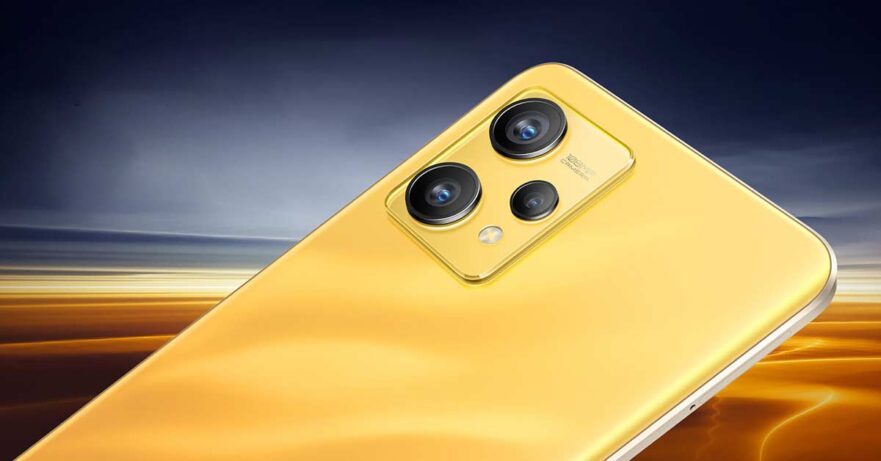 Brace yourself. The Realme 9 family is about to welcome a new member.

(Update, April 7: The Realme 9 4G has debuted as the first device equipped with the latest 108-megapixel camera sensor from Samsung!)

The LTE smartphone will launch as one of the world’s first handsets to use a Samsung ISOCELL HM6 108-megapixel sensor, which features NonaPixel Plus and 9-sum pixel-binning technologies and can supposedly take in 123% more light to produce brighter pictures with less noise. The said sensor is assisted by 120-degree utlrawide-angle and 4cm macro cameras.

The #realme9 is coming to take over your world!

Stay tuned while you #CaptureTheSpark, and prepare to be mesmerized.

Another highlight of the Realme 9 4G is a Super AMOLED display, which the Realme 9 Pro lacks. The screen has a 90Hz refresh rate and with touch sampling set at 360Hz. Expect 100 nits of peak brightness, 10,240 levels of brightness adjustment, and an in-display fingerprint heart-rate monitor as well.

There are three color options, and the most attractive in our eyes is the Sunburst Gold variant. Similar to the Stargaze White version, it adopts what Realme calls a “ripple holographic” design. The Meteor Black unit doesn’t seem to get that same look. All get a 7.9mm-thin body and re light at 178 grams.

We’re not sure if or when the Realme 9 4G will be released in other countries, such as the Philippines, but we’ll let you know as soon as as we get an update.