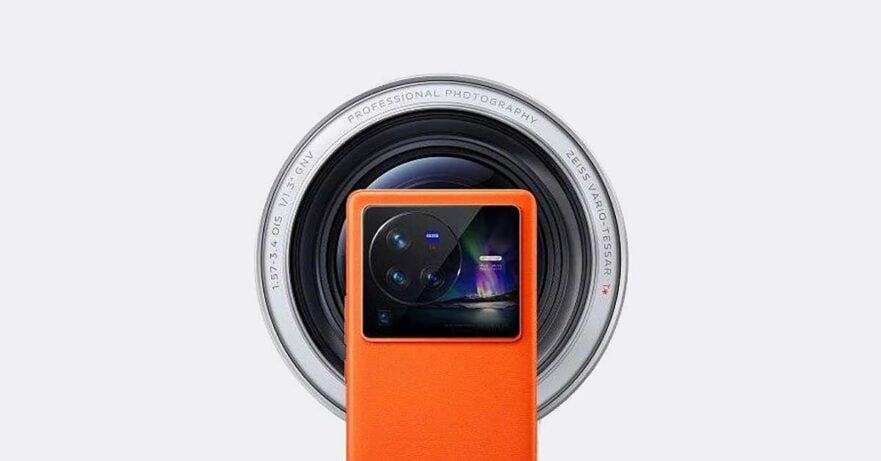 Following the release of its first foldable smartphone, the Vivo X Note, Vivo has confirmed that its upcoming flagship X80 series will debut in China soon.

We’re expecting at least two entries, with the standard X80 and X80 Pro models likely taking center stage next week. The date to watch is April 25.

As the lineup’s rumored launch date approaches quickly, photos showing scenes from the landing of China’s Shenzhou 13 space mission captured on the Vivo X80 Pro have been shared by the brand online. Some possible specs of the X80 phones have also recently surfaced just days ahead of the launch.

You might recall that last year’s Vivo X70 5G with a MediaTek Dimensity 1200 SoC arrived in the Philippines with a suggested retail price of P34,999 (around $671 converted). If the leaks are true, the next-gen X80 should be much more powerful than what came before.

According to the rumor mill and a listing on the Google Play Console website, the vanilla Vivo X80 will be powered by the MediaTek Dimensity 9000 5G chipset, which uses a 4nm manufacturing process and can also be found in the Redmi K50 Pro as well as the MediaTek-fitted variant of the OPPO Find X5 Pro.

Interestingly, the X80 will reportedly perform better than any other Dimensity 9000-based phone on the market today in terms of heat management. It should ship with the latest version of Origin OS based on Android 12.

Elsewhere, the panel is said to be 6.78 inches and of the LTPO 2.0 FHD+ E5 AMOLED variety. We can expect a refresh rate between 1Hz and 120Hz, thus allowing for longer battery life.

Additionally, the regular Vivo X80 might come with Sony’s new 50-megapixel IMX866 image sensor RGBW pixel-matrix, as opposed to its predecessor, the IMX766, which is an RGGB sensor. Whatever the case, both the X80 and X80 Pro will use Zeiss lens and Vivo’s own V1 custom imaging chip for higher-quality shots, especially in low light.

The Vivo X80 Pro, on the other hand, is said to sport a Qualcomm Snapdragon 8 Gen 1 chipset, alongside a similarly large but likely sharper LTPO 2.0 E5 AMOLED screen and a quad-camera setup on the back with a combination of a Samsung Isocell GN5 sensor and Sony IMX598 and IMX663 sensors.