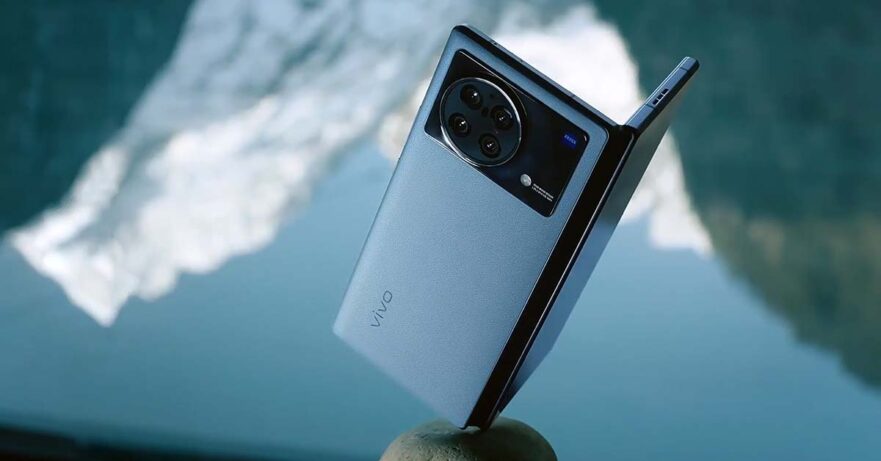 While Vivo didn’t specify which models will be released in international markets, its chief executive for the Indian market previously confirmed via social media that the X Note will also launch in India after its Chinese release. This seems to suggest the high-end foldable might debut in the Philippines as well as in other countries, although a local outing would be tricky without a telecom partner.

Here are the retail prices of the newly launched devices in China:

True to the leaks, the X Fold follows in the footsteps of the Samsung Galaxy Z Fold series, with an outwards-folding book-style design featuring two 120Hz E5 AMOLED screens, two selfie cameras, and quad cameras with Zeiss optics on the back. It’s also the first folding handset powered by Qualcomm’s Snapdragon 8 Gen 1 5G chipset, making the X Fold the most powerful device in its class — for now, at least.

Impressively, the Vivo foldable, like the OPPO Find N, doesn’t show a crease in the middle as most foldable screens do. Size-wise, it’s about as tall and wide as a typical Android flagship, but it’s also undeniably thick and bulky, owing to its main and secondary displays. Speaking of, the cover screen measures 6.53 inches diagonally, so it’s much taller — and more suited for gaming and viewing content — than the Find N’s 5.49-inch panel.

The X Note’s biggest attraction is its massive 7-inch E5 AMOLED screen with QHD+ resolution and a large 3D ultrasonic fingerprint reader, which Vivo debuted on last year’s iQOO 8 Pro. The latter is faster, more accurate, and easier to set up than previous under-display solutions.

Unfortunately, unlike the Galaxy Note phones, Vivo’s oversized handset doesn’t house a stylus anywhere in its body. Not to mention, it appears to have far fewer note-taking features than the Samsung devices that inspired it.

Like the X Fold, the X Note packs a Snapdragon 8 Gen 1 chip internally, giving it more than enough power to keep everything on its massive display moving smoothly. The 5G processor is joined by Vivo’s in-house X1 ISP chip for improved image optimization.

Finally, we have the Snapdragon 870-based Pad, Vivo’s initial tablet offering. It offers a sizable 11-inch panel sporting a 2,560 x 1,600 resolution to go along with a 120Hz refresh rate.

It runs Vivo’s new Origin OS HD Android skin, which introduces several interesting features, including one-touch NFC pairing as well as the ability to mirror your phone’s display on the tablet. The battery backup is 8,040mAh and supports fast charging up to 44 watts.