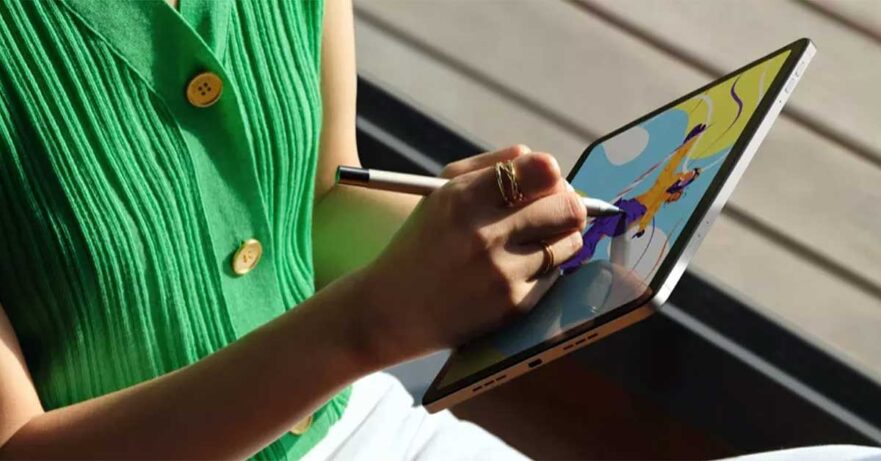 OPPO‘s first tablet, the Qualcomm Snapdragon 870-based OPPO Pad, which was announced late in February, will be joined by a more affordable model soon.

And just like its high-end sibling, the OPPO Pad Air will apparently also take inspiration from Apple’s naming scheme for tablets. The device has been recently made available for preorder in China through OPPO’s retail website, though potential customers will have to wait until May 23 for its official launch.

Additionally, the Pad Air has been confirmed to support stylus input via the OPPO Pencil. It will likewise be compatible with a first-party keyboard folio case, as hinted at by one of its promo images.

The company has yet to reveal the specs and pricing details for the tablet, but earlier leaks suggest the OPPO Pad Air will sport midrange specs, to go along with a relatively more attractive price tag than the standard Pad.

Under the hood, the OPPO Pad Air is said to be equipped with a 7,100mAh battery that supports up to 18-watt fast charging over USB-C and a Qualcomm Snapdragon 680 4G chipset, the same processor inside the OPPO A96 that recently launched in the Philippines with a P15,999 ($305) price tag.

On the audiovisual front, the tablet will reportedly pack quad speakers with Dolby Atmos audio, alongside a 10.36-inch LCD display with 2K resolution and a 60Hz refresh rate. The Pad Air will also have a rear single camera of unknown resolution.