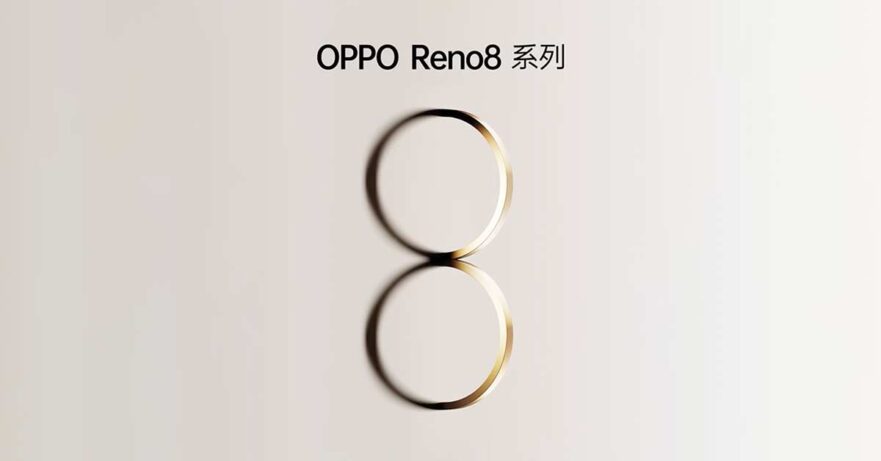 So it’s not only the OPPO Pad Air that will be launched in China next week; new Reno lineup phones will go official as well.

Based on an update the company posted on Chinese social-media platform Weibo, the OPPO Reno8 series will debut May 23. No specific models have been mentioned, but the internet is already abuzz with leaks on the OPPO Reno8 Pro, OPPO Reno8, and OPPO Reno8 SE.

The Reno8 Pro is supposedly powered by a MediaTek Dimensity 8100 Max 5G, the same custom chipset that’s in the OnePlus Ace. It supposedly features a 6.7-inch 120Hz OLED screen and comes in Dark Black, Roaming Gray, and Xiaoyao Green colors.

The vanilla Reno8, on the other hand, is rumored to debut Qualcomm’s Snapdragon 7 Gen 1 chip. This could be true, because the chipmaker will announce new mobile platforms on the 20th. Coincidence? Probably not, considering OPPO’s launch teaser says, “New Reno, core friend.”

The smartphone is also said to sport a 6.62-inch E4 OLED display with a 120Hz refresh rate and either Encounter Blue, Slightly Drunk, or Night Tour Black shade.

As for the Reno8 SE, it’s expected to get a MediaTek Dimensity 1300 processor and a 6.43-inch 90Hz OLED screen. There are supposedly three colors to choose from: Slightly Drunk, Night Tour Black, and Clear Sky Blue.

Word has it that the trio will be equipped with a 4,500mAh battery that supports up to 80 watts of fast charging, three cameras on the back, a 32-megapixel selfie shooter, and Android 12-based ColorOS.

Because the brand’s Reno7 series just became available in the Philippines, we’re guessing the upcoming batch of Reno phones will be released locally sometime in August, the same month the Reno6 lineup became official in the country.