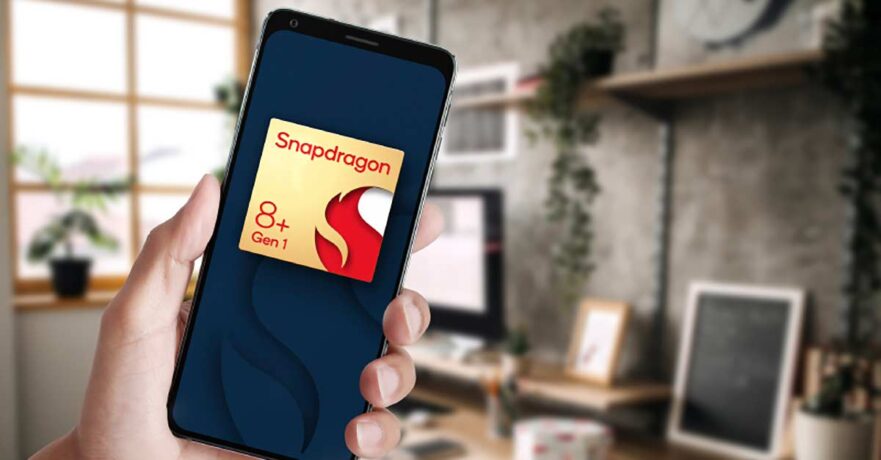 Qualcomm has unveiled the follow-up to the Snapdragon 8 Gen 1, aptly calling its latest — and now, most powerful — chipset yet, the Qualcomm Snapdragon 8 Plus Gen 1.

As expected, the new SoC is an iterative upgrade over its predecessor, but still brings some notable performance and power efficiency improvements to the flagship segment. Qualcomm advertises a 10% CPU performance boost and a 30% improvement in power efficiency for the chip, to go along with higher frequencies on its Prime, Gold, and Silver cores, which now run at 3.2GHz, 2.75GHz, and 2.0GHz, respectively.

Additionally, the GPU of the Snapdragon 8 Plus Gen 1 operates at a 10% higher frequency while consuming up to 30% less power. The AI engine, meanwhile, offers 20% improved performance per Watt ratio, leading to even better power efficiency. As a whole, the new top-end chip is reportedly 15% more power-efficient than what came before it. It’s supposed to last an hour longer when gaming and 80 minutes longer if video streaming is thrown in the mix.

The Qualcomm Snapdragon 8 Plus Gen 1 still uses a 4nm fabrication process, but the chipmaker has switched foundries — from Samsung to Taiwan’s TSMC — for better efficiency numbers.

Our latest premium-tier powerhouse is here: The #Snapdragon 8+ Gen 1 Mobile Platform, delivering the ultimate boost across all your on-device experiences. [1/5] pic.twitter.com/5HjjRiFtO3

Qualcomm says that the first Snapdragon 8 Plus Gen 1 devices will be available in the third quarter of 2022, with a long list of manufacturers jumping in and joining the rush. These include ASUS, Lenovo, Motorola, OPPO, Realme, Vivo, and Xiaomi.

While we don’t have the exact launch dates yet, ASUS recently confirmed that it would be the first to adopt the Snapdragon 8 Plus Gen 1 on a gaming phone. According to the Taiwanese company, its upcoming ROG Phone 6 will be powered by Qualcomm’s newest flagship SoC.

Newcomer OSOM has also teased on social media that its debut device will sport a Snapdragon 8 Plus Gen 1 when it arrives later this year.

The rumored Motorola RAZR 3, on the other hand, may end up being the first Snapdragon 8 Plus Gen 1 foldable smartphone on the market, if the company’s latest teaser on Weibo is anything to go by.

Finally, we have the Realme GT 2 Master Explorer Edition, which will be introduced in China as one of the first phones to come equipped with a Snapdragon 8 Plus Gen 1 chip under the hood. It’s unclear if the phone will launch in international markets, including the Philippines, but considering the GT Master Explorer Edition was exclusive to the Chinese market, we don’t want to get our hopes up.