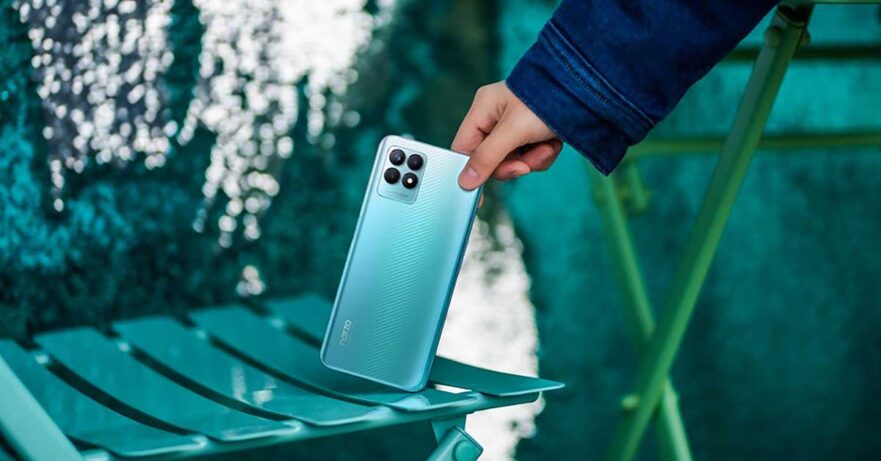 The latest Narzo 50 series models were offered on Realme‘s global online store alongside the Realme GT 2 Pro in March. But tomorrow, May 18, they will finally — and officially — land in the Philippines.

Designed to redefine the entry-level mobile-gaming experience, the Realme Narzo 50 boasts a power-efficient MediaTek Helio G96 chip, complemented by a 5,000mAh battery, so you can play nonstop for a long time. Think a standby time of 37.6 hours at 5% power. And when it’s time for you to charge the phone, you won’t have to wait long for it to be topped up, thanks to its support for 33-watt Dart Charge technology.

Even the screen is designed with mobile gamers in mind. The punch-hole display is big at 6.6 inches and features a refresh rate of up to 120Hz and a six-level variable frame. Other features of the Narzo 50 include a 50-megapixel AI triple camera, a 16-megapixel selfie shooter, a fingerprint sensor that doubles as a power key, a user interface that’s based on Android 11, and what Realme calls a Kevlar Speed Texture Design for a sleek, gaming-inspired look.

Also arriving in the country to “make Filipinos #FeelThePower when it comes to gaming,” the more affordable Realme Narzo 50A Prime sports a Unisoc T612 chipset with two Cortex-A75 and six Cortex-A55 cores. The battery is rated like the one in the Narzo 50, allowing for 42 days on standby, 39 hours of continuous calling, 96 hours of audio playback, and 21 hours of video playback. With its support for 18-watt quick-charge tech, the handset can go from 0% to 100% in a little over 2 hours.

With the slim Narzo 50A Prime, you likewise get a 6.6-inch display with a high screen-to-body ratio of 90.7% and a touch-sampling rate of 180Hz for smooth scrolling and easy game control. There’s also triple-rear-camera setup headlined by a 50-megapixel sensor, an 8-megapixel front-facing unit, a side-mounted fingerprint sensor, storage expandability up to 1TB via a microSD card, and Realme UI R Edition.