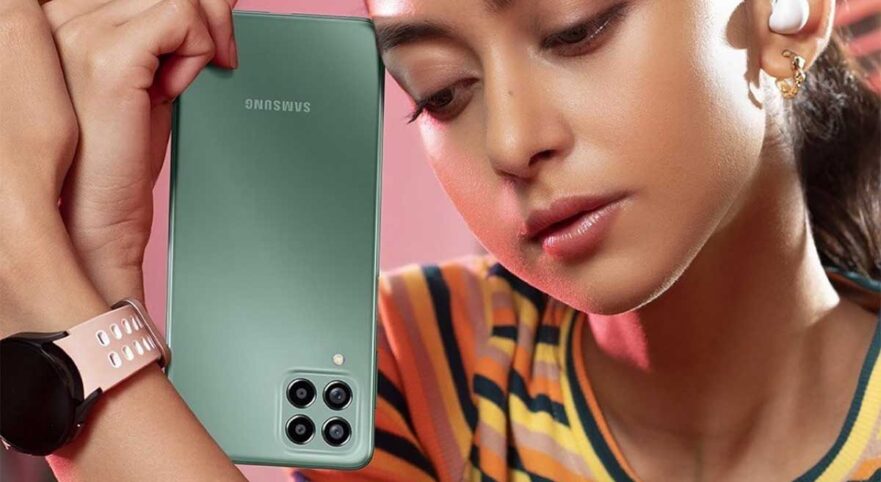 (Update, May 24: The Samsung Galaxy M53 5G is now available in the Philippines!)

The Samsung Galaxy M53 5G is based on a MediaTek Dimensity 900 chipset, which also powers devices such as the OPPO Reno7 5G, OPPO Reno6 5G, Tecno POVA 5G, and Infinix Zero 5G. It comes with a quad rear camera, whose 108-megapixel primary sensor offers nine-pixel-binning technology and flagship-inspired features such as Single Take for taking up to 10 outputs in one click and Object Eraser for removing unwanted objects from photos.

The premium-midrange phone’s Super AMOLED display measures 6.7 inches, has a refresh rate of 120Hz, and is protected by Corning Gorilla Glass 5. Other specs include a 32-megapixel selfie camera, a 5,000mAh battery with support for 25-watt fast charging, a side-mounted fingerprint reader, and Android 12-based One UI 4.1. You can choose to get the blue, green, or brown color variant.