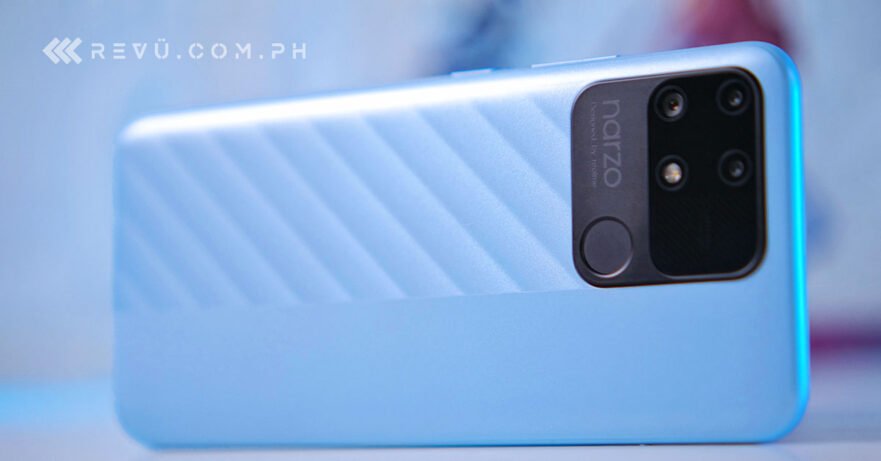 Realme announced the Narzo 50A for the Philippine market recently, with the company’s latest “entry-level gaming champion” priced as low as P6,990 (about $138 converted) for a limited time. It has a local suggested retail price of P7,990 ($158).

The phone will initially be available during Realme’s 11.11 mega sale on Lazada in Oxygen Blue and Oxygen Green colors. Now, if you’re thinking of picking up the Narzo 50A at a discounted price, you may want to read ahead and find out what its key features are, especially considering how many good yet surprisingly handsets are out there right now.

Change the way you play with the all-new narzo 50A!
💪 MediaTek Helio G85 Gaming Processor
📸 50MP AI Triple Camera
🔋 6000mAh Massive Battery
Get this on Lazada 11.11 Sale and get P1,000 OFF!
Add to Cart Now! 👉 https://t.co/HnHutmiF5o#YourEntryLevelGamingChampion #realmePH pic.twitter.com/U4GLDYFXca

A looker for less

When you think of budget smartphones, design might not be the first thing that comes to your mind. You probably think of handsets that can get away with the bare minimum. Not the Realme Narzo 50A.

Like other Narzo phones before it, the Narzo 50A doesn’t compromise on design despite its relatively low asking price. In fact, we’d argue that Realme’s latest budget phone looks more premium and stylish than most of the competition, sporting an immediately distinguishable design that combines a textured matte finish and a 3D pattern that gives the illusion of actual diagonal ridges at the back.

That — plus the nice colorway of the Oxygen Blue variant we have — makes for an attractive unit that might surprise you with its price. The plastic build, albeit a tad thicker than you might be accustomed to, feels sturdy and of high quality. Coming in at around 207 grams, the Narzo 50A’s weight is respectable, too, considering its massive battery backup.

The Narzo 50A is equipped with a 6.5-inch LCD display with an extended HD resolution and a waterdrop notch to accommodate the front-facing camera. Realme says the notch design of the new Narzo is smaller than we’re used to and brings the screen-to-body ratio up to 88.7%. The 20:9 aspect ratio, meanwhile, gives users a wide cinema-like viewing experience when streaming videos.

Of course, that’s not to say the screen doesn’t look good while playing mobile games at native resolution. It also comes with a few display options to make nighttime viewing more comfortable, including Dark Mode and Eye Comfort. Sunlight Mode, on the other hand, allows the screen to reach 570 nits of brightness, to make it usable outdoors in sunny conditions.

The Realme Narzo 50A upgrades its rear camera to a 50-megapixel unit with f/1.8 aperture lens. The main camera sits alongside a pair of 2-megapixel sensors for macro and monochrome/portrait shots and offers phase-detection auto-focus for fast and accurate focus locks in most lighting conditions. The large image sensor at the back supports up to 10x digital zoom as well, enabling detailed shots from long distances.

The Narzo 50A also comes with a 50MP Mode to capture landscapes at a higher resolution, though at the expense of some dynamic range and noise-handling. Additionally, the default Camera app introduces two new photo filters: Astral and Dazzle. Astral makes night scenes look psychedelic, while Dazzle brings out more colors in a picture.

Check out our sample photos to see why the Narzo 50A’s high-resolution image sensor is one of its biggest attractions. 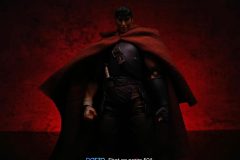 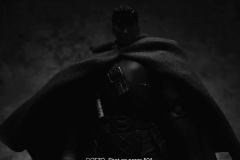 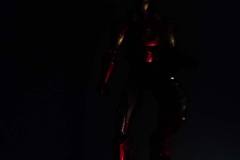 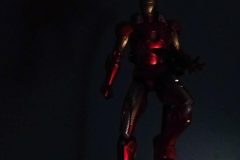 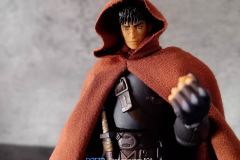 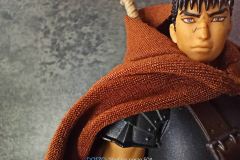 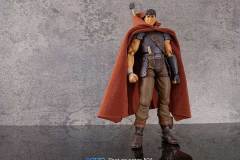 Here‘s the high-res file of the last picture. Click on a thumbnail to launch the gallery

Powering the Realme Narzo 50A is a monster 6,000mAh battery backup, which is rated for up to 53 days of battery life in Standby mode, and is said to deliver up to 27 hours of YouTube playback or up to 8 hours of continuous gaming.

While those are tall claims, we’re happy to report that the smartphone pretty much holds up to expectations, lasting 18 hours and 32 minutes in our PCMark battery test at a 50% display brightness. In day-to-day use, two days of battery life can be achieved on a single charge. As a backup handset, the new Narzo provided us with five days of light usage consisting of web browsing, social media, and podcast streaming.

More mileage obviously sounds great, but if you need to charge in a hurry, the Realme Narzo 50A’s 18W Quick Charge standard has got you covered. With the included USB-C adapter, you should be able to get a full charge in about three hours.

Powering the Narzo 50A is the same MediaTek Helio G85 chipset we’ve seen in many other bargain phones before, including the Realme Narzo 30A.

In our experience, the Helio G85 has proven to be a capable entry-level chip that can cross the 200,000 mark in Antutu Benchmark and run intensive AAA games like Genshin Impact, which is easily one of the most graphically demanding mobile games ever made.

We were able to hit around 30 fps using the game’s lowest preset. Switching to Medium produced slightly better graphics at the cost of unstable frame rates, with our fps hovering in the mid-20s during gameplay. Nonetheless, we were pleased with the performance we saw considering how much the Narzo 50A costs, plus the fact that Genshin Impact still looks stunning even when the graphics options are reduced to the worst setting.

From a performance standpoint, you couldn’t ask for much better value. Driven by the Helio G85, we believe the Realme Narzo 50A ranks among the best in its class when it comes to price/performance ratios.