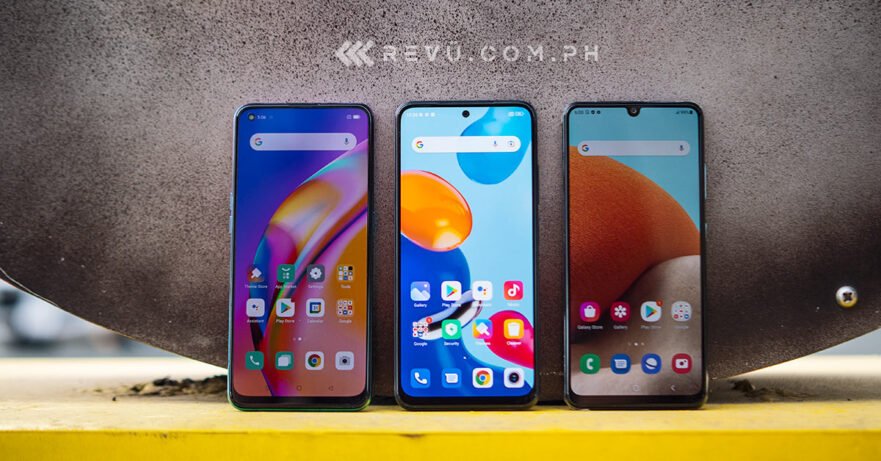 Counterpoint Research has released its latest analysis on the Philippine smartphone market, and with it, the top 5 brands in the category from January to March this year.

(Update, June 1: Counterpoint Research puts Samsung ahead of other smartphone vendors in the Philippines in Q1 2022. But another firm says otherwise.)

According to the market-research firm’s report, Samsung Philippines was off to a good start in 2022, taking the No. 1 spot with a 26.4% share, up from 22.3% in the same period last year. The Korean technology giant’s strong performance was buoyed by its new Galaxy A series phones and the flagship Galaxy S22 models.

Realme, which enjoyed a 21% market share from Q1 2021’s 18.5%, took the second spot in the first quarter. The increase in shipments was propelled by its affordable smartphones, especially the C series units.

In third place was OPPO with a 15.4% share driven by its Reno and A lineups. And trailing the manufacturer was another BBK Electronics brand, Vivo, which captured 14.4% of the Philippine smartphone market, thanks to devices from its V and Y lines. However, the two companies experienced a decline in market share.

Rounding out the latest local ranking was Xiaomi, with its Redmi handsets performing well during the first quarter. The brand achieved the highest year-on-year growth in Q1 2022, going from 4.2% share in the same period last year to 9% this year.

Commenting on mobile gaming, Counterpoint research analyst Akash Jatwala said, “The Philippines is fast emerging as a major gaming market in Southeast Asia, and brands are not lagging in fulfilling the gamers’ demands. High-end gaming phones such as the ZTE Nubia RedMagic 7, ASUS ROG Phone 5s and 5s Pro, and Black Shark 4 Pro are performing well in the market.”

Jatwala added that even major smartphone brands like Samsung and Realme are not behind, partnering with gaming leagues to become official sponsors. You can read the full report here.