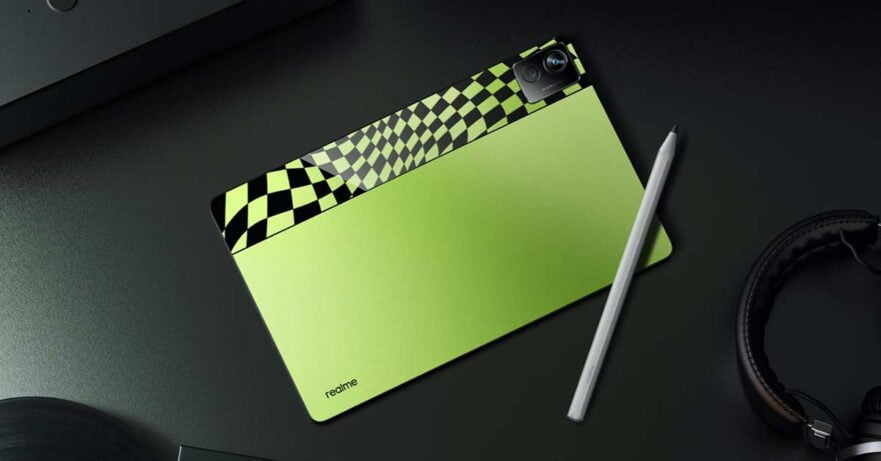 It’s not only the Realme GT Neo 3 Naruto Edition that debuted in China today, May 26. Realme also introduced its first 5G-enabled tablet.

(Update, July 26: Finally, the Realme Pad X has been launched outside China!)

The tablet uses a Qualcomm Snapdragon 695, a 5G chip that also powers devices such as the brand’s very own Realme 9 5G. Keeping the lights on is an 8,340mAh battery, which Realme claims should be able to last 19 hours with continuous video playback. Charging should be quite fast, thanks to 33-watt quick-charging technology.

The Realme Pad X boasts an 11-inch display with 2K resolution, a 5:3 aspect ratio, 450 nits of peak brightness, and an 84.6% screen-to-body ratio. There’s support for a pressure-sensitive stylus, too.

Two cameras are onboard here: an 8-megapixel one with a 105-degree wide-angle lens on the front — good for your online meetings and such — and an 8-megapixel shooter on the rear.

Quad speakers featuring Dolby Atmos and Hi-Res Audio support and Android 12-based Realme UI 3.0 for Pad round out the newly launched tablet’s specs.

The company didn’t announce the Realme Pad X’s global availability. But given that the Realme Pad and Realme Pad Mini were released on international markets such as the Philippines, there’s a good chance the device will be launched outside China.