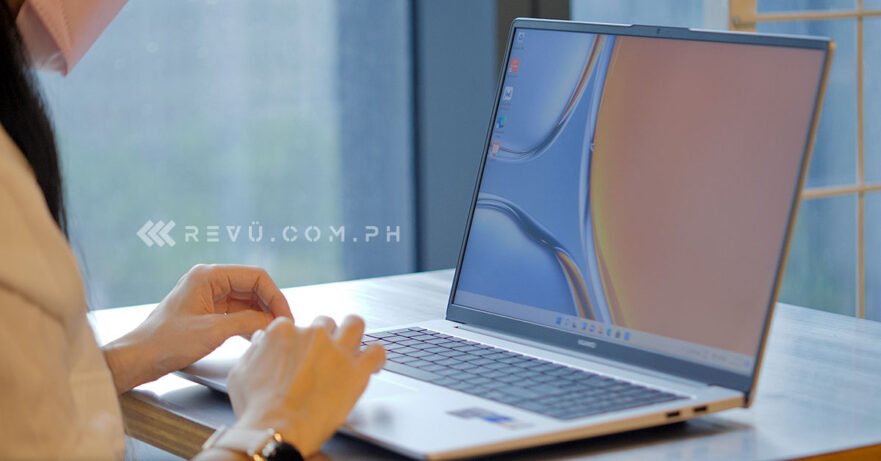 As part of a long-term effort to build a complete Smart Office ecosystem, Huawei has brought two of its biggest and most powerful laptops to date to the global market, including the Philippines.

Introduced at the brand’s APAC Smart Office Launch 2022 here in Thailand were the Huawei MateBook 16s and Huawei MateBook D 16. Both boast 16-inch screens with advanced software- and hardware-based solutions to reduce eye fatigue and unnecessary eye strain. The panel on the D 16 packs a 1,920 x 1,200 resolution on a 16:10 aspect ratio, while that on the 16s steps up to a sharper 2.5K resolution with a 3:2 aspect ratio.

Expect the two laptops to deliver powerful performance, as they are based on Intel’s latest 12th Gen H-series Core processors, with the Huawei MateBook 16s fitted with up to a 12th Gen Intel Core i9-12900H chipset with Evo certification and the Huawei MateBook D 16 topping out at an Intel Core i7-12700H CPU. The chips are high-end, high-performance mobile CPUs for laptops based on the Alder Lake architecture.

Unlike most of Huawei’s previous releases, the two notebooks come with a camera placed on the top bezel. And it’s a 1080p AI Camera, so you can be assured of a better picture quality. With native virtual-background and FollowCam features, you should get a more natural video-call experience, too.

And then there’s Huawei’s Super Device software system for improving your efficiency and productivity in an office setting by allowing you to quickly and seamlessly pair other Huawei devices with the new MateBooks. You will be able to command your Huawei Smart Office devices directly from them.

The Huawei MateBook 16s is a professional-grade laptop that’s perfect for graphic designers, video editors, and the like. It packs front-facing dual speakers, dual microphones, a large 84Wh battery for up to 11 hours of video playback, and gaming-grade Shark fin dual fans. The Huawei MateBook D 16, on the other hand, is the brand’s first laptop equipped with a numpad and the world’s first to have a Metaline antenna for a faster, more reliable WiFi connection. You can see a detailed specs comparison at the bottom of this article. You may also learn more about the D 16 in the video we embedded above.

According to the company, one variant of the top-end MateBook and two configurations of the other will be rolled out to local online and offline stores from August 6, with preorders starting July 29.

In the Philippines, the new MateBook laptops are priced as follows: