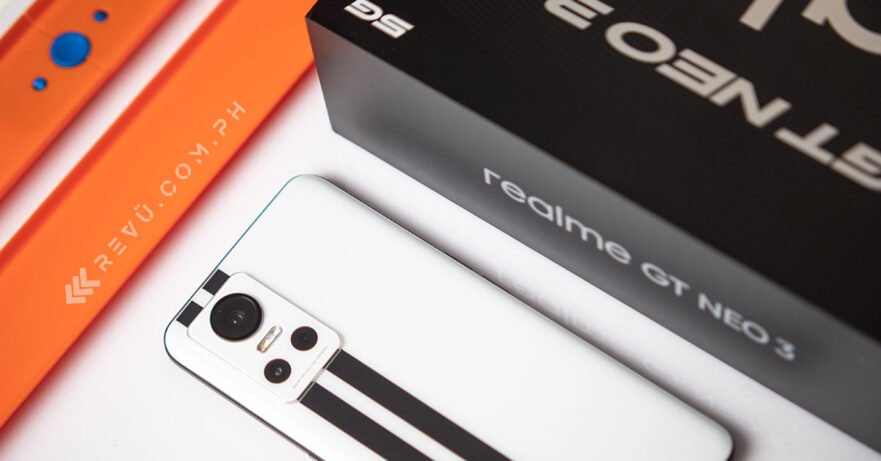 After weeks of teasing, Realme has finally revealed the pricing and availability details for the Realme GT Neo 3 in the Philippines. The phone will be available starting tomorrow, July 29, through offline and online channels nationwide.

You know what’s even better news? This GT series model will get an exclusive online-only lower price during the upcoming Lazada Payday Sale happening from July 29 to 31 on the Realme Flagship Store. Instead of paying P29,999 (around $537), customers can pick up the Realme GT Neo 3 at a discounted price of P25,999 ($465). Plus those who purchase the handset during the sale will be entitled to an extra year of warranty for their units.

Locally, Realme will offer the lone 8GB/256GB configuration of the GT Neo 3 in Sprint White and Nitro Blue colors. Both proudly bear the company’s Racing Stripe Design that was inspired by the Ford GT40 car that beat a Ferrari and handily won the Le Mans 24 Hours race in 1966. Unfortunately, it’s unlikely that we’ll ever see the Realme GT Neo 3 Naruto Edition in the Philippines given its limited availability and high demand.

Nonetheless, you can still count on this regular model to deliver on the performance front. It is the first MediaTek Dimensity 8100-based device in the country. The chip itself has drawn comparisons to the regular Snapdragon 888 SoC, which was Qualcomm’s top-end chipset of 2021. It even managed to outperform the Snapdragon chip in certain benchmarks, based on our testing. Our review should be up by tomorrow, July 29.

Other notable specs of the smartphone include a fast 6.7-inch FHD+ display capable of running at up to 120Hz; a triple-camera array with a 50-megapixel primary camera, alongside an 8-megapixel ultra-wide shooter and a 2-megapixel macro option; and a 5,000mAh battery with support for Realme’s 80-watt charging standard.

The front sports an under-display fingerprint reader and a 16-megapixel selfie cam in a punch-hole cutout. Finally, the GT Neo 3 boots Realme UI 3.0 based on Android 12, which is expected of a high-performance phone at this price point.