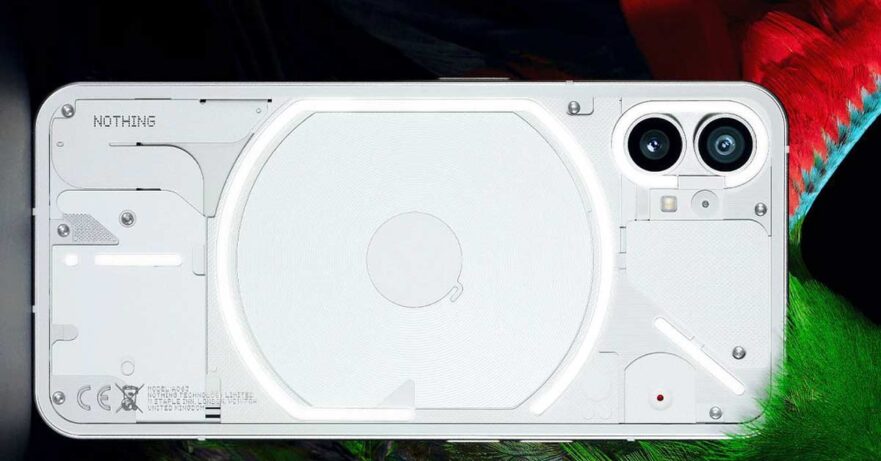 After months of hyping up its first smartphone, London-based tech startup Nothing finally rolled the red carpet for the Phone 1.

(Update, July 15: How much is the Nothing Phone 1 in the Philippines? Here’s the local pricing — and availability — info!)

As expected, it is a midrange offering based on the Qualcomm Snapdragon 778G Plus, which supports wireless up to 15 watts as well as reverse-wireless charging up to 5 watts and runs at a slightly higher clock speed than the Snapdragon 778G before it.

In the Philippines, the Nothing Phone 1 will initially be available online and in store through Commonwealth shops in limited quantities later this month. Open sales begin August 1 at Digital Walker and Beyond the Box retail stores nationwide. You can purchase the phone online through Lazada Philippines as well. Here’s the complete list of shops and release dates in countries where the handset will be released.

Your color options are plainly black and white, and both designs feature a semi-translucent rear panel with illuminating light strips for notifications and status alerts. Nothing calls the latter the Glyph Interface, and it houses five lighting strips with over 900 LEDs.

Up front, the smartphone sports symmetrical bezels, reminiscent of the iPhone design ethos, with a corner punch-hole camera. The AMOLED FHD+ display runs at 120Hz. And while the corners of the Phone 1 are rounded, its sides are completely flat — again, just like Apple’s smartphone.

Besides the 5G chipset and the Glyph Interface, the rest of the specs are par for the course for the price point. Around the back, you get a 50-megapixel camera with a Sony IMX766 image sensor coupled with a 50-megapixel ultrawide option that has a Samsung-made JN1 sensor and can be used to take macro shots. The selfie camera packs a 16-megapixel Sony IMX471 sensor. Finally, the 4,500mAh battery supports 33-watt fast charging, and Nothing promises a full charge in 70 minutes.