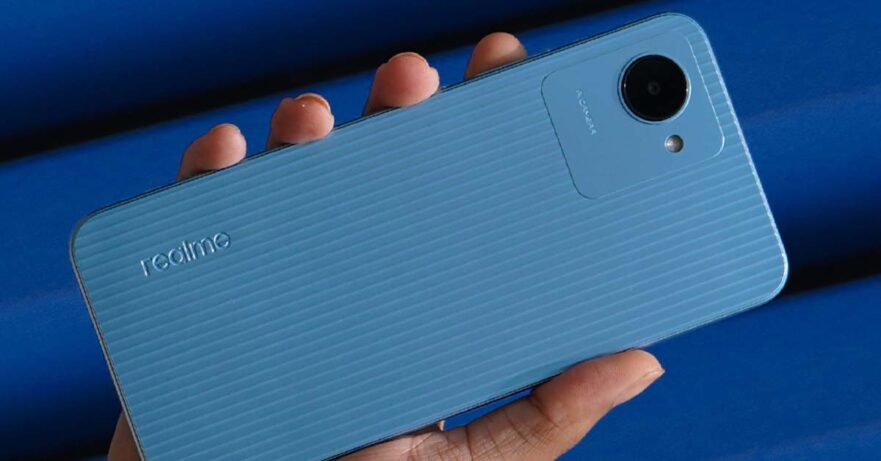 Realme Philippines has launched a new smartphone on the local market. And this time around, the Realme C30 is squarely aimed at the masses, or anyone who wants an entry-level smartphone for texting, web browsing, and other basic tasks.

Unlike most bargain blowers, however, the C30 looks much better than its modest price point suggests, sporting what Realme calls the “Ultra Slim Vertical Stripe” finish, which is reminiscent of the design language that the company usually reserves for its more expensive models.

In the Philippines, the Realme C30 carries a P5,499, or roughly $98, price tag for the 2GB/32GB version and comes in Denim Black, Bamboo Green, and Lake Blue colors. It’s now available at select Realme stores and participating retailers nationwide.

As for the specs, the C30 arrives with a 12nm octa-core Unisoc T612 processor coupled with Mali-G57 graphics, LPDDR4X RAM, and UFS 2.2 storage. The 6.5-inch screen is your standard LCD affair with HD+ resolution and a touch-sampling rate of 120Hz. The display also gets a waterdrop notch for the 5-megapixel selfie camera.

One notable downside here is the rear-facing setup; Realme opted for a single 8-megapixel shooter, so if you’re looking for a more versatile system, you’re out of luck. But then again, the C30 is a low-end model with the sub-$100 pricing to match, so that shouldn’t come as a surprise.

Thankfully, the 5,000mAh battery should be plenty to sustain this handset for days on a single charge. In keeping in line with the specs, the Realme C30 also runs barebones Realme UI Go based on Android 11 (Go edition), which Google developed specifically for devices with limited hardware.