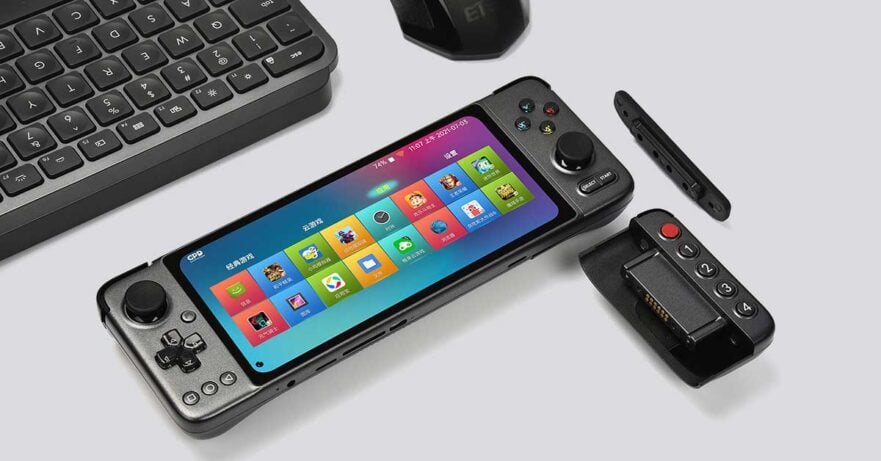 If you consider yourself to be a serious mobile gamer and you don’t have the cash to throw down on the ASUS ROG Phone 6 Pro, then this piece of news might bring cheer to your face.

DataBlitz today opened preorders for the GPD XP Plus, which is essentially a handheld gaming device that boots a custom Android-based overlay and can run a variety of game-console emulators, on top of the thousands of apps built for the Android ecosystem. Sounds familiar?

Of course, that has been done a thousand times before, but the kicker here is that the XP Plus boasts a modular design, so you can transform it into a device more suited for playing MOBAs like Mobile Legends and League of Legends: Wildrift, FPS titles such as PUBG Mobile, and Xbox games via Xbox Remote Play or Xbox Cloud Gaming with Game Pass.

DataBlitz requires a down payment of P4,000 (around $72) to secure your preorder slot, and the retail price is estimated to be P23,995 ($433) for the 6GB/128GB memory configuration . Take note that the full price includes the shipment cost of the product from the store’s overseas supplier, though it may vary upon release. So far, there is no release date for preorders made through DataBlitz.

The GPD XP Plus is also listed on crowdfunding platform Indiegogo, where it currently sells for HK$2,936, or roughly $374 or P20,725, without shipping and local sales taxes. The estimated shipping on the site is August 2022.

As for the specs, the GPD XP Plus sports a 6.81-inch IPS display with FHD+ resolution, a 60Hz refresh rate, and Corning Gorilla Glass 5 protection. It also comes with a 5-megapixel front-facing camera for video chat, though you can also use the device to make audio calls. A 7,000mAh battery keeps the lights on, and it is said to keep the device continuously running for around 12 hours.

For fast and fluid gaming performance, the XP Plus is powered by a MediaTek Dimensity 1200 chipset, which you’ll also find in 2021 flagships like the Vivo X70 5G. We found this SoC to be comparable to Qualcomm’s Snapdragon 870 and 888 chips, and it should allow you to play any graphics-intensive mobile game you want at high settings and smooth frame rates.