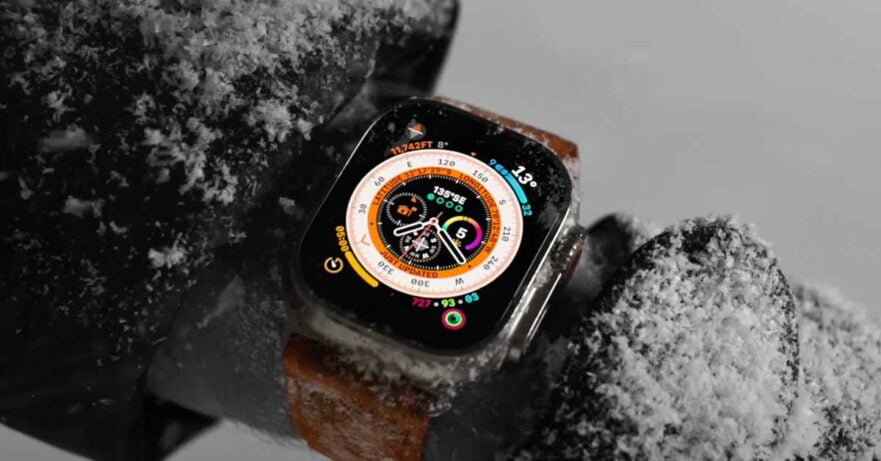 (Update, September 30: Here’s when the iPhone 14 series and Apple Watch Ultra, Watch Series 8, and Watch SE 2022 will be available in the Philippines!)

In the Philippines, the Ultra is priced at P52,990 (around $929 converted) and lists support for Globe Telecom’s cellular networks.

The company’s pro-grade smartwatch should give companies like Garmin serious competition in the endurance-watch market. Built for runners, triathletes, hikers, divers, and extreme-sports athletes, the Ultra offers comprehensive workout tracking, top-shelf performance, and long battery life in a big yet surprisingly lightweight package. You can choose from three strap options at launch — Alpine Loop, Trail Loop, and Ocean Band.

It arrives in one size — flaunting a 49m case out of aerospace Titanium — and comes bundled with a dual-GPS solution (for L1 and L5 GPS) plus cellular connectivity for all variants. Apple says that the Ultra’s dual GPS will work in areas with low-cellular connectivity, giving you better distance and location tracking in difficult areas, such as streets surrounded by tall buildings.

Besides the upsized case, the biggest upgrade here is the new customizable action button that joins the digital crown. The button can be used to launch apps or tasks. Apple claims the Watch Ultra has “the longest battery life on an Apple Watch,” and on paper, it’s easy to see why. While the American technology giant hasn’t revealed the Ultra’s battery capacity, its built-in cell is quoted to offer 36 hours of normal use and 60 hours if you switch to the low-power preset.

And then there’s the Apple Watch Series 8 and 2022 Apple Watch SE. Both are already up for preorder in first-wave countries and regions, with availability beginning September 16. But there’s no word yet on their Philippine release date.

The Series 8 gets a new temperature sensor, which can help provide retrospective-ovulation estimates, as well as fertility tracking. It also comes with a crash-detection feature when driving — just like the latest iPhone 14 models — and support for international roaming, so if you get into an accident on the road, the smartwatch can contact emergency assistance for you.

As for the second-gen Watch SE, the device boasts an upgraded chip, to go along with new materials. The refresh uses the same chip as the Series 8 models, making it up to 20% faster than its predecessor. It also shares a few features with the Apple Watch Series 8, including crash detection and international roaming, if you opt for the cellular version.