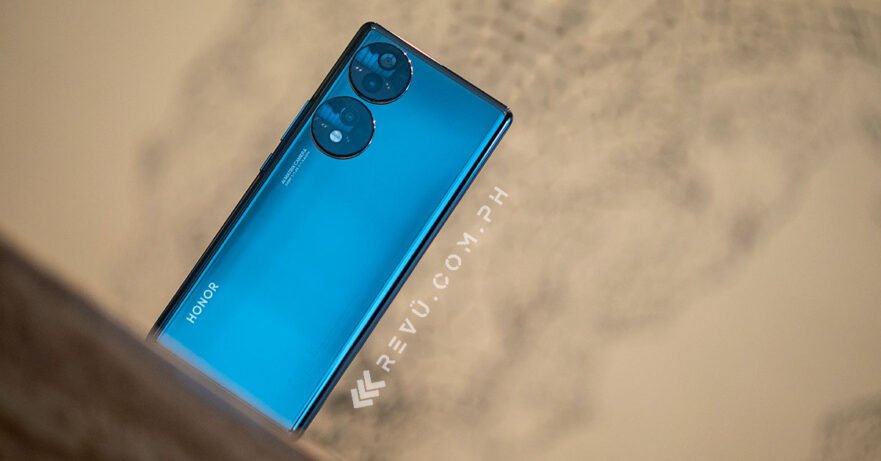 The much-anticipated phone from HONOR Philippines has finally landed.

The HONOR 70, which debuted on the global stage at IFA 2022, has been launched alongside the HONOR X6 budget handset and HONOR Pad 8 tablet in the Philippines. It’s priced at P26,990 (roughly $459) and is now up for preorder until October 28. Each pre-purchase comes with a free JBL Flip 5 speaker worth P6,999 ($119). You can buy it from any of the offline shops on this list or the brand’s official store on Lazada.

As for the most frequent question we get: Does the HONOR 70 have access to Google Mobile Services and 5G? Yes, it does, so if you’re really keen on using GMS and must have access to 5G data connection, then this device could be for you.

If there’s one feature that we think vloggers (like you perhaps?) should check out, it’s the Solo Cut mode, a vlog mode that the Honor 70 series introduced.

What it does is it lets you shoot two videos in one take — one wide for a group shot and the other for highlighting a certain person in a group video even without moving your phone. Both the full and solo views support 1080P HD stream, beauty effect, and EIS algorithm.

You can use Solo Cut for when you want to record your, say, class band’s performance and spotlight the vocalist at the same time. Thanks to autofocus tracking, the vocalist will always be in focus even if he or she moves to another part of the stage. Or if the person gets out of the frame and reenters it. You can also switch the focus to another band member with just the tap of your finger.

Here’s a simple recording we did last week to give you an idea of how Solo Cut works.

Shot in Solo Cut mode. Just open the camera app, click on More then Solo Cut, tap on the person you want to highlight, and start recording

Behind HONOR’s claim that the HONOR 70 5G is a great choice for videography and photography is the smartphone’s camera system.

The HONOR 70 5G debuts the 54-megapixel Sony IMX800 image sensor, which has a large 1/1.49-inch sensor size and an f/1.9 aperture. There’s also another main, 50-megapixel camera here that takes care of both ultrawide and macro shots. Up front is a 32-megapixel sensor housed in a punch hole at the top center of the device’s 6.67-inch 120Hz dual-curved OLED screen.

We took the HONOR 70 5G for a spin last week, and our initial impression is it’s a capable shooter. But our friend and Revü Philippines contributor Marvin Velasco should have taken more shots by now. We’ll share all images with you in our HONOR 70 5G review, which will be up by next week.

Other noteworthy features of the Android 12-based smartphone include a big 4,800mAh battery and support for 66-watt HONOR SuperCharge. The company claims that the fast-charging standard can fill up a battery from zero to 60% in only 20 minutes.

Powering the HONOR 70 5G is a Qualcomm Snapdragon 778G Plus processor paired with 8GB of RAM and 256GB of storage. Its Crystal Silver color variant looks gorgeous, but the Midnight Black version we have should appeal to minimalists.