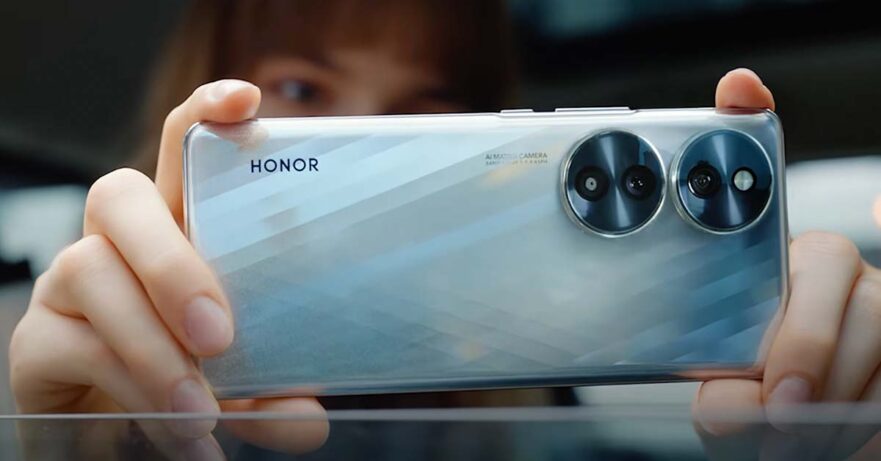 The technology brand that recently announced its comeback in the Philippines has just returned to the IFA convention stage for the first time since it became independent from Huawei.

(Update, October 18: The HONOR 70 is official in the Philippines. Here’s a sample of its most interesting vlogging feature, plus its price and preorder freebie!)

(Update, October 9: We now know when the Honor 70 and Honor Pad 8 are coming to the Philippines!)

(Update, September 14: The Honor 70 is confirmed to launch in the Philippines! Honor Philippines is also teasing three more devices.)

And with its return, Honor has announced that its next foldable phone will be launched outside China. It has introduced the Honor 70, Honor MagicBook 14, and Honor Pad 8 to the international market, too.

The Honor 70 comes with Google Mobile Services and is the first model from the company’s high-end N Series smartphone lineup to run Honor Magic UI 6.1 on top of Android 12.

The phone is designed with vlogging enthusiasts in mind, packing a dual main rear-camera setup that combines a 54-megapixel Sony IMX800 image sensor with a large 1/1.49-inch sensor size and an f/1.9 aperture with a 50-megapixel ultrawide and macro camera. It debuts Solo Cut mode for creating vlogs that spotlight a certain person in a group and offers Dual Video Streaming for shooting two videos simultaneously — one featuring a lone subject and the other capturing the full group. Up front is a 32-megapixel selfie camera inside the 6.67-inch 120Hz OLED display’s centered punch hole.

The Honor MagicBook 14 is the 2022 refresh to the brand’s MagicBook series. The laptop arrives in Europe with an Intel Core i5-12500H CPU and a configurable Nvidia GeForce RTX 2050 GPU paired with up to 16GB RAM and 512GB of SSD storage. This is virtually the same notebook that Honor debuted in China earlier this year, except with a lone Core i5 configuration instead of Intel Alder Lake-P and AMD Ryzen 6000 options.

You also get a 14-inch display with a tall 3:2 aspect ratio and 1440p resolution. Additionally, the latest MagicBook 14 packs a 75Wh battery that Honor claims only needs a quick 15-minute charge to provide up to three and a half hours of battery life.

The Honor Pad 8 promises to offer a premium audio-visual experience even if it’s an entry-level Android tablet. You get a 12-inch 2K FullView LCD display with an 87% screen-to-body ratio, support for 1 billion colors, and TÜV Rheinland Low Blue Light and TÜV Rheinland Flicker Free certifications.

This Pad is equipped with eight integrated loudspeakers, a 7,250mAh battery with support for up to 22.5-watt charging speeds, a lightweight aluminum body, and a Qualcomm Snapdragon 680 chipset. It runs Honor Magic UI 6.1 with Google Play Services out of the box and offers features such as Multi-Screen Collaboration for efficient smartphone-tablet operation on the same screen and Smart Multi-Window for displaying up to four windows on one screen.

Will Honor bring all or any of these just-launched products to the Philippines? We can’t wait to get an update from our friend and former OPPO colleague Stephen Bryan Cheng of the newly formed local team. Cheng has been appointed as Honor Philippines’ vice president for marketing.

Video: Honor IFA 2022 keynotes, in case you missed them