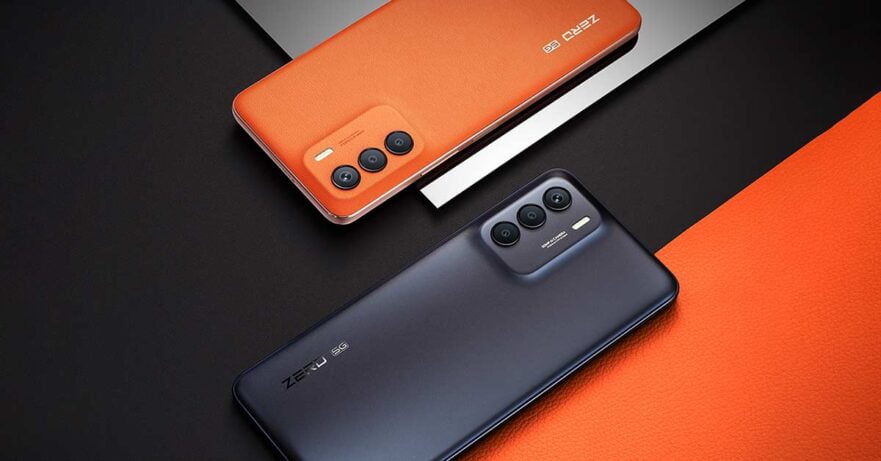 Not too long ago, getting a flagship phone was something only a small fraction of users could justify. Many of them carried exorbitant prices and the huge leaps in performance were sometimes accompanied by overheating and throttling issues.

Fortunately for consumers, many modern design and performance features have trickled down from the high-end segment. The recently announced Infinix ZERO 5G 2023 — which you can buy here — is a prime example of that trend. It reflects Infinix Mobile‘s commitment to bringing certain flagship-grade features and capable processors at a reasonable price. Remember, this is the same brand that launched the ZERO ULTRA 5G with 180-watt Thunder Charge technology and a 200-megapixel camera for just P21,999, or roughly $399, earlier this year.

Today, we’re taking a closer look at the Infinix ZERO 5G 2023, and we’re sharing the top reasons you should consider it as your next smartphone, if you haven’t already. Scroll down for this budget model’s biggest attractions.

For starters, the Infinix ZERO 5G 2023 brings a beautiful aesthetic to the midrange segment, arriving in three colorways with three distinct finishes — matte for the black variant, high-gloss polish for the white iteration, and faux leather for the orange model. The latter, in particular, seems like a significant upgrade from the competition in terms of looks and feel and gives the device more of a flagship vibe relative to the other color options.

Notably, the camera hump on the back reminds us of the OPPO Find X5 Pro‘s camera housing, flaunting a design that seamlessly flows into the body. The rear panel is all one piece and looks much more elegant and fluid than anything else in the segment right now. The Infinix ZERO 5G 2023 also gets a punch-hole display to minimize the top bezel while providing an ideal space for the 16-megapixel selfie camera.

Power to the people

The Infinix ZERO 5G 2023 has been marketed as a “power upgrade” for users, and we certainly think this description hits the mark. It’s powered by the latest MediaTek Dimensity 1080 5G platform, which is built on a power-efficient 6nm process and comprises two high-performance Cortex-A78 cores running up to 2.6GHz and six Cortex-A55 cores for everyday tasks.

Accompanying the chipset is 8GB RAM, and the phone supports dynamic RAM expansion for up to 5GB of virtual RAM, giving it a total of 13GB. This gives the Infinix ZERO 5G 2023 plenty of additional headroom when multitasking and while under RAM-intensive apps and games.

In terms of comparisons, MediaTek’s Dimensity 1080 stacks up nicely to the competition, namely the Qualcomm Snapdragon 778G. Both chips are capable of some pretty high benchmark scores, coupled with good battery life as well. And like Qualcomm’s premium midrange chip, the Dimensity 1080 is capable of 5G speeds, which is fantastic at this price point.

Up front, you get a nice 6.78-inch IPS-LTPS screen with FHD+ resolution and reasonably small bezels except on the chin. The real draw here, however, is that the display offers up to a 120Hz refresh rate as well as 240Hz touch sampling, making it suitable for intense gaming in supported games. The LCD panel is capable of up to 500 nits of peak brightness, so you don’t have to worry about using the Infinix ZERO 5G 2023 outdoors under the sunlight.

Another major highlight here is the main camera. The brand has equipped the smartphone with a 50-megapixel primary camera alongside a pair of 2-megapixel sensors for portrait and macro shots. Additionally, the handset offers a dedicated Night mode for capturing nightscapes and busy low-light scenes with bright and vivid colors.

You also get up to 960 fps slo-mo video and Film mode, featuring a variety of templates that make video production as streamlined as possible, so you can concentrate on getting your shots right. Infinix’s superb Sky Remap feature returns, allowing you to change the sky in the background of a photo to help you create a more dramatic shot like the one you see below.

The 5,000mAh battery in the Infinix ZERO 5G 2023 is pretty generous and should be able to provide long usage times on a single charge, and the fast charging is a notable value addition of the unit. The latter is a common feature among modern smartphones; even budget models support it to some extent as well.

However, unlike most devices in its class, the Infinix ZERO 5G 2023 supports fast charging up to 33 watts. This can fully charge the phone’s battery in less than two hours — convenient if you’re in a hurry and you don’t have a lot of time beside a socket.

And then there’s the killer pricing. In the Philippines, the Infinix ZERO 5G 2023 is officially priced at P11,999 ($218) for the lone 8GB/256GB model, but prices can dip as low as P10,999 ($200) during flash sales. Even at its regular price, it undercuts its competitors from Samsung and other major smartphone brands, and you’ll likely get more value for your money, too.