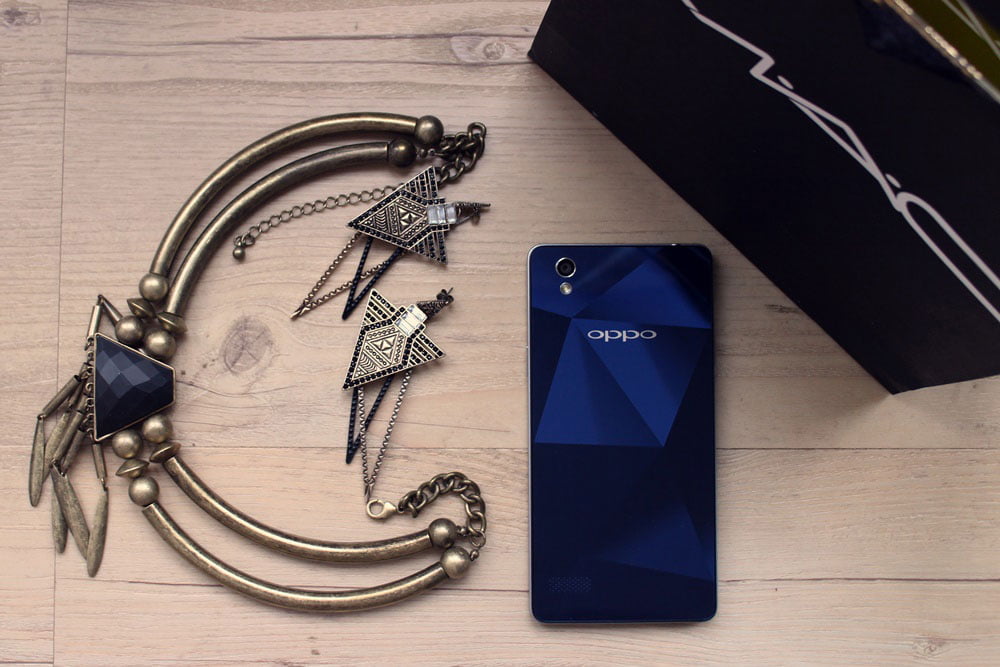 We’ve seen a flood of low-cost but high-spec’d phones emerge on the Philippine market this year, but you have to admit: only a handful of them get the aesthetics and build right. Too often a phone’s look and feel take a backseat when companies cut corners to meet a certain price point; at worst, they are the first casualties of the design process — and it’s totally understandable.

As manufacturers would be quick to point out, premium hardware, the kind people would purchase outright if they never had to worry about their finances, costs money. Thankfully, that hasn’t stopped some of them from eyeing a potential outlier, and the latest company to take an interest — and ultimately succeed — in building an affordable smartphone that at face value, doesn’t wear its price tag on its sleeve is OPPO.

That much has become clear to me after spending a few days with the upcoming Mirror 5, which, in essence, is the more affordable brother of the R1x that preceded it.

OPPO is the latest company to take an interest — and ultimately succeed — in building an affordable smartphone that at face value, doesn’t wear its price tag on its sleeve.

OPPO is convinced it has a winner on its hands, and I am, too. This year’s Joy 3 wasn’t a fluke; OPPO once again delivered the goods, showing itself to be adept at making a quality handset for all pockets. The Mirror 5 will retail for P9,990 locally when it hits stores later this month. 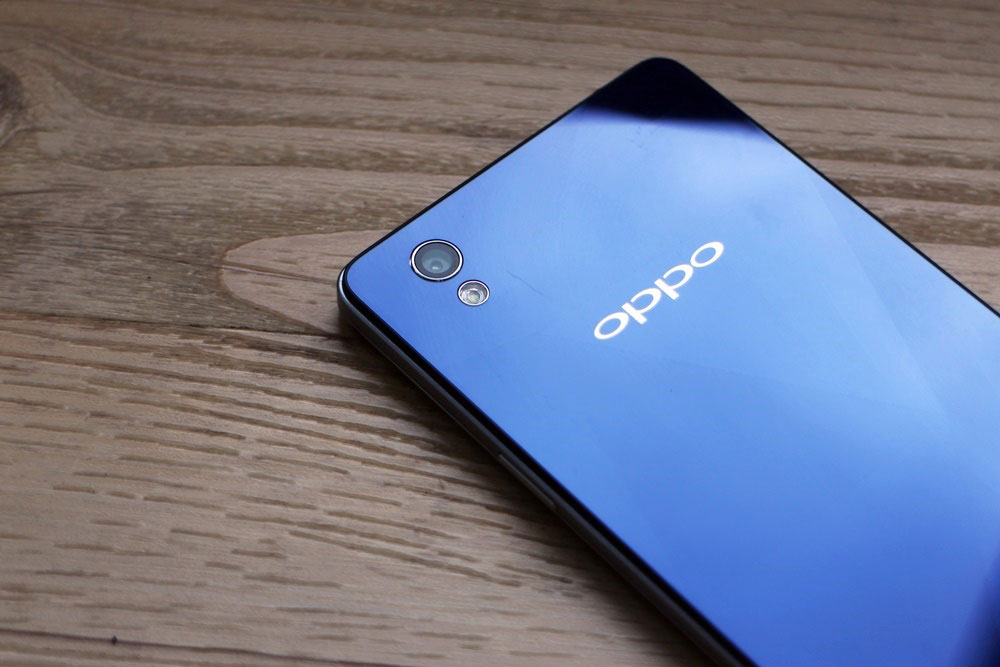 It’s impossible to even begin describing the Mirror 5’s exterior without making comparisons to the more expensive R1x (P17,990). They are cut from the same cloth, with little to distinguish them save for a few details here and there. The differences, at least as far as I can tell, all boil down to OPPO’s decision to use lesser materials to produce the Mirror 5. 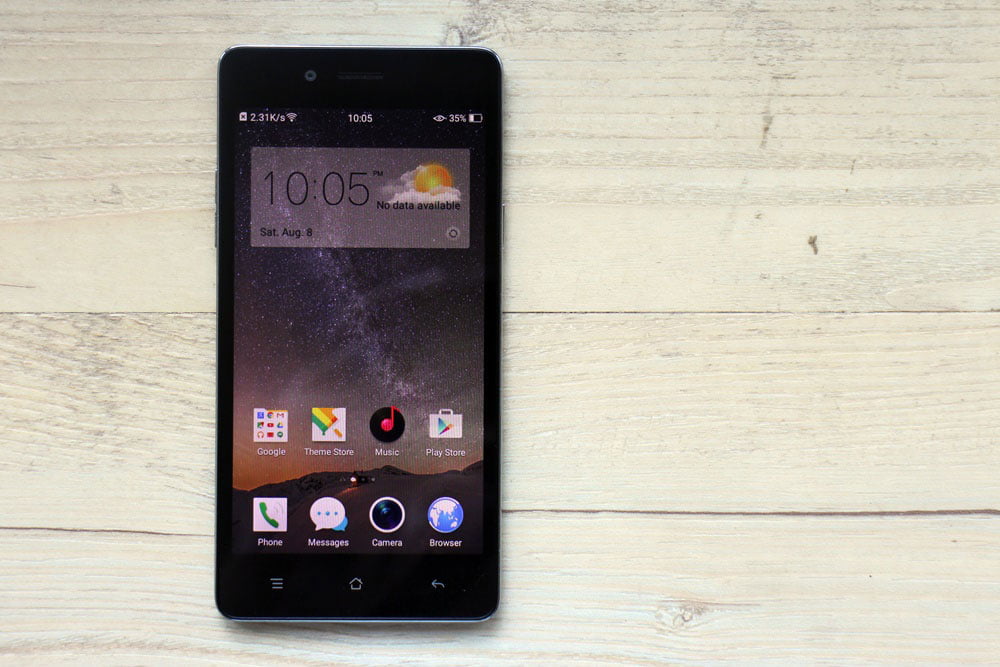 But therein lies the genius of the company’s approach: For all the supposed efforts aimed at keeping the price down, so far the Mirror 5 has never struck me as an inferior product from a purely aesthetic standpoint.

Regardless of which color option you choose (blue or white), the phone comes with a metallic frame fused with a chrome lining. It’s artificial metal, sure, but it doesn’t look cheap or tacky. Not to mention it gives the unit a bit more weight and grip, which I find crucial for any plastic-clad phone with a slippery backplate.

For all the supposed efforts aimed at keeping the price down, so far the Mirror 5 has never struck me as an inferior product from a purely aesthetic standpoint.

Speaking of which, the Mirror 5’s mirrored back, which flaunts a diamond decor, is perhaps its biggest draw and will likely go down as its most memorable asset once the novelty of a new gadget wears off. The rear panel gives off a subtle, shimmering effect as light bounces off its surface.

You could imagine how that would work in practice, though the result is much better seen up close and in person than read about. Outside of the R1x, you won’t find anything on the local market that even remotely resembles the Mirror 5. It’s different, though in a good way.

The back gives off a shimmering effect as light bounces off its surface. You could imagine how that would work in practice, though the result is better seen up close than read about.

An IR blaster, which is normally reserved for top-shelf handsets, sits flush with the top edge, adjacent to the standard headphone jack. When used with OPPO’s universal remote-control app, the IR blaster allows you to manipulate a wide range of home appliances, including TVs and air-conditioning units, as you would using their respective remotes. I found it to work well with all the supported appliances I own.

The Mirror 5 has a 540 x 960 IPS display that spans 5 inches across. Granted, it’s a departure from the rest of the hardware and doesn’t come across as anything special, but it’s still good enough for most uses. I certainly thought so, anyway. 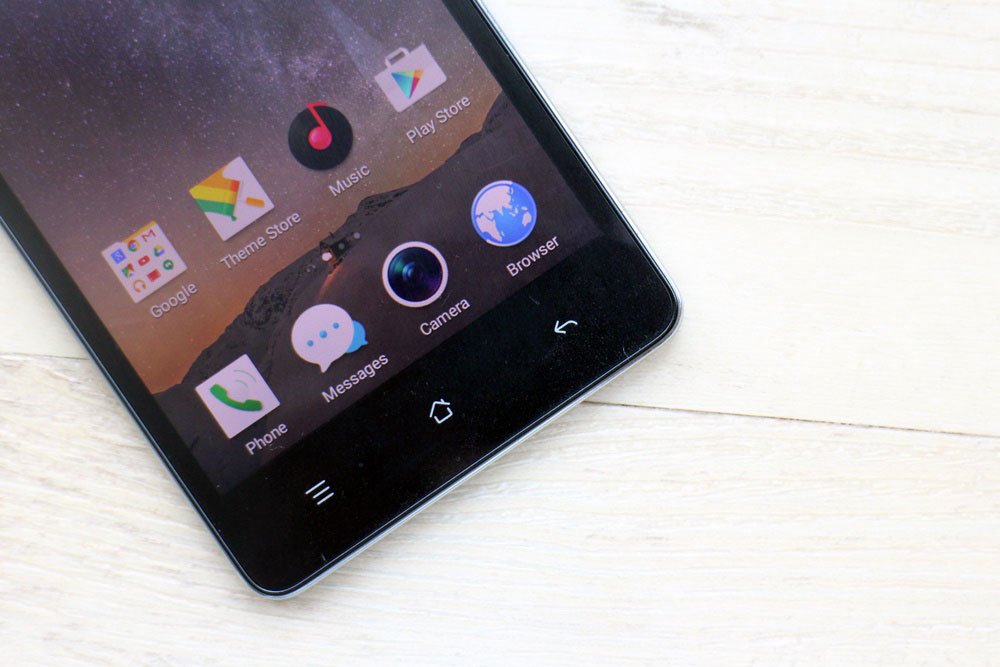 The screen allows for wide viewing angles and sufficient visibility under strong sunlight. It also offers a fair amount of vibrancy without appearing overly saturated or washed out, which isn’t something I can say for a lot of budget releases with denser IPS panels.

I could talk more about it in greater detail, but the bottom line is that, contrary to what you might expect, the Mirror 5 isn’t handicapped by its non-HD display. In fact, I never found myself wanting more pixels on the screen, even though I’m used to the look of a 1080p panel on my Android daily driver. If a 540 x 960 resolution is what it took to keep this handset from going over the P10,000 mark, then it was worth the gamble.

So, about the Mirror 5’s 8- and 5-megapixel rear and front cameras. In two words: very good. Task the Mirror 5 and a slightly more expensive phone with the same workload and you’ll likely be hard-pressed to tell the results apart. 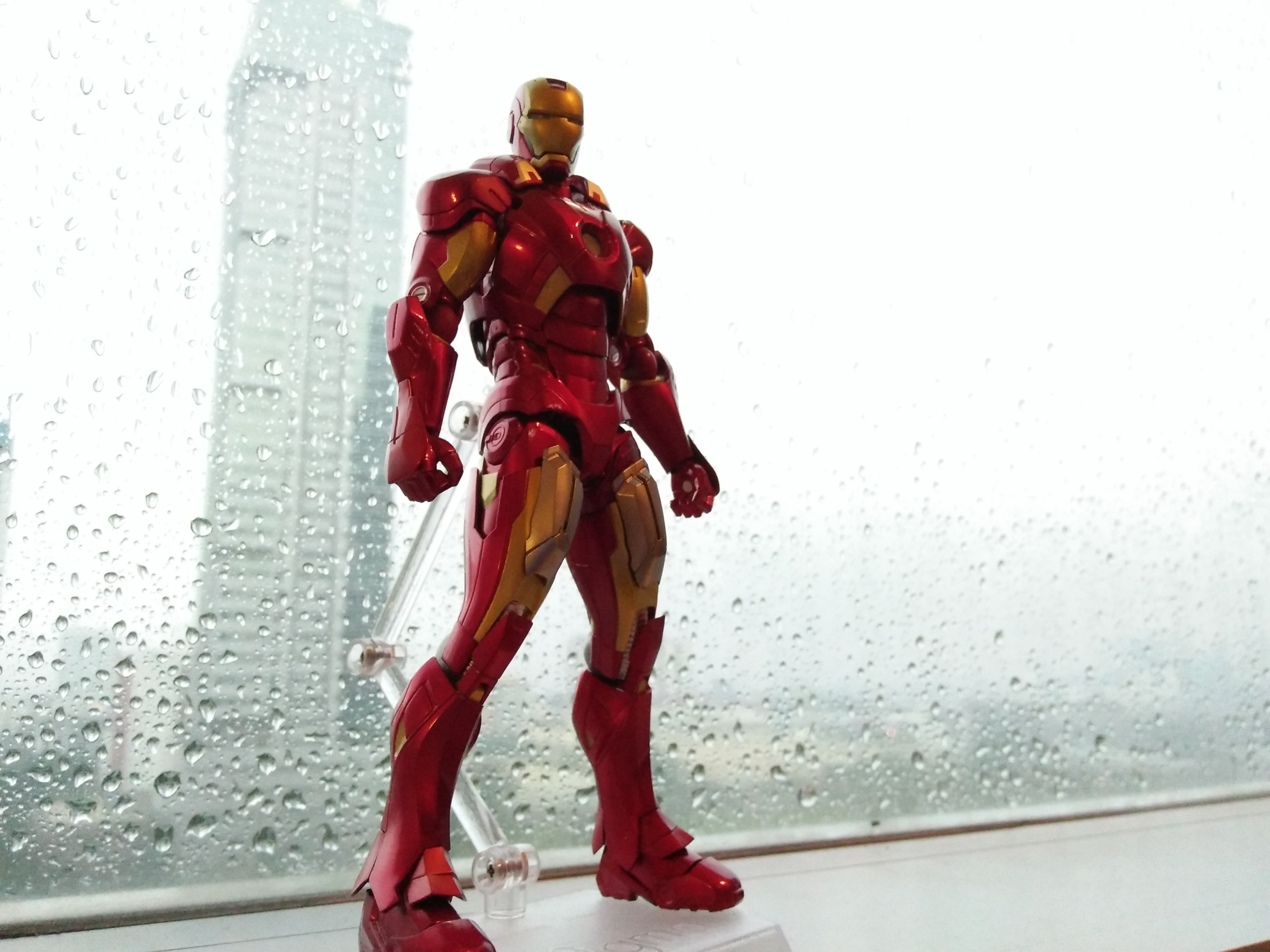 The main camera, in particular, is capable of excellent snaps outdoors or when you’re shooting in a well-lit environment. Image quality understandably drops as soon as the light dims, but it never sinks to the same lows as other low-cost devices.

OPPO’s intuitive camera app, which is strikingly similar to the one found in the latest version of iOS, but offers a more diverse selection of effects and filters, makes it even easier to capture print-worthy images with good dynamic range and exposure.

The front-facer, meanwhile, gets a 5-megapixel sensor for all your selfie and video-chat needs. It produces nice Instagrams and packs just enough megapixels to make video-calling an attractive proposition.

To make the Mirror 5 a true contender in the category, OPPO has put together a resume that’s on a par with the likes of the Motorola Moto G and Cherry Mobile One G1. Under the hood, you’re looking at a quad-core Qualcomm Snapdragon 410 processor clocked at up to 1.2GHz, alongside 2GB of RAM and Adreno 306 graphics. The 16GB storage is expandable up to an additional 128GB. 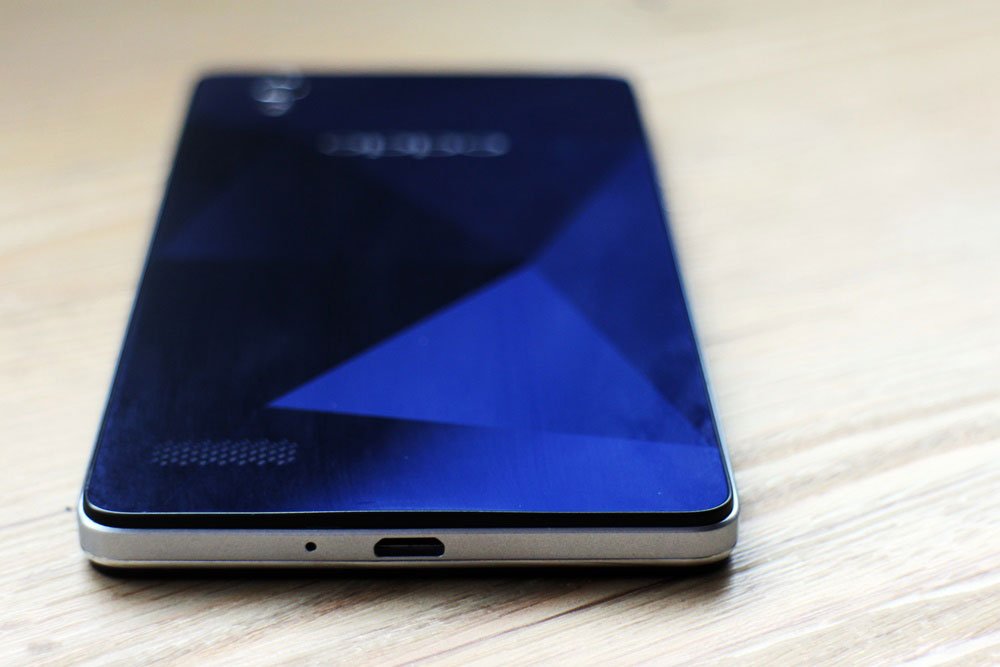 The Mirror 5 certainly isn’t one of the fastest phones around, but it should be plenty for its intended audience, even if it does lack 4G LTE for faster mobile data. It’s fine for everyday tasks, such as browsing the Web and social media, checking email, streaming music and video, and moderate 3D gaming.

It works well without too much of a hitch and feels responsive enough that I could see myself using it as my primary phone without being struck by switcher’s remorse after the fact.

Android Lollipop on my review unit runs very smoothly indeed, and it’s a testament to the optimizations OPPO has done with its Color OS (2.1) user interface. Even with all the changes OPPO has made to the Android code — perhaps almost to the point of non-recognition — Color OS still delivers what is arguably one of the slickest Android experiences at the moment.

It works well without a hitch and feels responsive enough that I could see myself using it as my primary phone without being struck by switcher’s remorse after the fact.

Battery life is a fundamental aspect of the smartphone experience, and the Mirror 5 thankfully nails this part as well. Even on a heavy usage day, I only managed to drain the 2,420mAh cell down to 25 percent by bedtime. 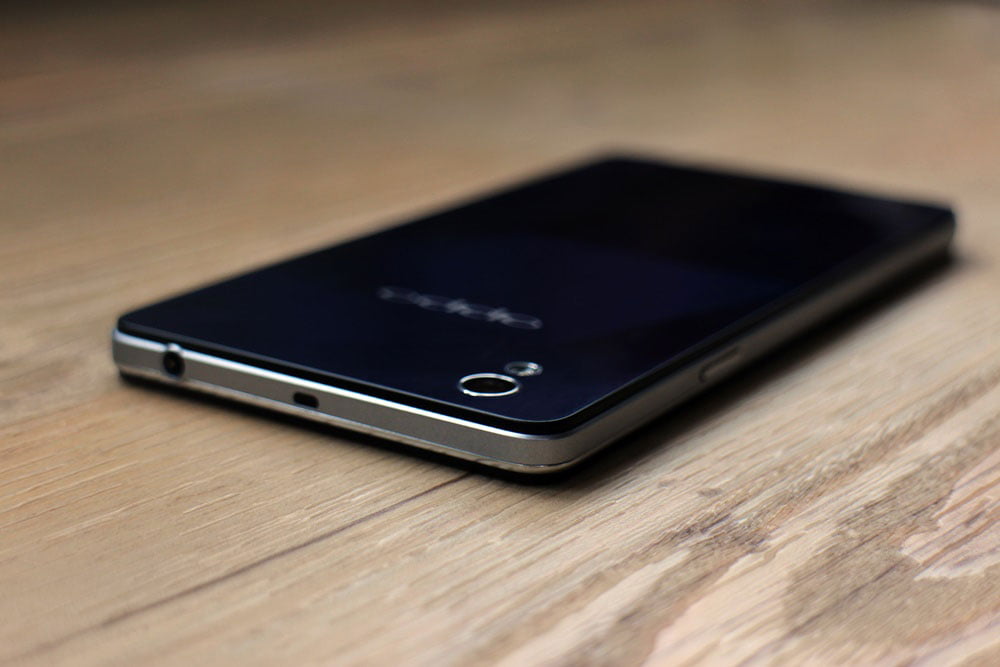 With the battery charged fully, a full work day of normal use typically reduces it to around 35 percent. It’s low enough that you’ll need to charge it as soon as you get home, but it’s high enough that you could sneak in a full movie before switching to battery-saver mode. As long as “Titanic” (or a similarly long film) isn’t on your watch list, you should be fine.

Overall, the OPPO Mirror 5 offers a combination of style and substance that has eluded even the most experienced phone makers. It’s one thing for a sub-P10,000 phone to get the experience right; it’s another thing for that same phone to be remarkably good-looking, too.

The OPPO Mirror 5 offers a combination of style and substance that has eluded even the most experienced phone makers.

Since coming to the Philippines over a year ago, OPPO has been searching for a winning smartphone formula in a fickle market where brand loyalty is low. Maybe it has found it in the bargain basement, of all places.