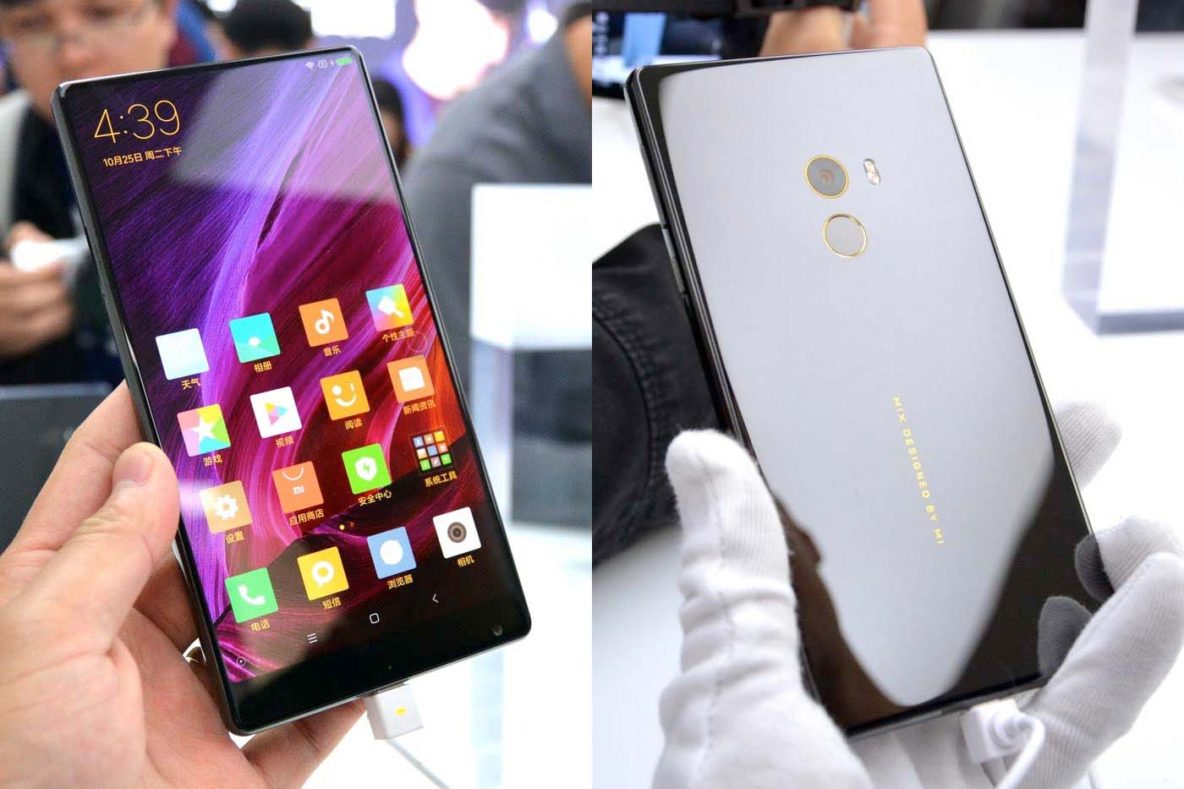 XIAOMI dropped a bomb on us at the launch of the Mi Note 2 (click for full specs): It announced the Xiaomi Mi MIX, a concept product that could very well be the smartphone of your dreams. Except that unlike other concept devices which you won’t find in stores at any time soon, it will already be available starting November 4.

The 6.4-inch Mi MIX (click for complete specs) is designed by Philippe Starck, the same man who made Steve Jobs’ $100-million yacht Venus and the world’s best-selling designer chair with more than 1.5 million units sold. And it looks nothing like any phones being sold today. Well, except for the Sharp Aquos Crystal we saw at the 2015 International CES in Las Vegas.

The front is almost all screen and no bezels, with a screen-to-body ratio of a whopping 91.3 percent and a round-edged, custom 17:9 display. The space at the top is usually reserved for the front camera, the proximity sensor, and the earpiece speaker, and the bottom, for the home button. Not the Xiaomi Mi MIX. They’ve been chucked, leaving only a small area in the bottom-right corner for the small front-facing camera — 50 percent smaller than traditional ones. The infrared proximity sensor has been replaced with something ultrasonic, so it can work from behind the display. And the speaker is now piezoelectric, which uses the metal frame to generate sound.

Too bad the company is putting the smartphone up for sale only in its native China. Xiaomi has many products that are only available there; the Mi Notebook Air comes to mind. Here’s hoping the rest of the world can get them soon enough.

ADDITIONAL THOUGHTS: I have a feeling Xiaomi is selling the Mi MIX even in limited quantities to beat Apple, the company whose products it’s been accused of copying, in its own game. There are rumors that the iPhone 8 will be a completely redesigned device, complete with a bezel-less screen. With this development, Xiaomi appears to be telling the Cupertino-based tech giant, “Your turn, Apple. Let’s see what you have up your sleeve.”

With this development, Xiaomi appears to be telling the Cupertino-based tech giant, “Your turn, Apple. Let’s see what you have up your sleeve.”

MY PARTNER RAMON LOPEZ’S TAKE: Good on Xiaomi for showing every other manufacturer, including Apple, how to make an exciting product that innovates around both design and technology. Which is why it’s unfortunate that the company won’t ship enough Mi MIX phones to meet the demand in China, let alone outside the country. I can only hope that Xiaomi’s next top-end smartphone will follow in the footsteps of the MIX and be granted the wider release it rightly deserves.