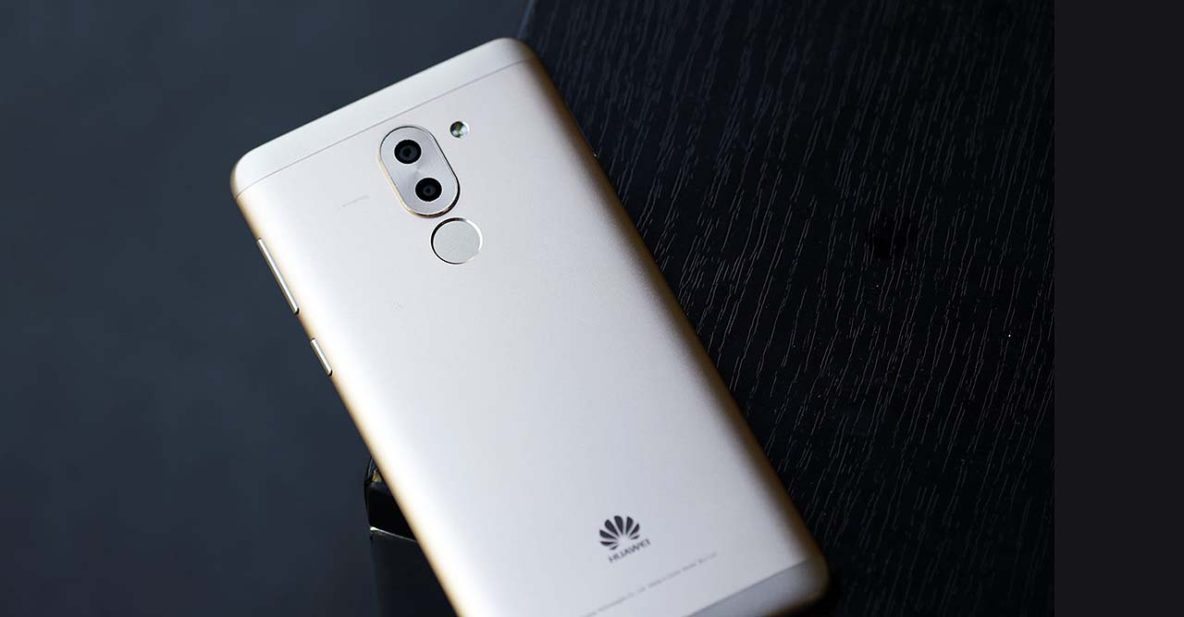 GO on, admit it: You want your next smartphone packed with bleeding-edge tech like the most current iPhones and Galaxy handsets — and for those in the know, the Huawei Mate 9, which is supposed to get better the longer you use it.

This year’s Huawei GR5 (aka Honor 6x in certain markets; click for complete specs), while sufficiently big and constructed from quality materials, doesn’t demonstrate that potential. But it does, like the Mate 9, offer plenty of possibilities for creative photography work courtesy of the two cameras mounted on its rear end.

And this, along with a solid processing package and a reasonable P13,990 ($282) price tag, makes the GR5 a worthy contender in its segment.

Wait. Haven’t we seen this phone before? Well, yes and no. Whether by design or for the sake of convenience, the GR5 2017, though smaller in almost every way, obviously draws inspiration from the Mate 9, which Huawei announced in November last year. 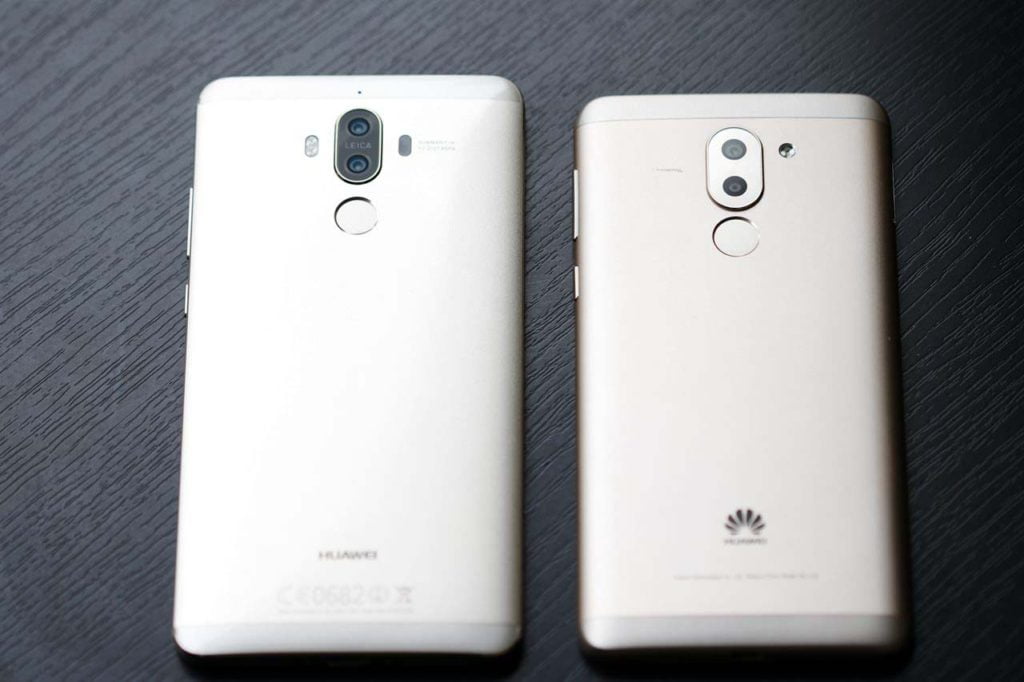 The Huawei GR5 2017 (right) obviously draws inspiration from the Mate 9.

Proof is in the back: The alignment of the rear cameras as well as the location and look of the fingerprint hardware are identical to the Mate 9’s. The edges likewise taper off nicely for comfort and a more ergonomic feel in the hand.

And although we don’t think it’s too big or unwieldy, those with small hands may find the handset a bit uncomfortable to use as a daily driver. That said, it’s a yes to occasionally busting out some finger gymnastics to reach certain parts of the screen.

A sheet of slightly curved display glass adds to the comfort level while operating the device. The front of the gold variant is colored white — to our disappointment. Looking back at our photos, we think it would have made more aesthetic sense to match the color of the back and sides of the device.

The chassis itself doesn’t feel as fantastic up against higher-end competition — certainly not up to par with the standards to which Huawei’s Mate 9 and P9 phones were built — but it is made of metal, not plastic. It doesn’t have the glossy coating of the Mate 9, and that’s not necessarily a bad thing; the matte finish actually makes the GR5 feel less slippery in the hand.

All the physical buttons are on the right-hand side, adequately sturdy for purpose and positioned where your thumb rests for easy access. The fingerprint reader on the back is always on, always ready to unlock the device in an instant. Similar to our experience with other Huawei handsets, the sensor is accurate, with misreads being few and far between. 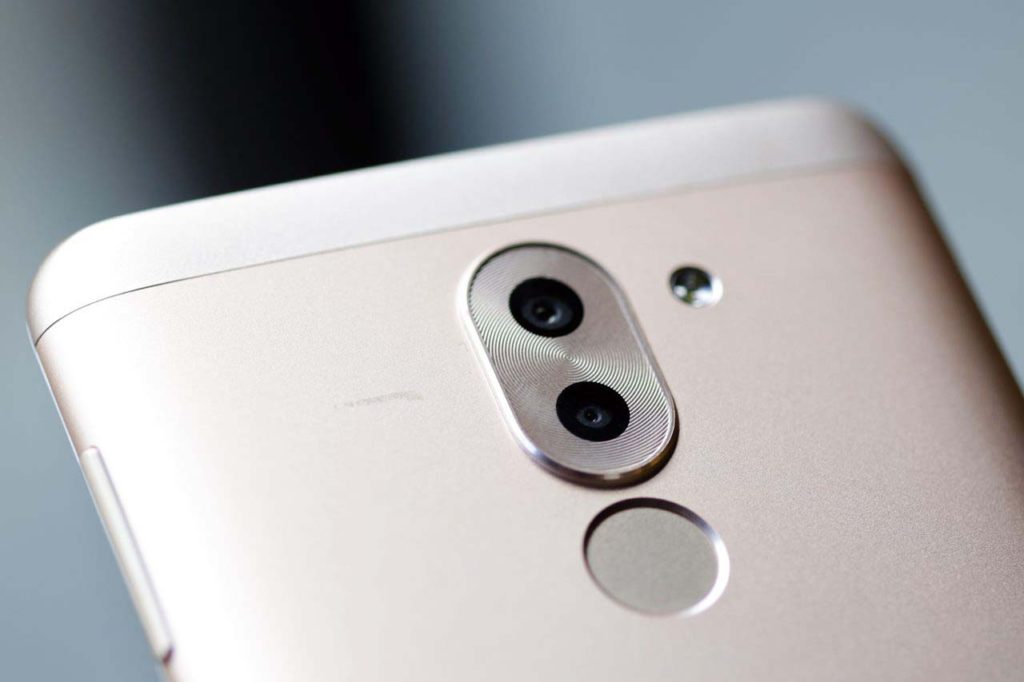 The fingerprint sensor located below the GR5 2017’s two main cameras is accurate, with misreads being few and far between.

There’s no Type-C connection on the Huawei GR5 2017; the charging port along the bottom edge is of the older micro-USB variety. On the plus side, the phone supports fast charging, so bringing the 3,340mAh battery from zero to full capacity shouldn’t take longer than two hours. Draining the battery, on the other hand, could take two days with moderate usage, per the manufacturer’s observations. 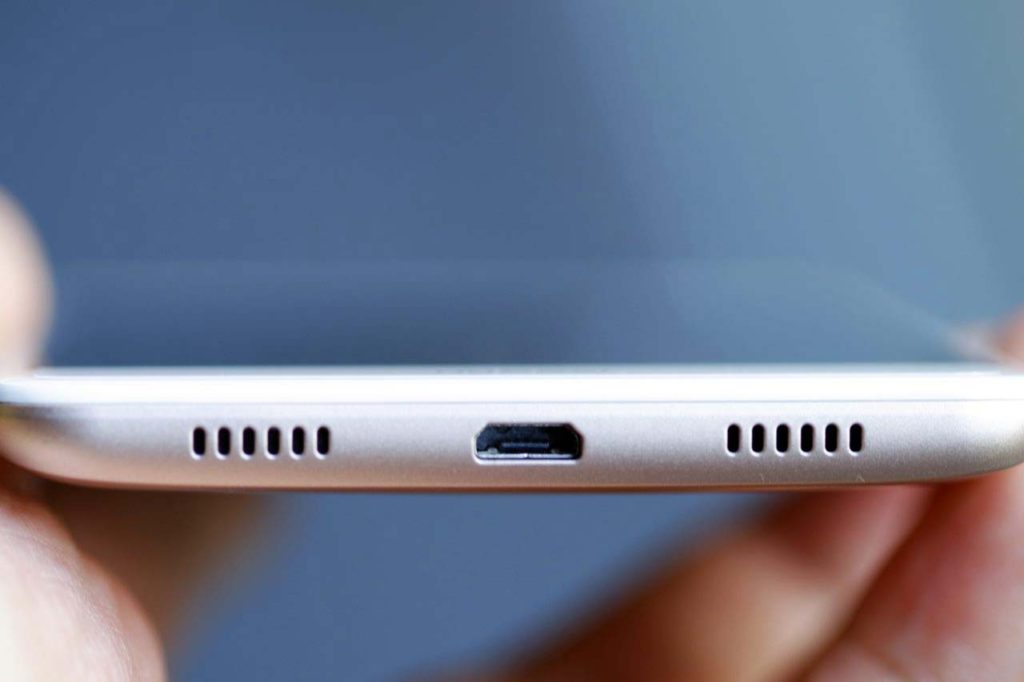 The charging port along the bottom edge of the Huawei GR5 2017 is of the older micro-USB variety. 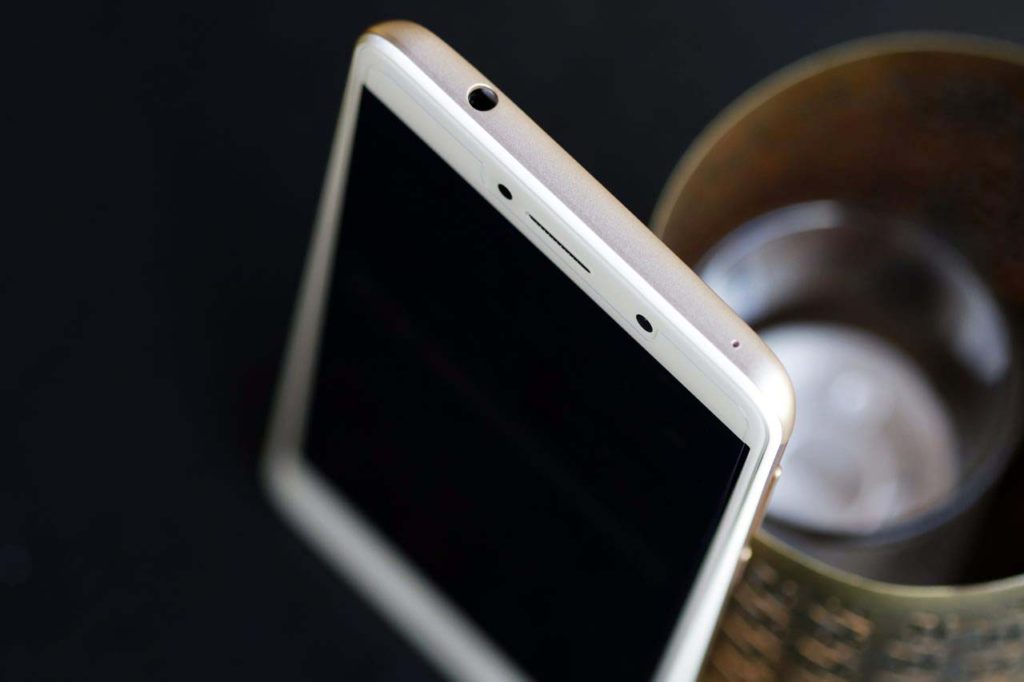 As for the 5.5-inch, 1080p LCD display, it’s bright enough for use outside and delivers nice colors and viewing angles that we’ve come to expect from pricier handsets. The side bezels are a little thicker than we would prefer, and the black borders around the screen are more of a distraction than anything else — at least on the gold version of the GR5. 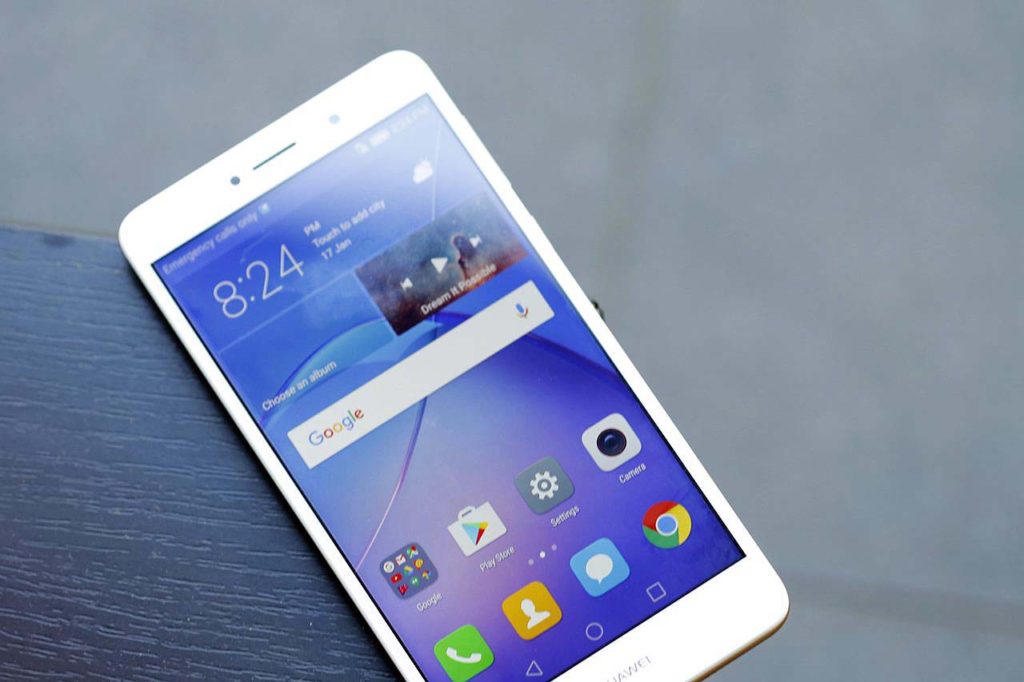 The screen is bright enough for use outside and delivers nice colors and viewing angles.

Below are resized images shot with the dual rear cameras and selfie camera of the Huawei GR5 2017. Note that, as with the Mate 9 (and unlike the P9), the extra 2-megapixel camera sensor is used for artificially adding bokeh or background blur to your photos and choosing a different focal point after the shot is taken.

Results don’t come out as well as on the Mate 9 and on more upscale phones, but the effect should be visible enough even to casual buyers. A 12-megapixel sensor does the dirty work on the rear, while an 8-megapixel front-facer takes care of selfies, which in our case turned out fine. 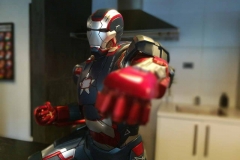 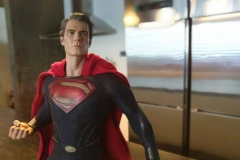 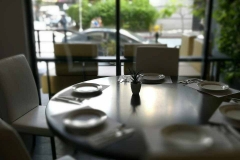 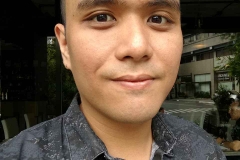 Can it handle heavier loads?

The short answer is yes. The GR5 uses a midrange chipset (Huawei’s own design) made up of a pair of quad-core processors — one running at 2.1GHz, the other at 1.7GHz. Those clock speeds aren’t the highest, but they are more than decent. Paired with a Mali-T830 graphics chip, this phone can run modern games, including Pokemon Go and NBA 2K17, without any stuttering.

The Huawei GR5 2017 or Honor 6x can run modern games, including Pokemon Go and NBA 2K17, without any stuttering.

The 3GB of RAM ensures smooth multitasking and low latency when launching apps, while the 32GB of storage provides ample space for apps and downloads. The latter can be expanded with a microSD card of up to 128GB. A GR5 version with more RAM and storage might launch in the Philippines in the coming months, but 3GB and 32GB should be plenty for most users.

Software-wise, the GR5 ships with Huawei’s Android Marshmallow-based Emotion UI on tap. An update to Nougat is coming in March, though, and that’s good to hear. Hopefully in the next version, Huawei finally gets rid of the ugly stock icons that make Emotion UI look dated. 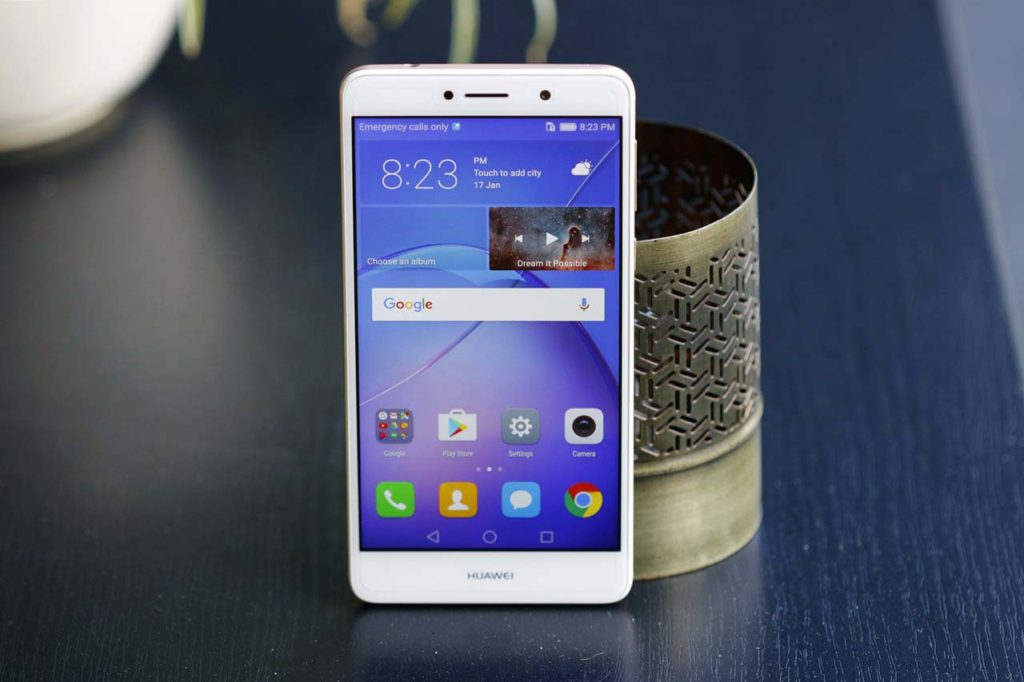 The Huawei GR5 2017 does a lot of things right for not a whole lot of money. And while the dual-camera setup doesn’t impress as much as intended and taking selfies isn’t one of its priorities, the rest of the package makes for a great all-around option for folk keen on a large-screened handset but don’t have the budget for a flagship smartphone.