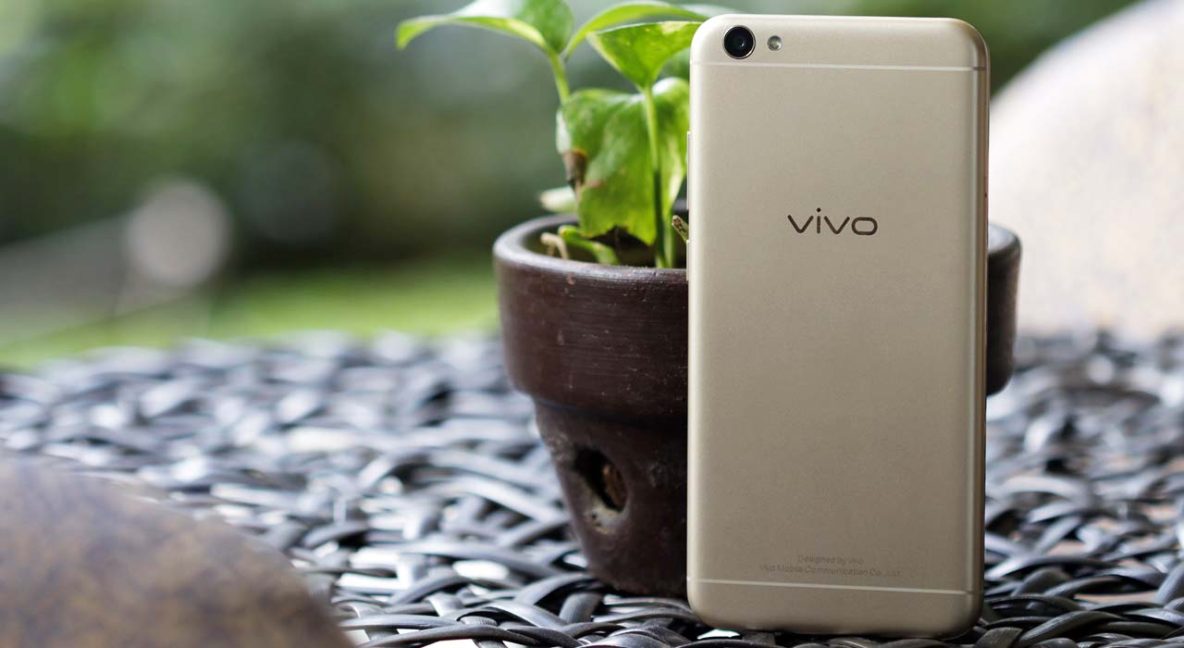 WE’VE reviewed the P19,990 Vivo V5 Plus, and it left us seriously impressed, particularly when it comes to taking bokeh-laced photos with its dual-lens cameras. And Vivo isn’t done with selfie phones yet, outing the Vivo V5 Lite last month and offering budget- and selfie-conscious folks a cheaper solution to stepping their game up on social media.

Vivo has toned down the talking points this time around — but baits customers with a more palatable price tag. At P9,990 ($199), the Vivo V5 Lite (click for complete specs) drops the Plus model’s secondary cam on the front — and by extension, the option to add bokeh or background blur, to shots, during or after the fact — and the fingerprint reader. 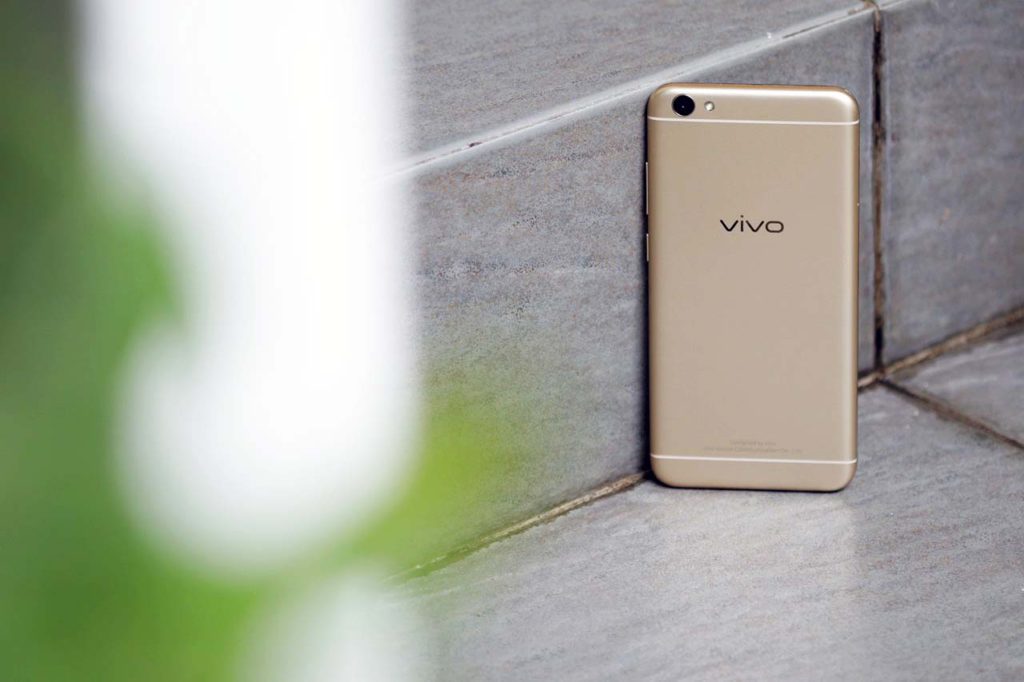 At P9,990 ($199), the Vivo V5 Lite drops the Plus model’s secondary front camera and the fingerprint reader.

But it retains some of the highlights of the latter, including a sleek metal design; a big, high-res display; octa-core internals; and a capable camera for capturing selfies. The end result is a product that will appeal to those who want a good all-arounder that also happens to take some of the best selfies we’ve seen in the category.

But even if you don’t really care about the other bits, from an objective view, the V5 Lite is yet again more evidence that if you absolutely want a selfie machine on a budget — and apparently, a lot of people share your sentiment — there’s a phone for you.

Earlier, we talked about the V5 Lite being a much more affordable alternative to the V5 Plus, and in doing so skipped the Vivo V5, now the middle child of the V5 lineup. We’re bringing this up now because the V5 Lite actually has more in common with the V5 in terms of looks, specs, and imaging chops. Let’s build up to that.

First, the looks: The Vivo V5 Lite, similar to the regular version, has a metal rear panel, with two antenna bands around the back. The lines on the former are thicker and more visible, although they don’t necessarily ruin the design. 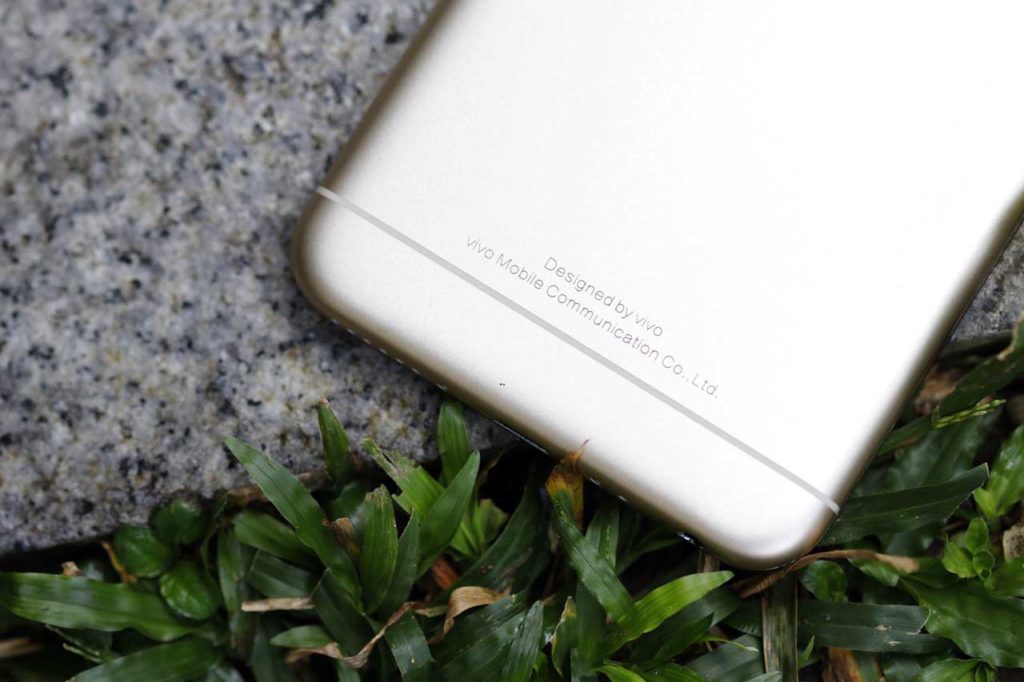 The Vivo V5 Lite, similar to the regular V5 version, has a metal rear panel, with two antenna bands around the back.

The dimensions are identical between the two, so expect the same likable blend of handling and comfort that has been hard to come by for devices this size until more recently. We found no glaring issues with the construction; there’s no give and no creaking when we squeeze the handset.

The hybrid tray for a micro-SIM and a secondary nano-SIM or a microSD card can be found on the left-hand side. The power and volume buttons are along the right edge; all deliver a satisfying click when pressed. 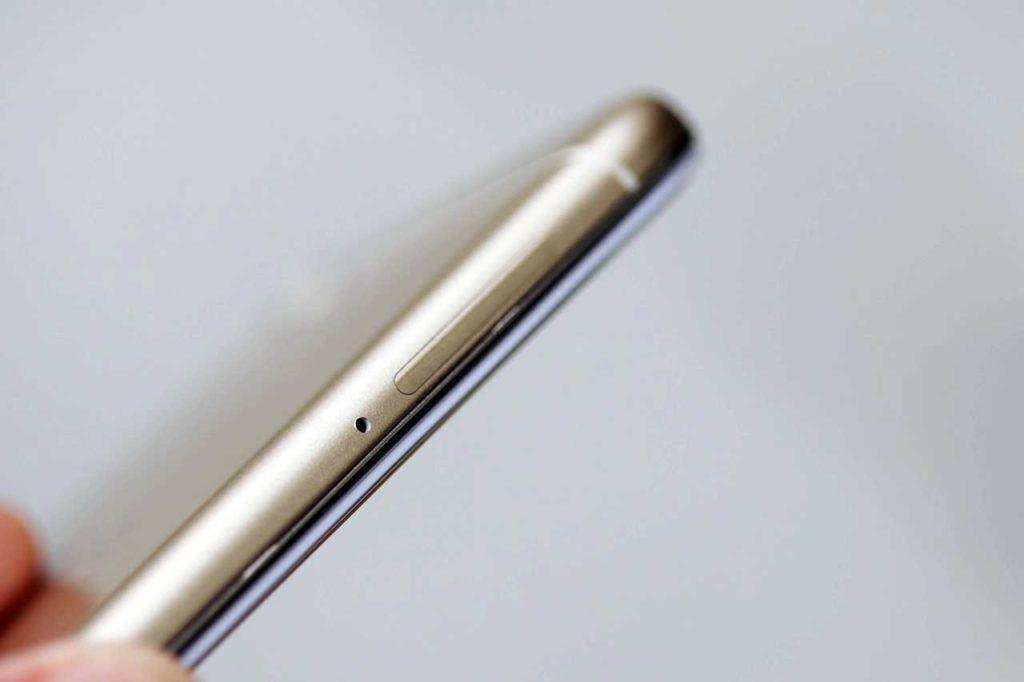 On the left is the hybrid tray for a micro-SIM and a secondary nano-SIM or a microSD card. 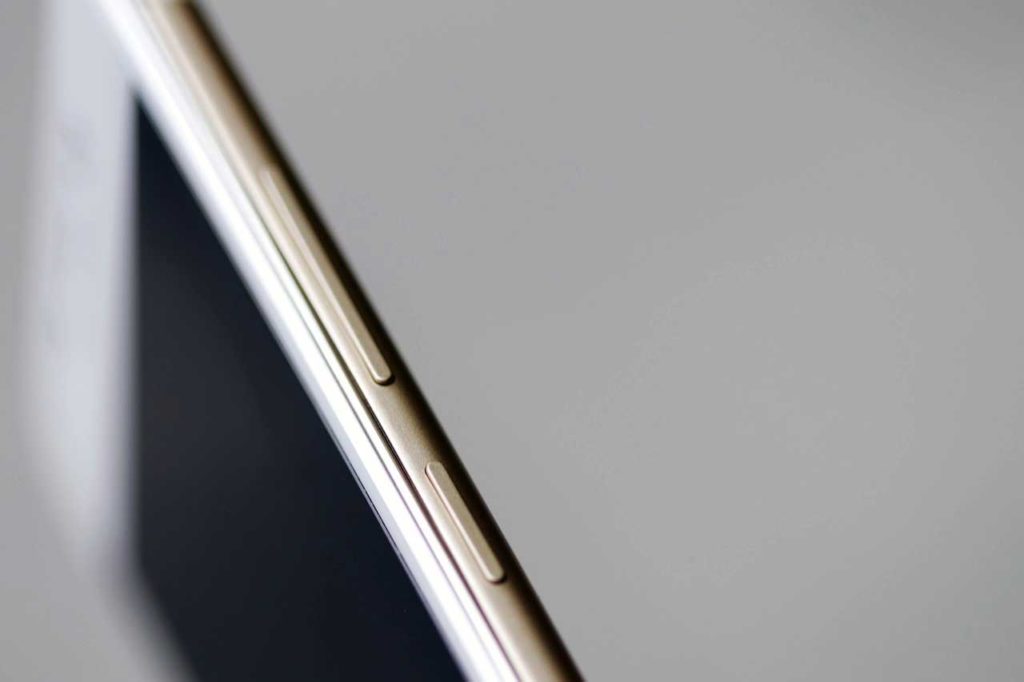 The power and volume buttons are along the right edge of the Vivo V5 Lite.

Looking at the front of the device, Vivo ditched the physical home button that doubles as a fingerprint sensor on the front of the V5 in favor of a capacitive substitute (that doesn’t light up, might we add). The button arrangement remains unchanged, with the home key flanked by the back and recent-apps keys on the right and left side, respectively. 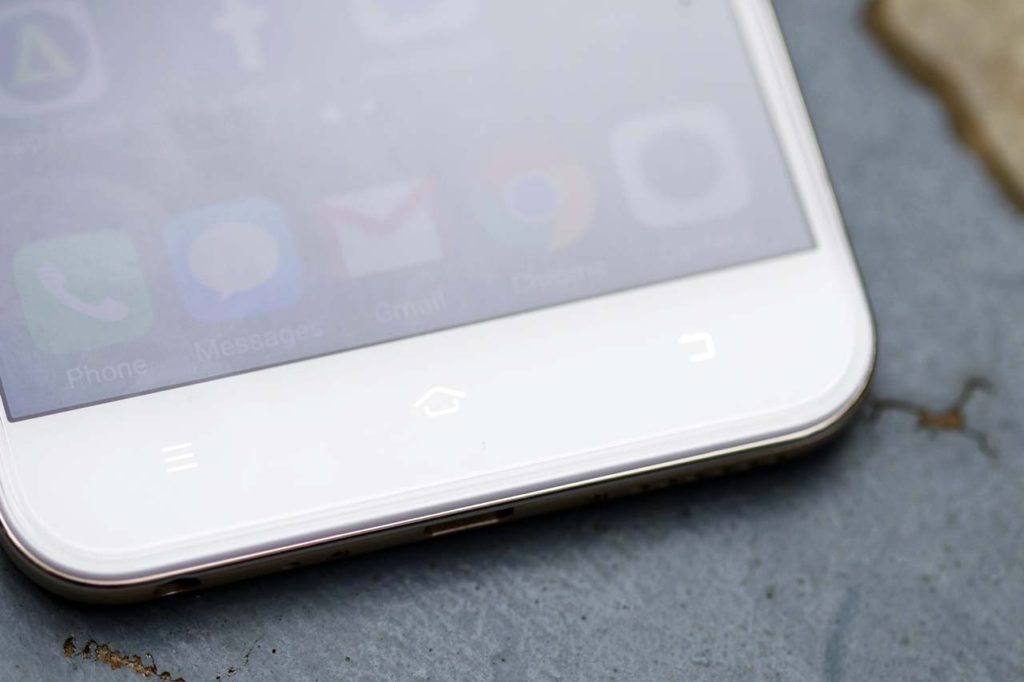 The home key is flanked by the back and recent-apps keys.

While we would have preferred onscreen-navigation shortcuts, as well as the option to switch them out, it’s certainly nice that Vivo is offering a recent-apps key for easier multitasking. What we truly miss, however, is Vivo’s impressive fingerprint reader that makes logging into the phone even easier and more secure. Though you can double-tap the screen to turn it on or off.

The LCD display — of the 720p variety — measures 5.5 inches diagonally, which is to say it should be big enough for most use cases. However, we’re pretty sure you’ll be spending most of your time using the screen for entertainment purposes. 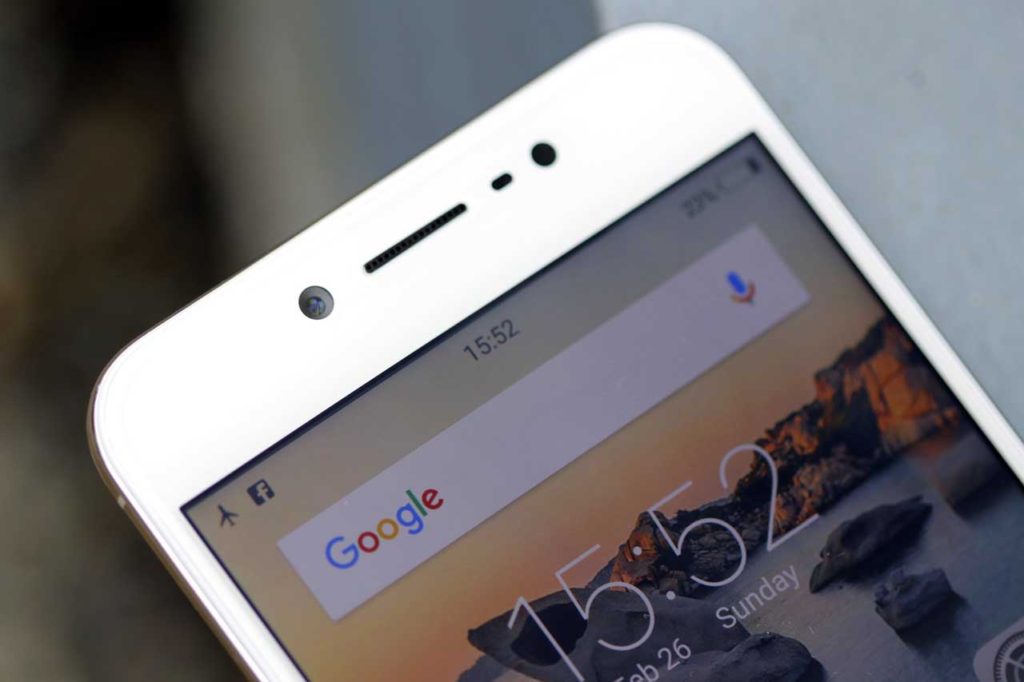 The 5.5-inch LCD display should be big enough for most use cases.

And that can be a bit of a problem if you’re a stickler for details. Viewing angles are decent. But color fidelity can be off, as whites appear somewhat bluish, especially when you look on from an angle.

Picture quality suffers in the process — yet not to the point of being offensive or sticking out more than you might imagine. Then again, it’s not the best we’ve tested in the bargain segment; the standard V5 touts a richer display despite packing as many pixels per inch as the V5 Lite.

To recap: Opting for the Vivo V5 Lite over the regular version, you’ll be missing out on a fingerprint-unlock feature and a better panel overall. Whether both (plus a few other improvements) are worth P3,000 extra to you is something only you can decide. Personally, we’d empty our pockets to have them.

Vivo’s V5 Lite has a slightly different internal configuration compared to the V5, but they don’t seem to perform differently. Both handsets come with a MediaTek MT6750 processor, which houses eight efficiency cores that run up to 1.5GHz. Sure, it’s not as instantaneously fast as the chips powering expensive flagships, but it gets the job done. 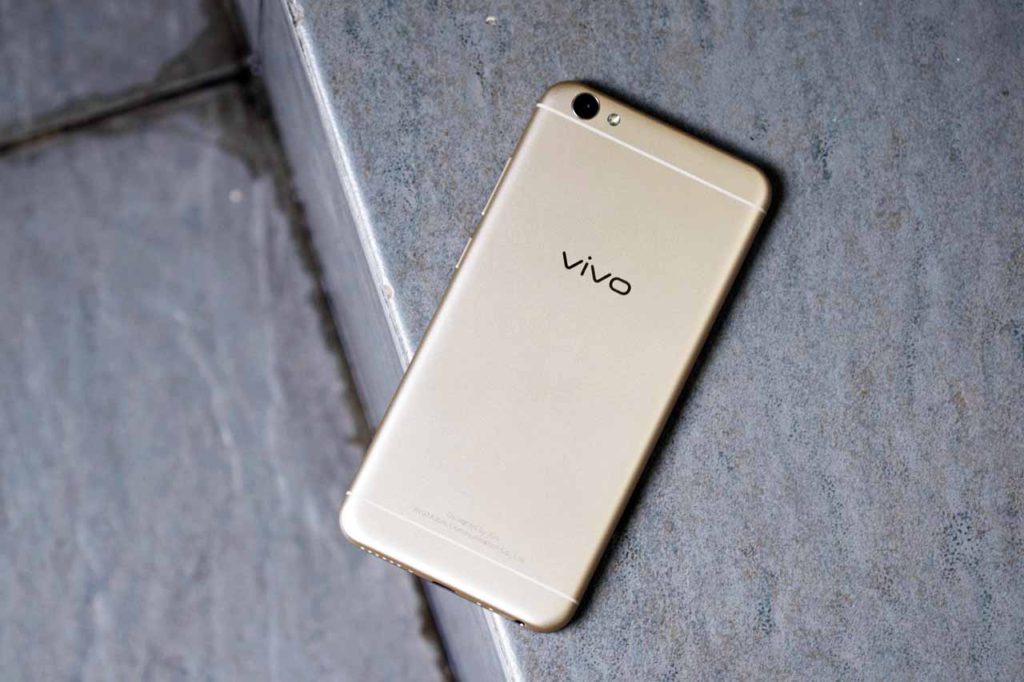 The Vivo V5 Lite has a slightly different internal configuration compared to the V5, but they don’t seem to perform differently.

Navigating around Vivo’s custom interface built around Android 6.0 Marshmallow, firing up multiple apps like Chrome and Facebook, and cycling through them with just 3GB of RAM is a pleasant experience. Opening recent apps isn’t painfully slow despite the modest components. All the usual smartphone tasks you may want to do on the V5 Lite seem smooth to us.

Navigating around Vivo’s custom interface built around Android 6.0 Marshmallow, firing up multiple apps like Chrome and Facebook, and cycling through them with 3GB of RAM is a pleasant experience.

The only time the V5 Lite tends to feel sluggish is when you run a heavy 3D game. NBA 2K17 will make the hardware sweat (but it is totally playable at low settings), as the Mali-T860 GPU inside lacks the punch for complex 3D titles.

As for battery life, this phone doesn’t disappoint. The 3,000mAh unit has no trouble lasting us throughout a full day on a single charge, even when we decide to stream a live NBA game while in transit. With heavier usage — lots of web browsing and reading and watching Netflix — we’d still make it past the afternoon on most days.

This phone doesn’t disappoint battery life-wise. The 3,000mAh unit has no trouble lasting us throughout a full day on a single charge, even when we decide to stream a live NBA game while in transit.

The Vivo V5 Lite has a 13-megapixel sensor and an f/2.2 aperture on the rear cam, while the front-facer steps up to a 16-megapixel unit behind an f/2.0 lens. This setup isn’t atypical for Vivo; both the V5 and V5 Plus come with a better camera on the front.

Based on our testing, the rear shooter seems reasonably capable, certainly an improvement over most budget-phone cameras. It will even blur the background when you’re shooting up close, which we like very much. It can snap photos in relatively quick succession, though focusing can be off sometimes.

For those who like to tinker, or get creative with their shots, there’s pro or manual mode, although auto mode will do a decent job of using the right settings in most scenarios.

The front-facer is even more capable, so it should come as little surprise that it produces super-detailed selfies that only a few can offer regardless of price point. There’s a fill light above the screen, and it helps when shooting at night or in low light. We can think of only one other handset that does what the V5 Lite does for under P10,000: the OPPO A39, which incidentally shares the same specs as Vivo’s entry.

Check out these resized samples taken with the phone. 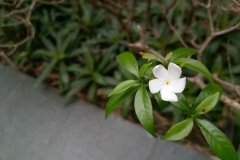 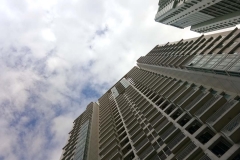 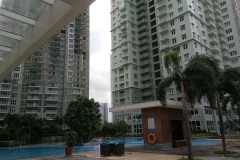 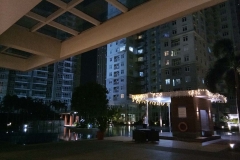 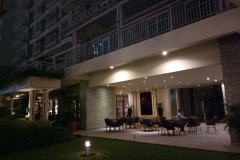 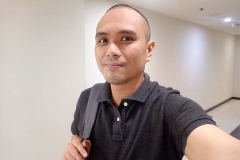 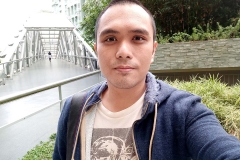 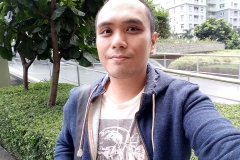 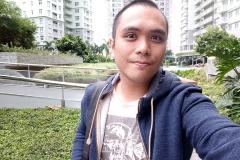 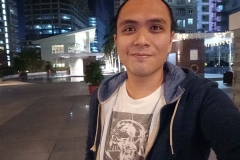 As with other Vivo handsets before it, the V5 Lite offers solid value at a price that won’t leave you feeling like a willing accomplice in your own mugging. In keeping a metal backplate; a large, high-def screen; and a sharp selfie camera, it introduced a few compromises. Fundamentally, though, the positives outweigh the concerns.

And once again, Vivo delivers beyond the usual expectations levied on selfie handsets.