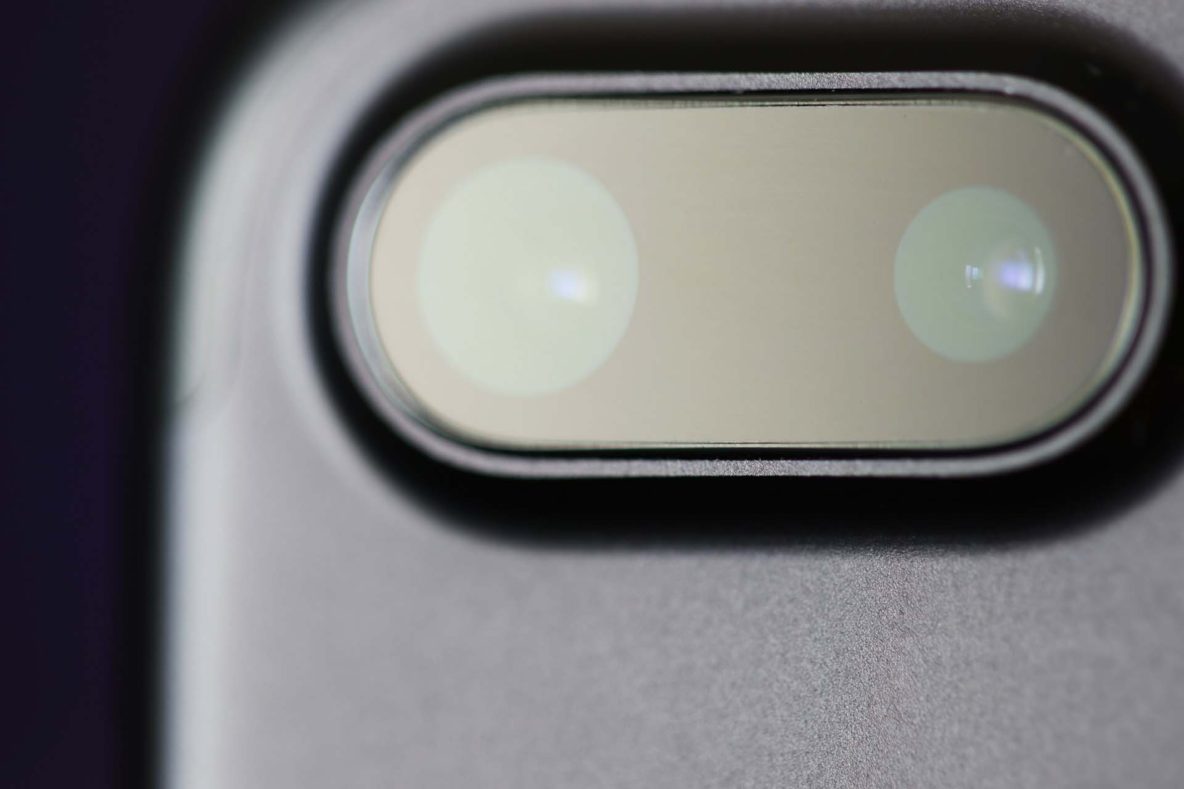 BASED on the messages and comments we have received, many of you believe that Huawei started the whole “three cameras on a phone” concept. But really, the manufacturers you should be looking at are LG and HTC, when in 2011, they debuted the Optimus 3D and the Evo 3D, respectively.

At the time, 3D was the “in” thing, and the two devices rode on that, with the inclusion of dual lenses for the handsets to be able to take 3D videos and photos. However, they didn’t really take off.

Fast-forward to today. The landscape has changed; dual-camera smartphones are a dime a dozen. This could be thanks to better circuit board development through software similar to Upverter to fit so much power in a smaller device. What used to be a feature that’s reserved for the moneyed has found its way to devices that cost less than P5,000 (around $100). If you’re thinking of getting one, then you’re in the right place. Below is a list of phones with a dual-camera setup that are officially available in the Philippines. Let’s start from the cheapest to the most expensive. 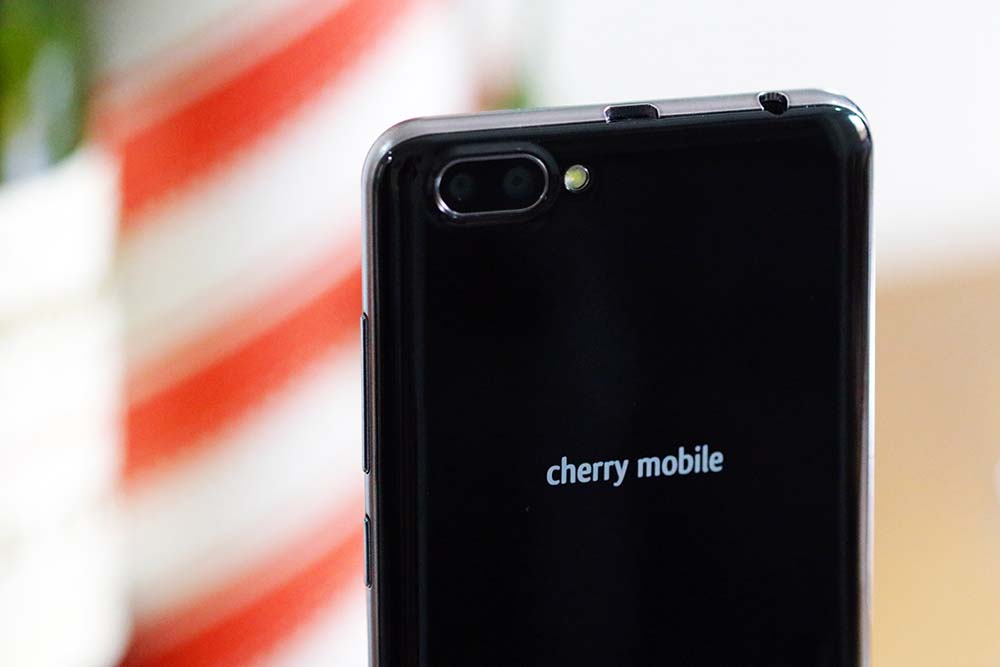 The 13-megapixel back camera, when combined with the secondary 2-megapixel sensor, can produce photos with bokeh effect.

Cherry Mobile’s first stab at a dual-camera smartphone was released end of April 2017. Not only is it easy on the wallet, it’s also running Android 7.0 Nougat. To get the lowdown on the P1, you have to check out Cherry Mobile Flare P1 review: Two rear cameras, one especially low price. 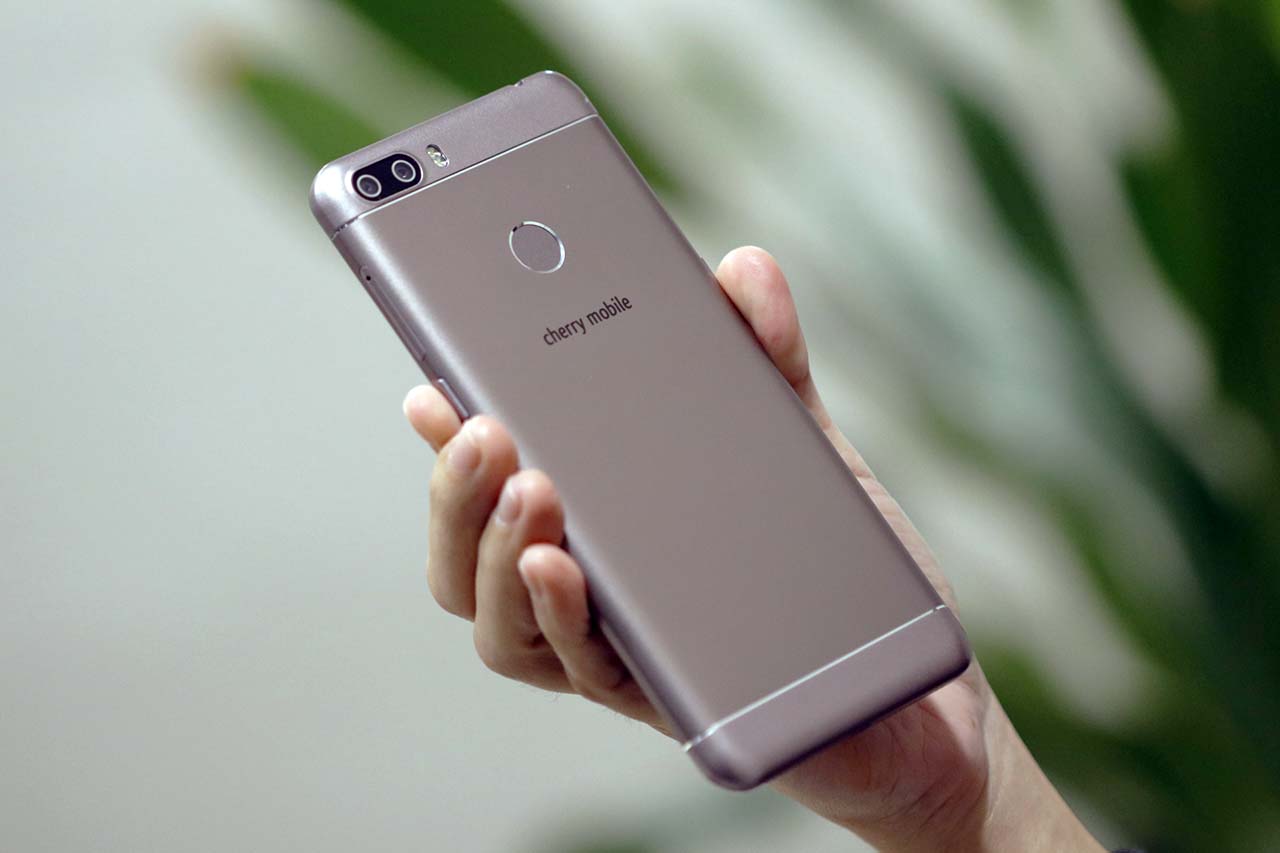 This is one of the first two dual-camera Cherry Mobile phones. 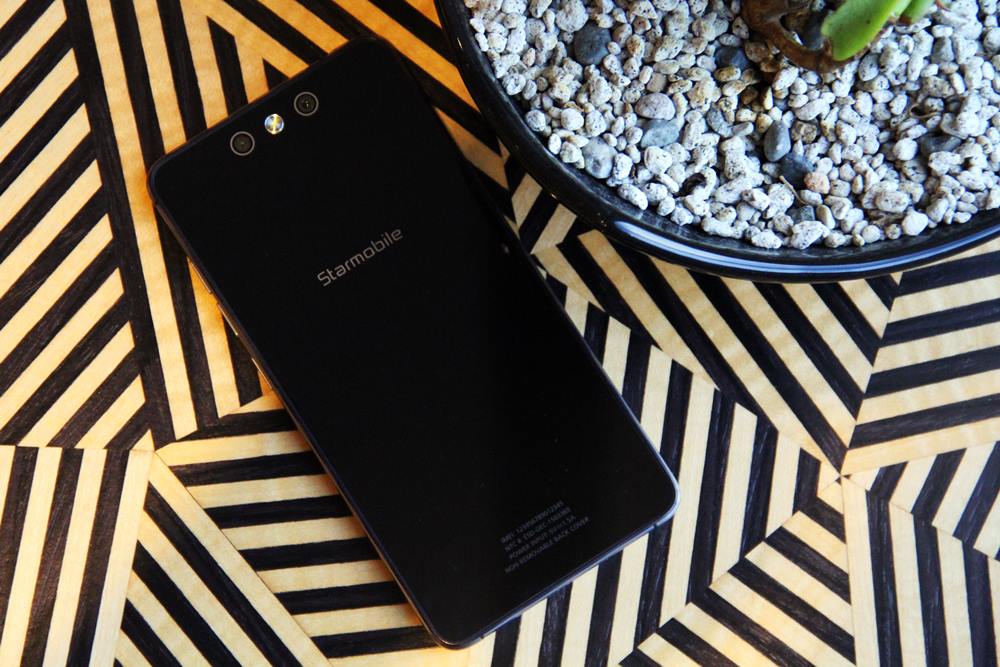 The Starmobile Knight Spectra was launched in 2015.

If memory serves us right, this is the first dual-camera smartphone that was introduced in the Philippines. One sensor has a megapixel count of 13, and the other, 2. One and a half years later, it’s still being sold, but expectedly, the price has gone down by P5,000. The specs are still pretty decent. You get an LTE phone with a DTV tuner, a Snapdragon 615 processor, 3GB of RAM, 32GB of internal storage, a 5.5-inch AMOLED display with full-HD resolution, and a 3,500mAh battery. Unfortunately, the Android 5.1 Lollipop is already an outdated OS. Read Up close with Starmobile’s new dual-camera Android smartphone. 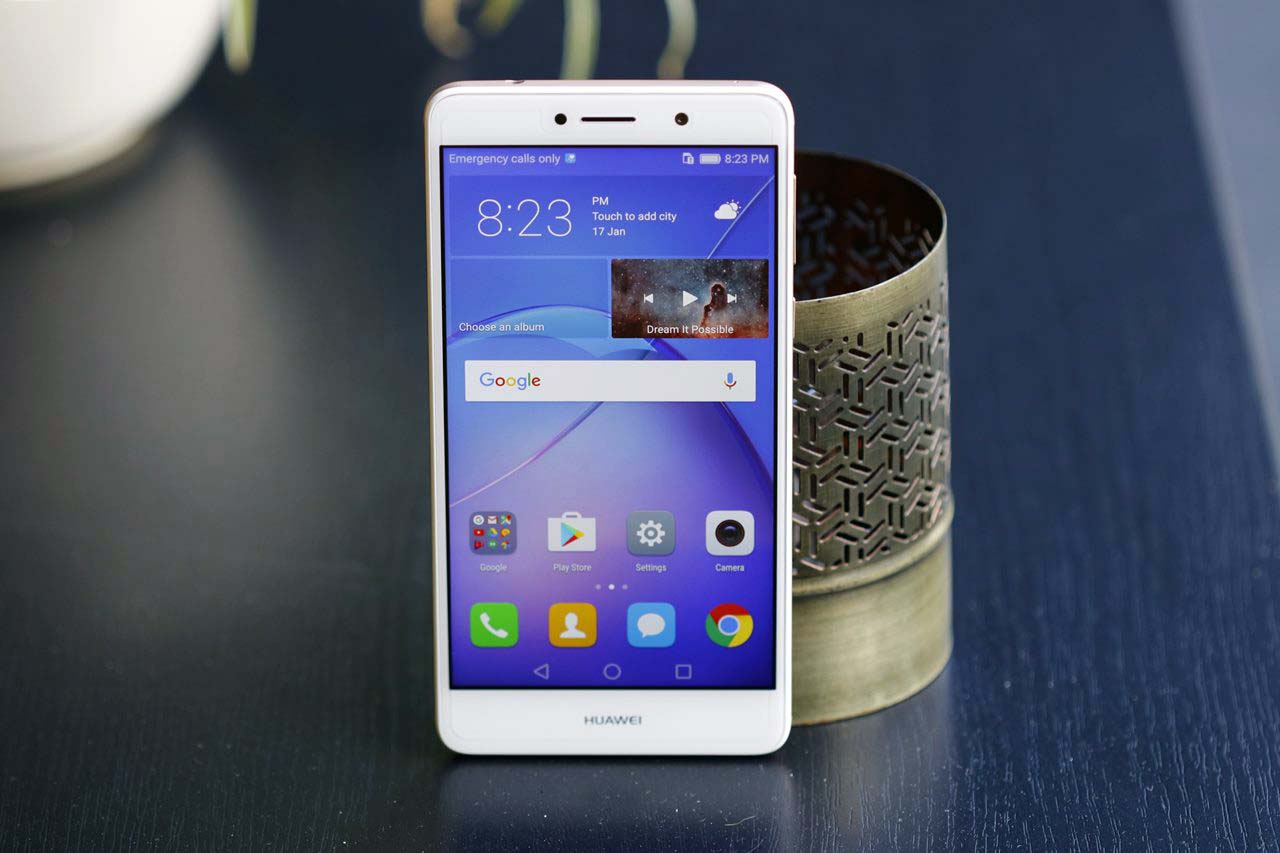 A mere three days after it was launched at CES 2017 in Las Vegas, the Honor 6x made its way to the Philippines. And here, it’s known as the Huawei GR5 2017. It has two cameras: a 12-megapixel RGB sensor captures the image, and the 2-megapixel monochrome one detects the depth of field. The handset features Huawei’s own Kirin 655 octa-core system-on-a-chip, a 5.5-inch full-HD screen, an 8-megapixel front camera, a rear-mounted fingerprint sensor, and a non-removable 3,340mAh battery. Check out our quick review in Huawei GR5 2017, aka Honor 6x: Junior Mate. 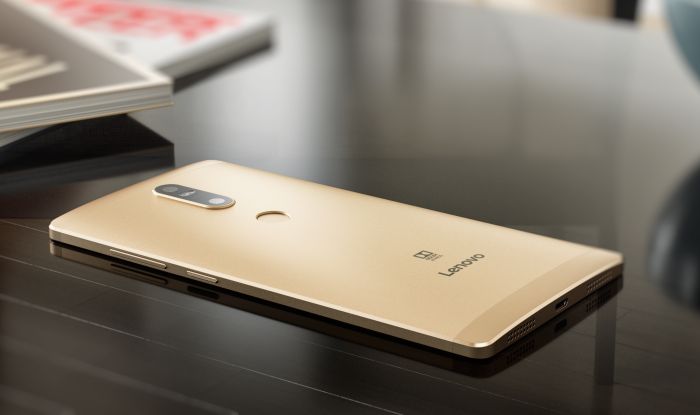 The Lenovo Phab 2 Plus has another unique selling point: its augmented-reality mode.

Originally priced at P14,999 or roughly $301, the Phab 2 Plus steps up to a full-resolution display and an octa-core MediaTek MT8783 processor. It also has a fingerprint sensor and dual rear-facing cameras for refocusing shots after the fact and adding bokeh to your image. Another unique selling point is augmented-reality mode, which works similarly to the Phab 2 Pro’s AR feature. Among other things, it allows the little ones to have fun with the phone interacting with virtual kittens and dogs. 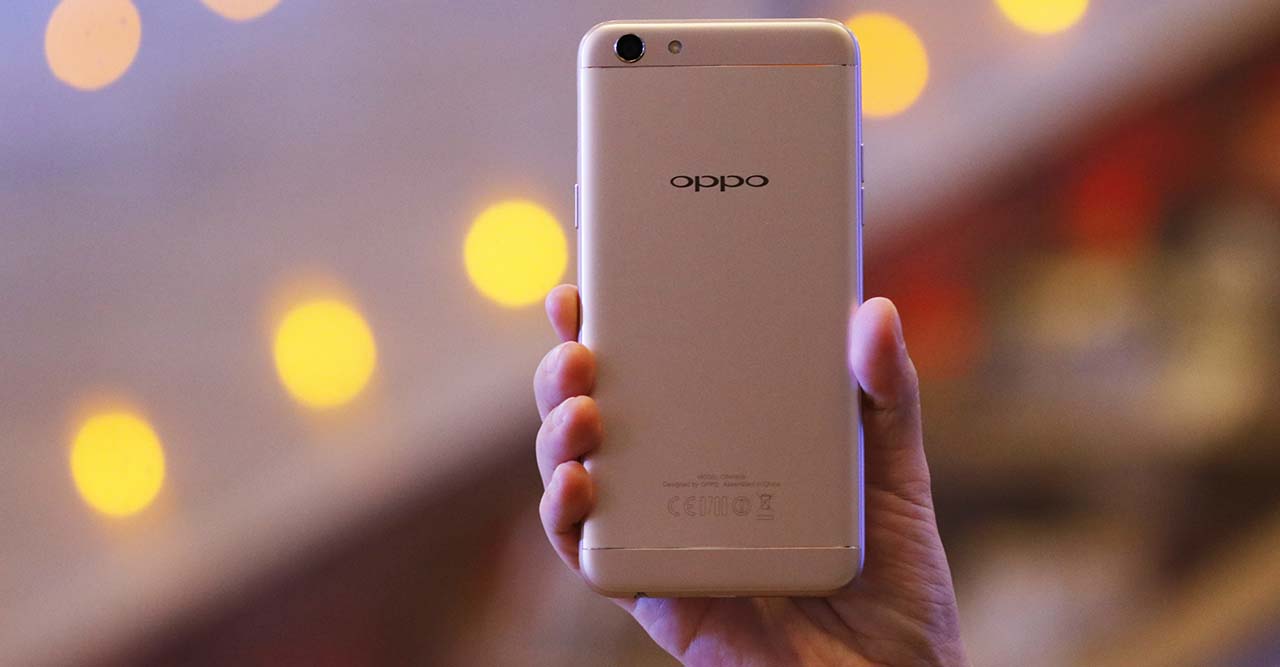 The OPPO F3 was launched in May 2017, more than a month after the F3 Plus was announced.

This is the second dual-camera phone in OPPO’s F3 stable of “selfie experts.” Taking care of the main images is a 16-megapixel sensor that sits behind an f/2.0 aperture lens. And providing a wider field of view for those times you want to take group selfies is a secondary 8-megapixel camera. It’s a 5.5-incher that is powered by a MediaTek MT6750T processor and packs a 3,200mAh battery and a 13-megapixel rear camera. 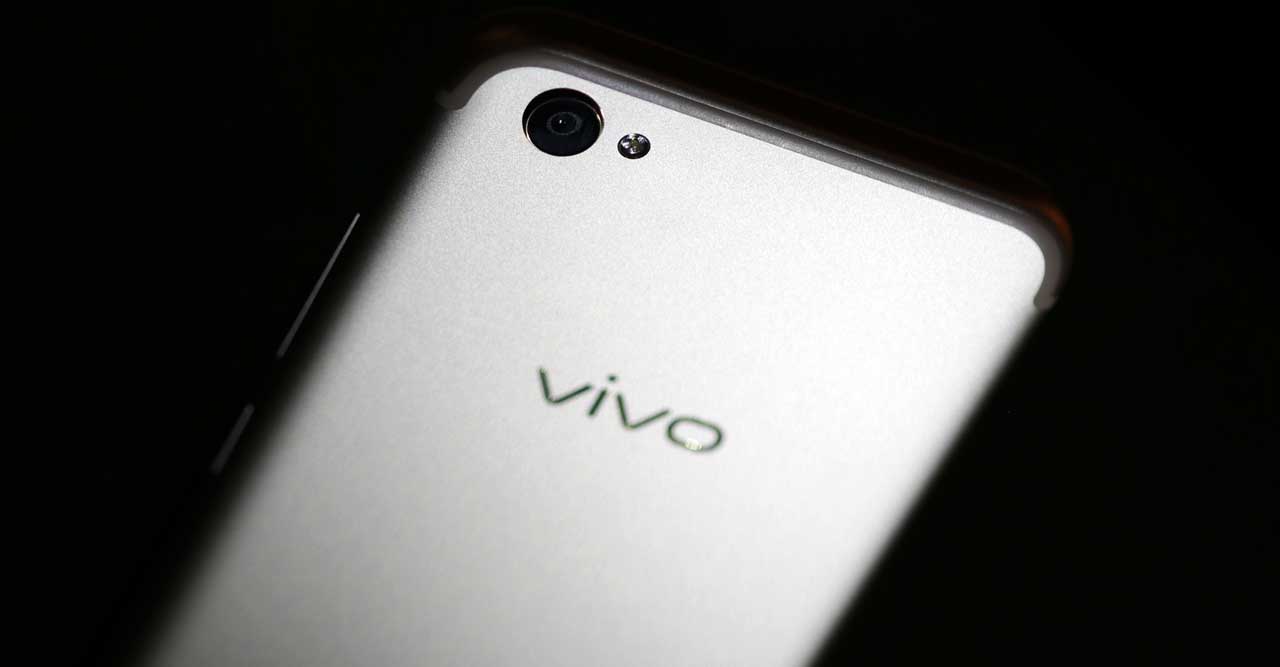 The Vivo V5 Plus’ front gets two cameras.

Vivo was the first phone maker to take the battle to the front with the introduction of the V5 Plus. It sports dual 20- and 8-megapixel front cameras to give your selfies that bokeh effect. And it works as advertised — exceptionally well at that. You should really check out our article: Vivo V5 Plus review: Selfie superstar to see how it performs. 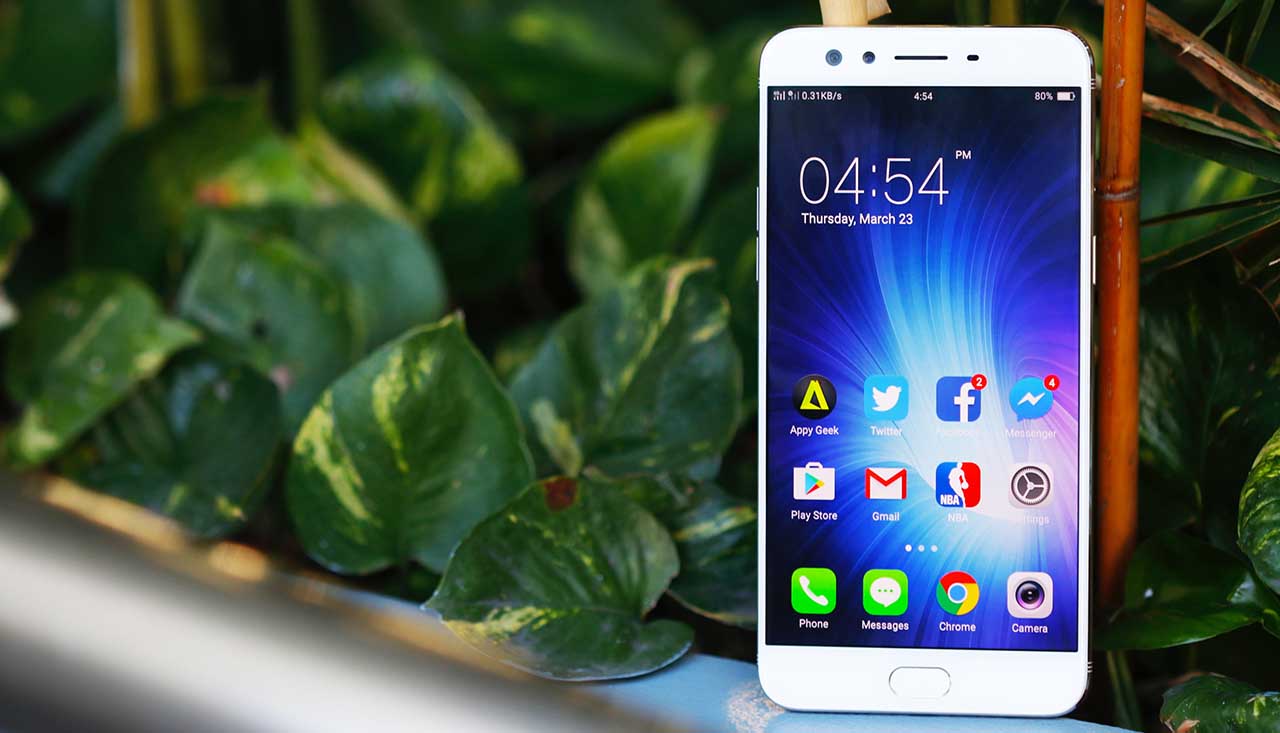 Unsurprisingly, the OPPO F3 Plus features two cameras on the front, too.

This 6-incher is obviously more souped-up than the newly launched OPPO F3 even though they have the same 16- and 8-megapixel selfie cameras. The F3 Plus gets a Qualcomm Snapdragon 653 processor, a 4,000mAh battery, a 16-megapixel rear camera, and VOOC fast charging. See how it differs from its smaller sibling in OPPO F3 launched in PH. How does it compare with the F3 Plus? 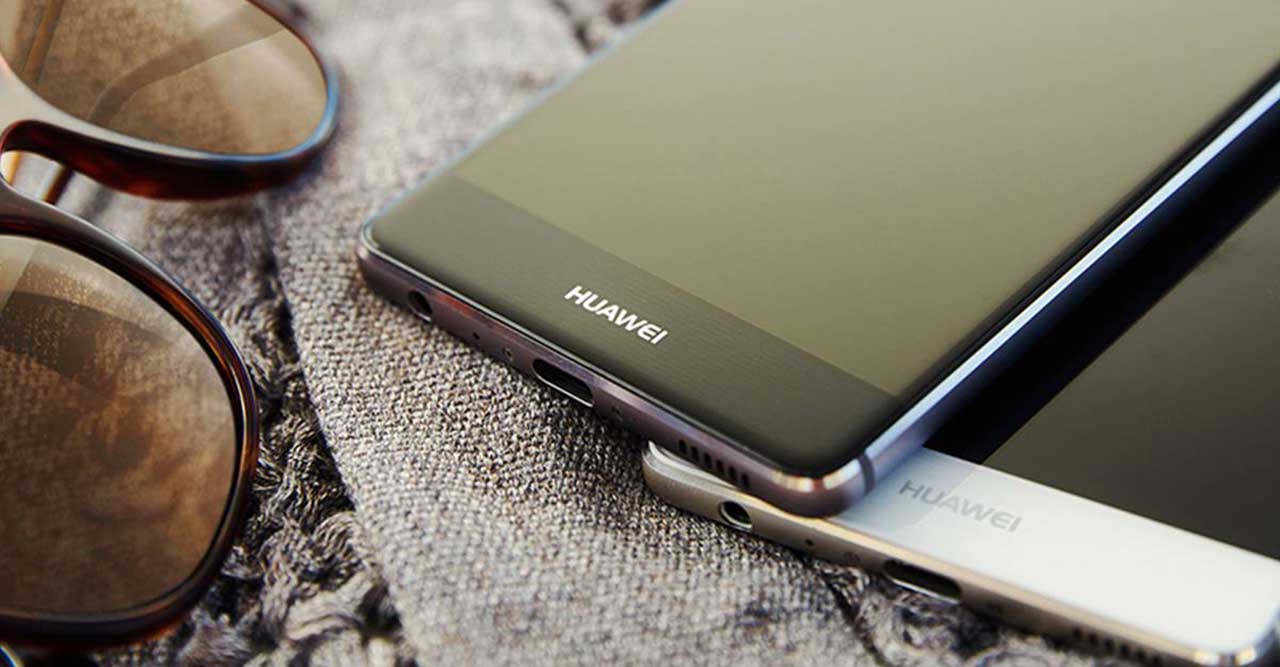 From the smartphone series — borne out of a partnership with German brand Leica — that did so well, and that’s probably why a lot of you think that Huawei started the dual-camera-phone craze. The 5.2-inch P9 uses two different 12-megapixel sensors: one is RGB, and the other is monochrome. And they work in tandem to capture as much light as possible, so you can take more detailed photos. That’s with an option to blur the background. It is powered by Huawei’s own HiSilicon Kirin 955 processor and features Android 6.0 Marshmallow 6.0 with Emotion User Interface or EMUI baked on top. 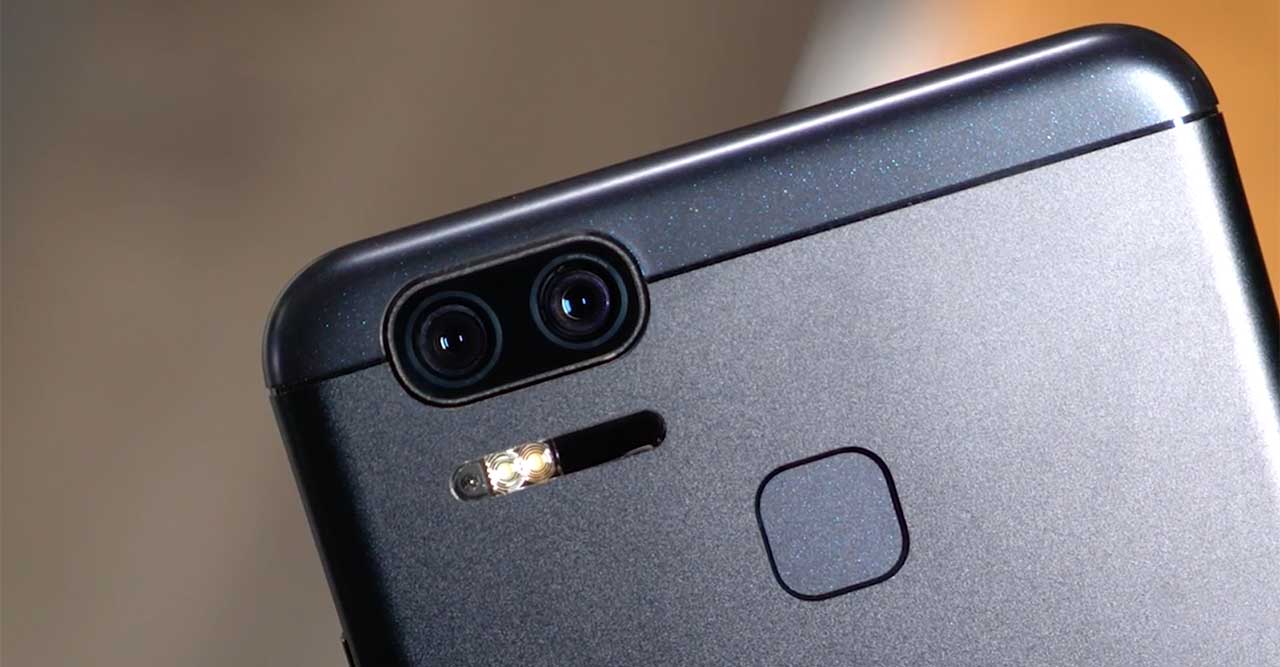 The ZenFone 3 Zoom is ASUS’ first entry into the dual-camera-phone category.

ASUS joins the dual-cam fray with the introduction of this smartphone. The two rear cameras’ sport 12-megapixel sensors. One of the two is capable of zooming in on a subject from afar — farther than what the Apple iPhone 7 Plus can capture — without supposedly compromising on quality. And the other has a wide f/1.7 aperture. Combined with a Sony IMX362 sensor, a large 1.4µm pixel size, and a six-element lens, it should let 1.25x more light to pass through to the sensor — great especially when you’re shooting in a low-light environment. 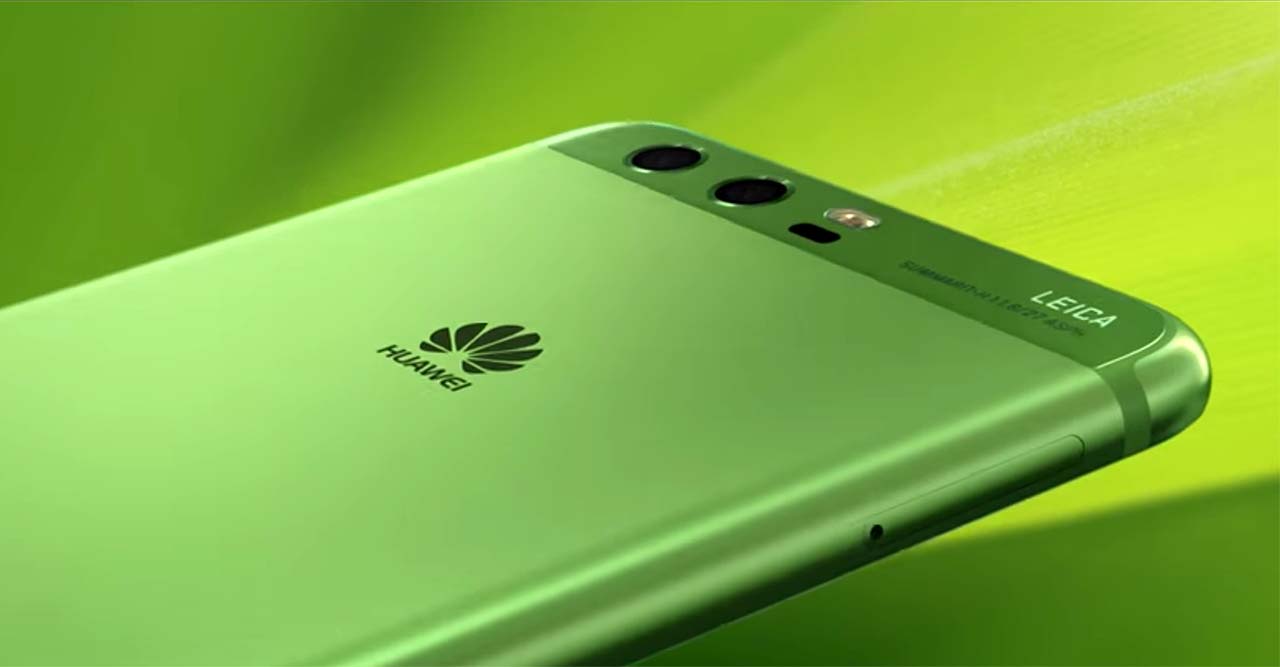 The Huawei P10 gets high marks from DxOMark.

DxOMark, the site that has become the benchmark for camera and lens-image testing, has given the regular P10 a high score of 87, with higher marks for photos than videos. This puts the smartphone in third place, next to the Google Pixel — the current top scorer with 89 points — and the Samsung Galaxy S7 Edge, the HTC 10, and the Sony Xperia X Performance — all with a rating of 88. Pretty impressive, yes? 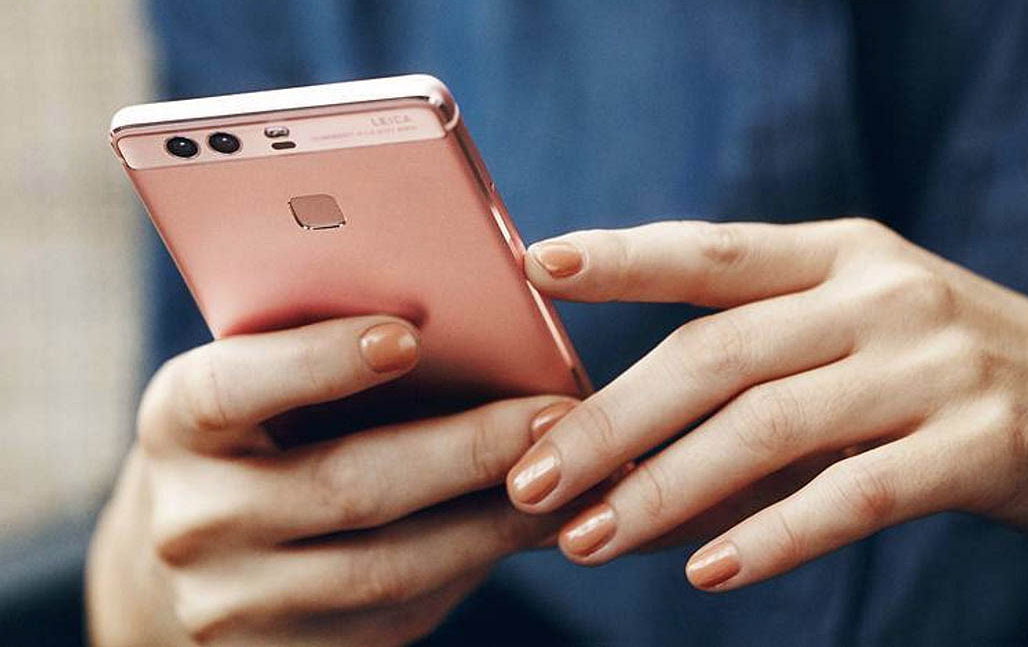 The Huawei P9 Plus is the P9’s larger sibling.

The other half of the P9 Series. Just by the word “Plus” alone, you know that it’s the bigger sibling of the Huawei P9, courtesy of its 5.5-inch screen. RAM and battery are larger at 4GB and 3,400mAh as well, compared with the 5.2-incher’s 3GB and 3,000mAh. The rest are more of the same, even up to how the dual-camera setup works. 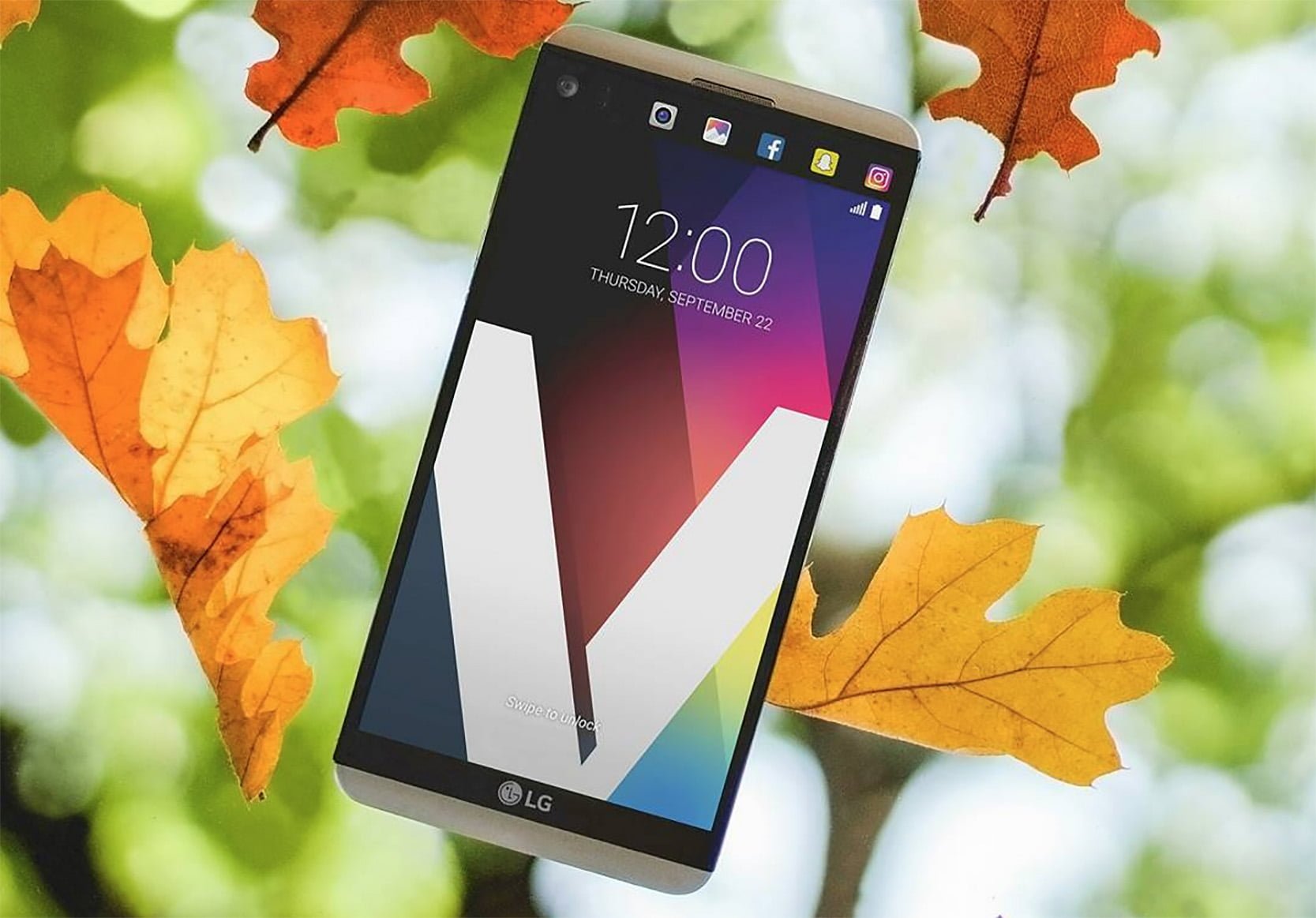 Introduced in September 2016, this device holds the distinction of being the first non-Google handset to ship with Android 7.0 Nougat and a shortcut to Google In Apps search. And unlike the G5, it raked in favorable reviews since its debut in the U.S. and other Western countries. Many praised its 16- and 8-megapixel rear cameras — one of which takes wide-angle photos — audio quality, and feature list, which includes a Qualcomm Snapdragon 820 processor, 4GB of RAM, and 64GB of internal storage. 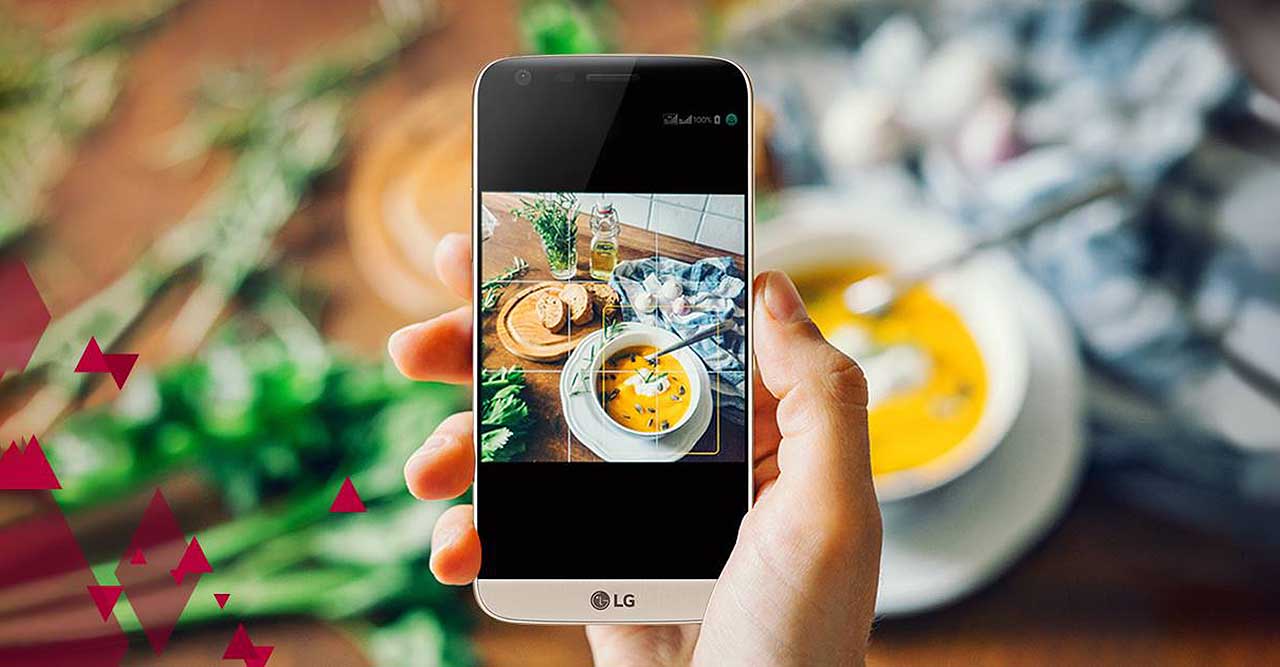 LG Electronics’ 2016 flagship boasts 16- and 8-megapixel cameras on the back, with one having a wide-angle lens. The company has already started rolling out the Android 7.0 Nougat update, so you shouldn’t worry about the getting stuck on Marshmallow. You won’t see the modular concept on the new G6 anymore, so if you still like the idea of add-ons such as the the LG Cam Plus camera and battery, then this is probably for you. Other highlights include a 5.3-inch quad-HD LCD screen and a Qualcomm Snapdragon 820 processor with 4GB of RAM and 32GB of built-in storage that can be expanded using a microSD card. 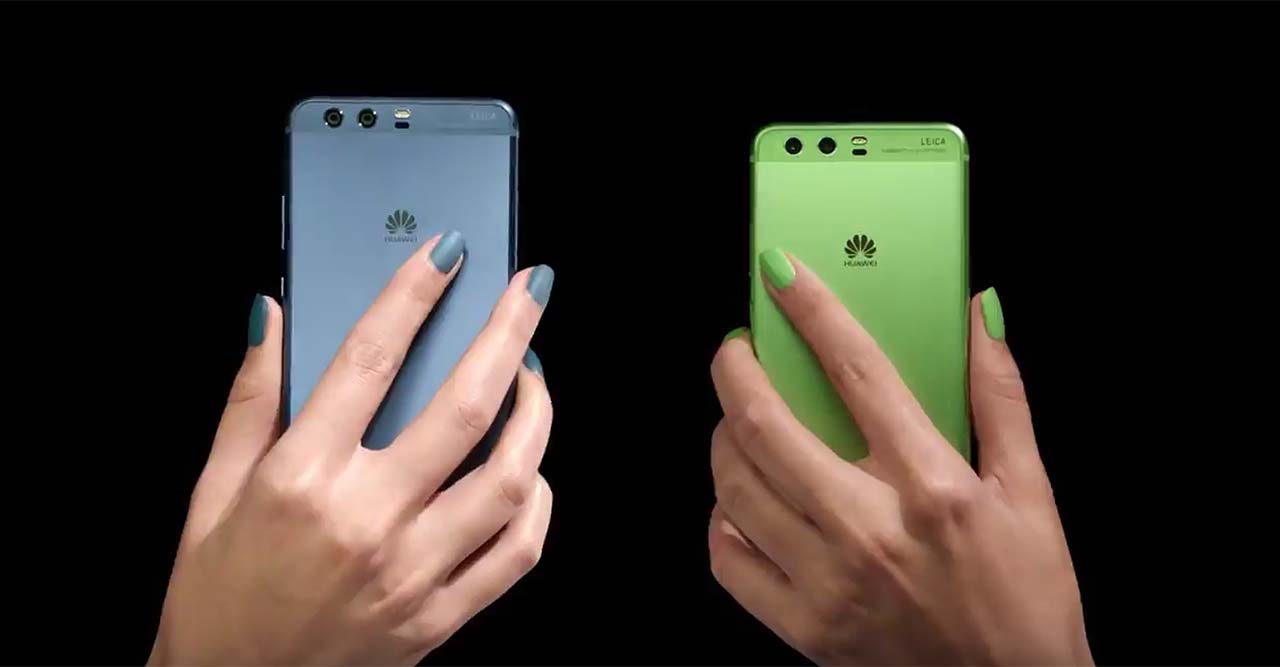 Camera-wise, the Huawei P10 Plus’ picks up where the series left off.

The P10 Plus is very much similar to its predecessor in and out, being fabricated from a cocktail of metal and glass and upgraded internals. Camera-wise, it picks up where the series left off, with two camera sensors on the back — one 20-megapixel unit for monochrome details, and the other, a 12-megapixel affair, for colors — the same implementation we saw last year. What’s new is the inclusion of Portrait mode, which gets it on the same playing field as the Apple iPhone 7 Plus. The front-facer should also smarter this time around, intelligently switching between solo and group-selfie modes to fit more people in the frame. 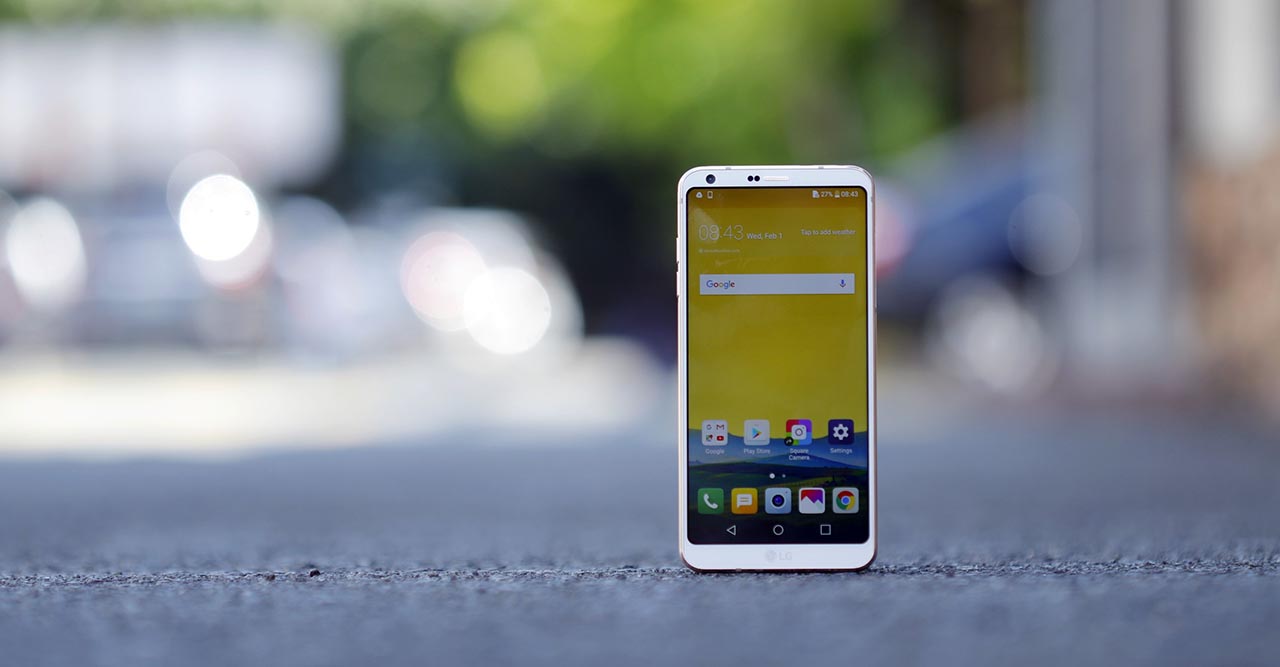 The LG G6 does away with the G5’s modular concept.

LG’s hero smartphone for this year does away with the G5’s modular concept. Two 13-megapixel rear-facing cameras are present, and one of which has a 125-degree lens to capture wide-angle shots. On the front is a 5-megapixel camera with an expanded 100-degree field of view. Front and center is a 5.7-inch display with 18:9 (or 2:1) picture size that’s a wee bit taller than the 16:9 ratio that we’re used to. And we’re glad that it’s bigger even though the form factor is compact. You should read LG G6 quick review: So fly, so grounded. 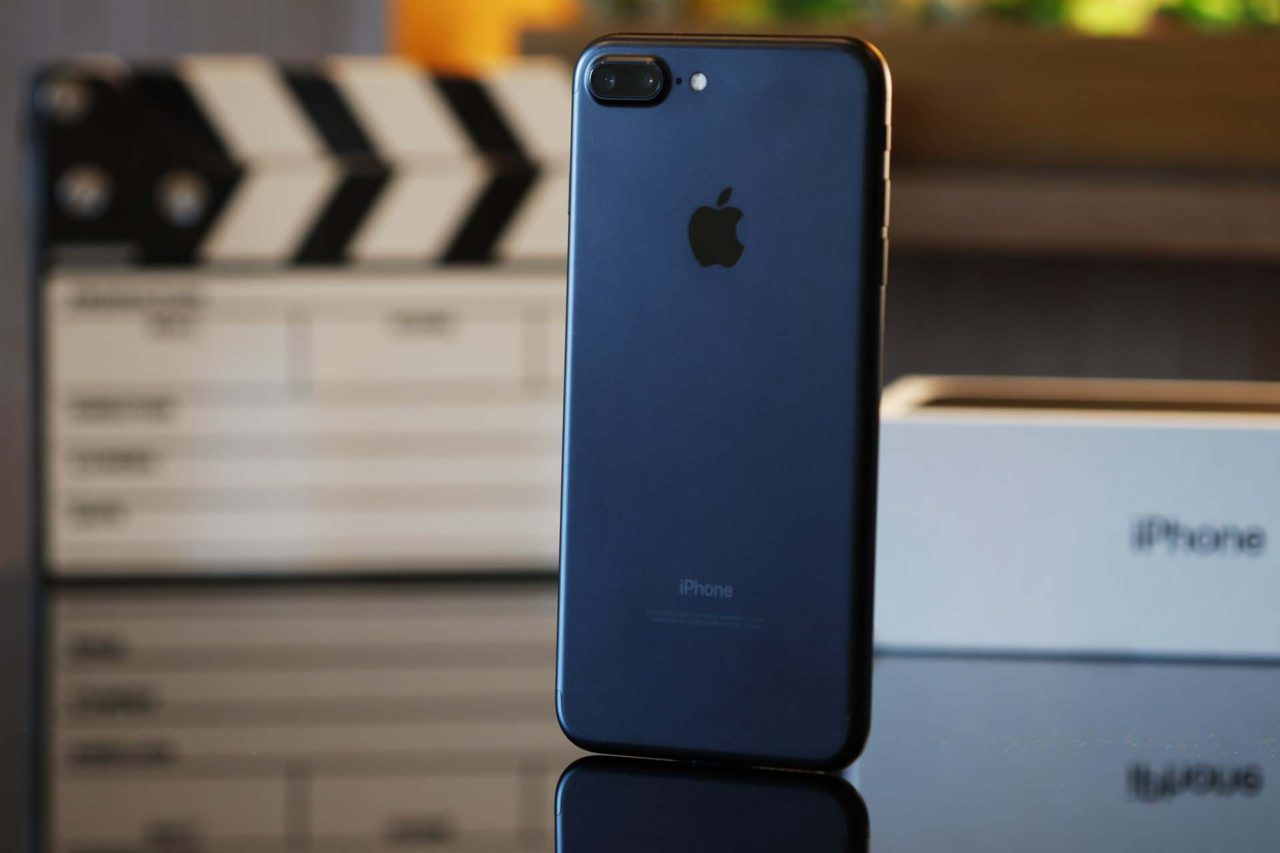 The dual-camera system has made its way to the Apple iPhone 7 Plus.

The dual-cam system on Apple’s latest and greatest works like most of the devices here in the sense that one of the two cameras on the back adds a dramatic bokeh or background blur to shots, which you usually only get from professional cams. By now, you’re probably familiar with what the iPhone 7 Plus still has to offer, but if you’re not, check out Apple iPhone 7 Plus review: King of big phones.