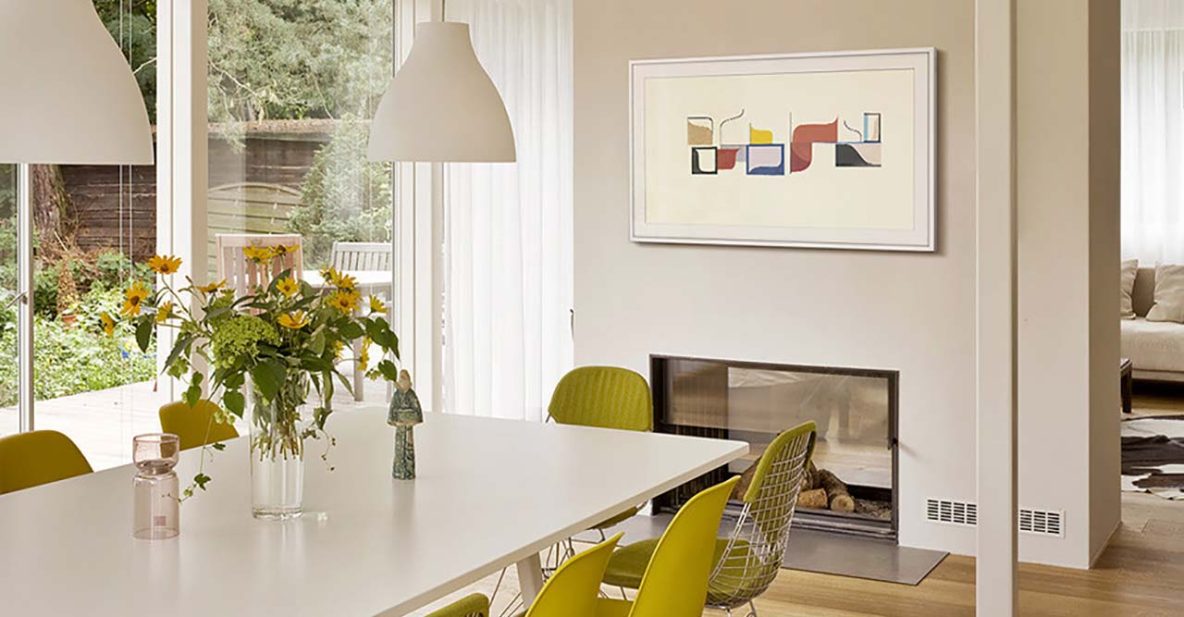 ALTHOUGH the television may be the centerpiece of your living room, it’s not exactly a piece of art, amirite? Worse still, it could be an eyesore, or the thing that does not belong and exists only because, duh, it’s a TV. There are many ways to make a TV become a key part of the room instead of something ugly that stands out for all the wrong reasons, you could choose to mount the TV on the wall or just use the classic TV stand. Neither option has to cost you lots of money as you can find many cheap mounts and TV stands for sale. At the end of the day, it is all up to personal preference.

Samsung is aware of this conflict and believes it has the right product to resolve it without drawing lines between aesthetic concerns. Meet The Frame, the company’s finest-looking TV yet — on or off.

SEE ALSO: The smartphone with the best display is a Samsung Galaxy

That is an important distinction, because while there are better panels available, The Frame promises to blend effortlessly into a variety of room designs and concepts even after the screen turns black.

It begins and ends with what Samsung calls Art Mode. When the television stops working as a television — y’know, showing cable and Netflix and the like — it transitions into an art frame, housing digitized collections of real art that you can cycle through to match virtually any setting. Moreover, these images can be showcased against different layouts and background color options.

The Frame can transition into an art frame, housing digitized collections of real art that you can cycle through to match virtually any setting.

You can select from a hundred curated artworks right out of the box, with the option to download more via a monthly subscription. Samsung tells us it has about 400 works currently on offer and aims to stretch this number to a thousand by the end of the year.

If you absolutely insist, it will also happily display your photos, preferably while others are around. In Art Mode, the TV draws about the same amount of power as a regular cable box does, which is a win for your electric bill.

In Art Mode, The Frame draws about the same amount of power as a regular cable box does, which is a win for your electric bill.

The Frame supports a special wall mount that allows it to hang flush to your wall, similar to how a painting or a picture would, more or less. For added flexibility, you can change the frame of, well, The Frame with a choice of snap-on covers that are purchased separately. There’s also the option of propping it up on a basic stand or a fancy tripod that complements the TV’s minimalist appearance.

For added flexibility, you can change the frame of Samsung’s The Frame with a choice of snap-on covers that are purchased separately.

Additionally, unsightly external wires are easier to deal with, as the TV can connect to multiple audio and video devices using a single, transparent optical cable. We reckon this feature would make it on every interior designer’s wish list.

As for the panel itself, The Frame uses LED technology and outputs at glorious 4K resolution with high dynamic range to boot. Unfortunately, a brighter and more vibrant Samsung QLED screen is out of the picture.

Smart TV staples, such as apps, wireless connectivity, and phone mirroring, are (expectedly) in. There are other smart features, too. The Frame can detect a person’s presence and turn the screen on or off to save energy. It likewise intelligently adjusts the display settings according to the amount of light around it, so digitized artworks look their best in any environment.

Samsung’s The Frame doesn’t look like a TV, does it? 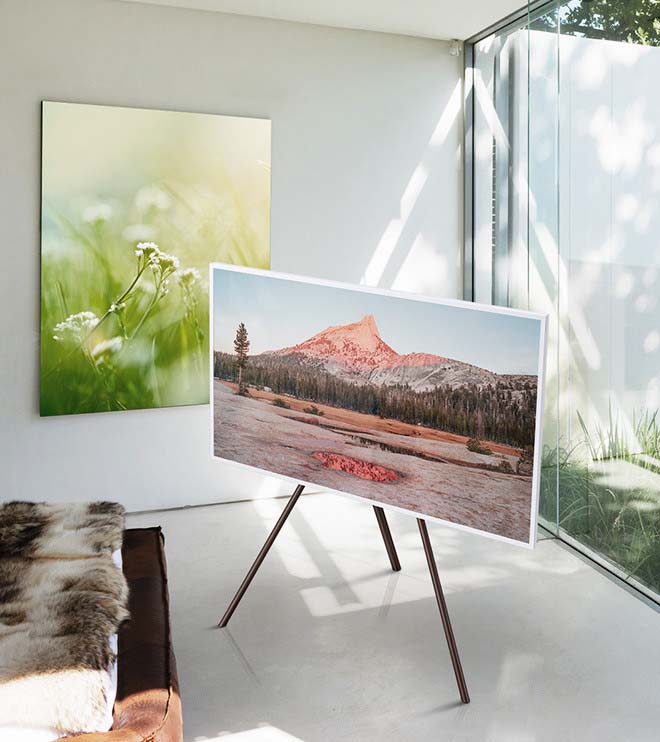 Another way to showcase The Frame

Till December 31, Samsung Philippines is throwing in a free customizable frame, six months of unlimited access to its Art Store, and a 32-inch or 40-inch Samsung smart TV for Abenson, Ansons, and SM Appliance Stores shoppers. And for a limited period, when purchased at Abenson, Ascott BGC, Glorietta, Alabang, and TriNoma. But who would want to own another boring and black and unsophisticated box after setting his or her sights on this beauty?

The local outfit has also collaborated with the Philippine School of Interior Design, which will be holding an exhibit of sample living spaces incorporating Samsung products at Uptown Bonifacio Mall in Bonifacio Global City, Taguig. Free of charge, the exhibit will open to the publicOctober 1 and run through the entire month.