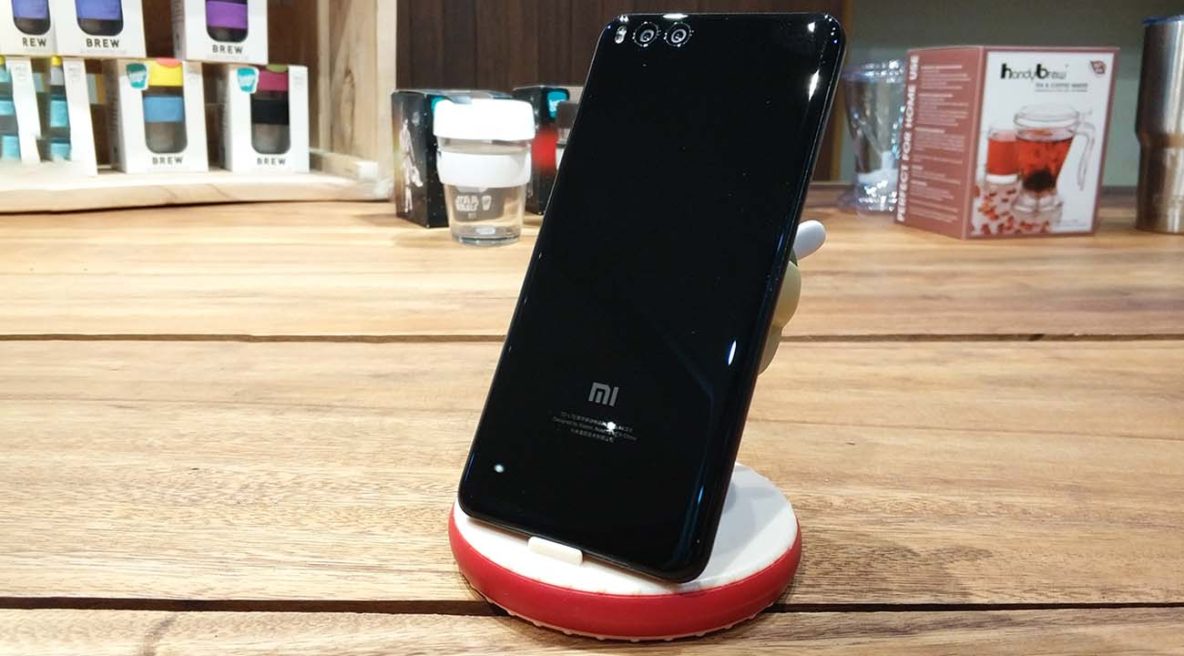 I am glad it did not take another 21 months for Xiaomi to release the Mi Note 3. To our surprise, its design is copied from the company’s current flagship, the Mi 6. Prior to its release, there were rumors that there would be a Mi 6 Plus, and this confirms all those leaked images we’ve seen on Weibo.

(The author, whose passion is to review whatever Xiaomi releases, is a contributor at Revü Philippines.)

One problem with the Mi Note 2 and Mi Note 3 was that they were launched side by side with the Xiaomi Mi Mix and Mi Mix 2. Thus, they got overshadowed. I wish that Xiaomi had picked another day to give them more of the spotlight since they are flagship-level devices. 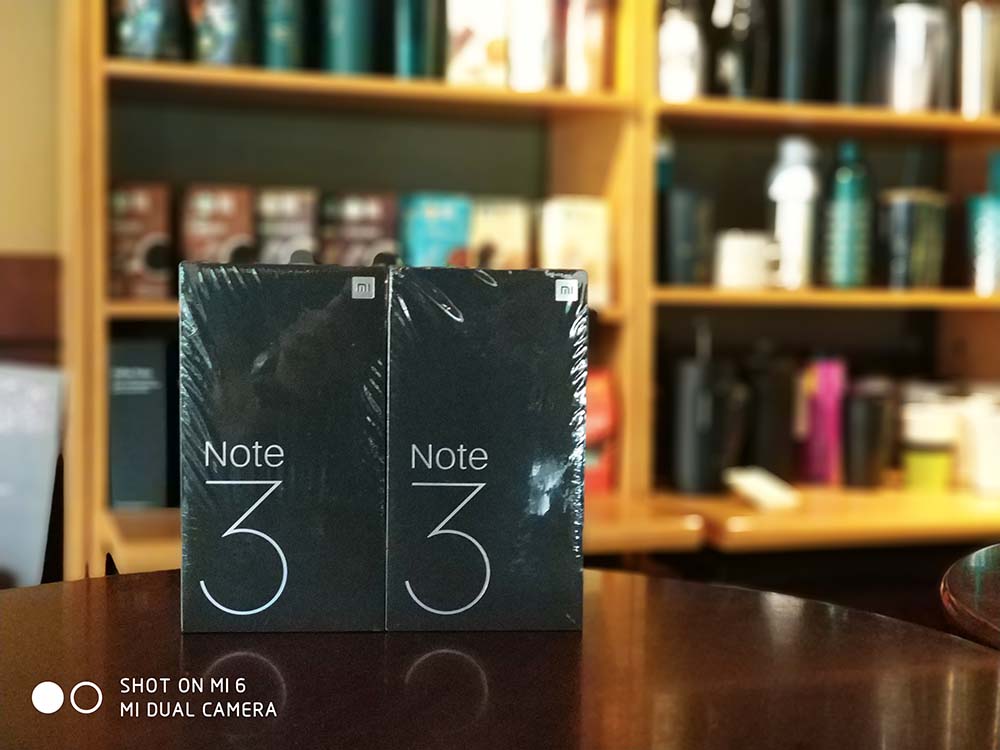 I got both variants of the Xiaomi Mi Note 3.

Xiaomi has given the “standard black box” treatment to the Xiaomi Mi Note 3. It signifies that the Chinese company has acknowledged this unit deserves to be classified as one of the best of the best. Before the Mi Note 3, the Mi Note Pro was the first and last Note to get a black box. The Mi Note 2 did not ship with one. 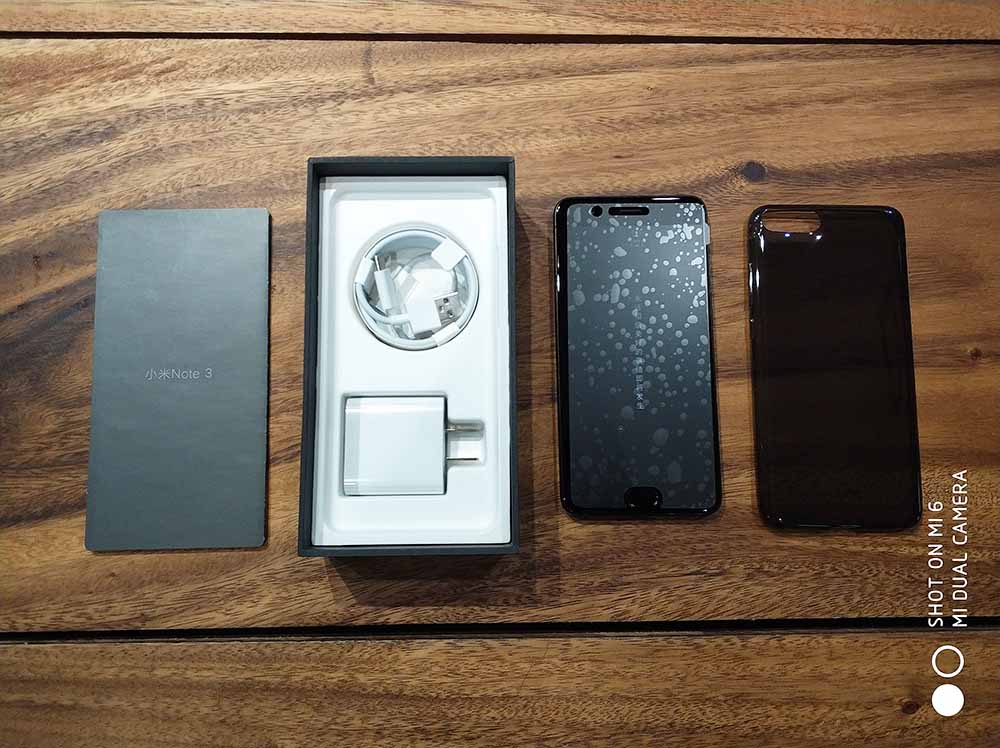 Inside the box of the Xiaomi Mi Note 3

Inside the box, we have the unit; a Qualcomm Quick Charge 3.0 wall charger; a USB-C cable; a SIM-eject pin; some documentation; and a black-smoked jelly case. The box is compact and small, just like any other Xiaomi phone box.

My unboxing video of the Xiaomi Mi Note 3

The Xiaomi Mi Note 3 is basically a bigger Mi 6. It could have been the Mi 6 Plus, but Xiaomi probably wanted to ride on the success of the Mi 6 and incorporate it into their Note series to create some hype.

I’ve placed the Mi Note 3 and Mi 6 side by side and found the aesthetics to be similar. The curved glass at the back makes it feel elegant, and the screen on the front is made of high-grade protection glass. 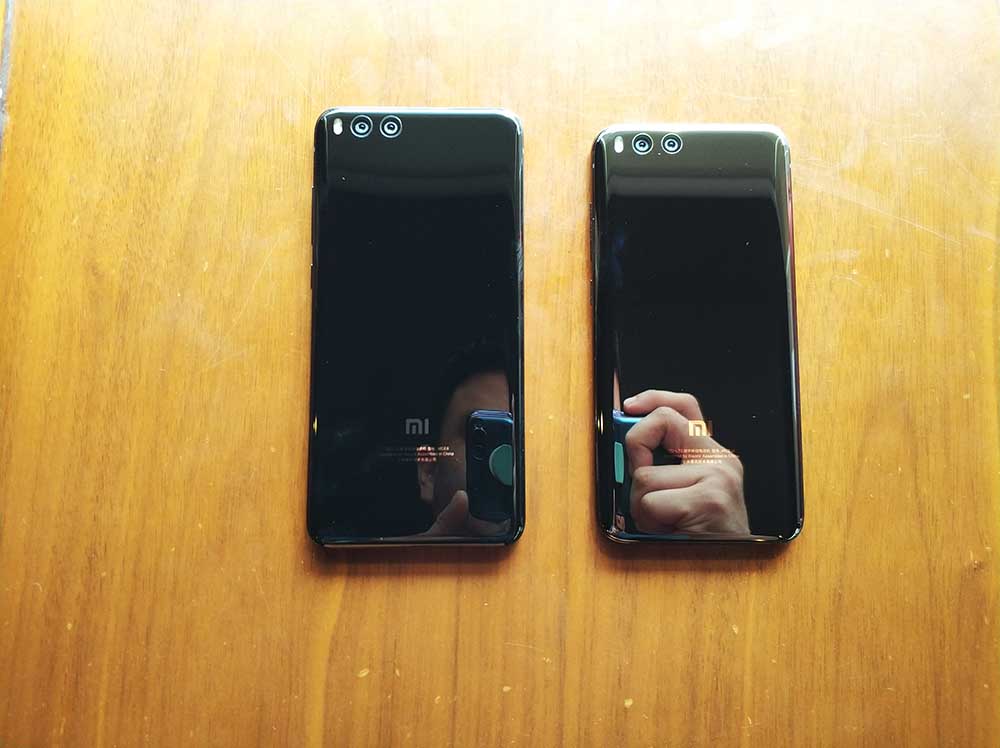 The Mi Note 3 looks identical to the Mi 6… 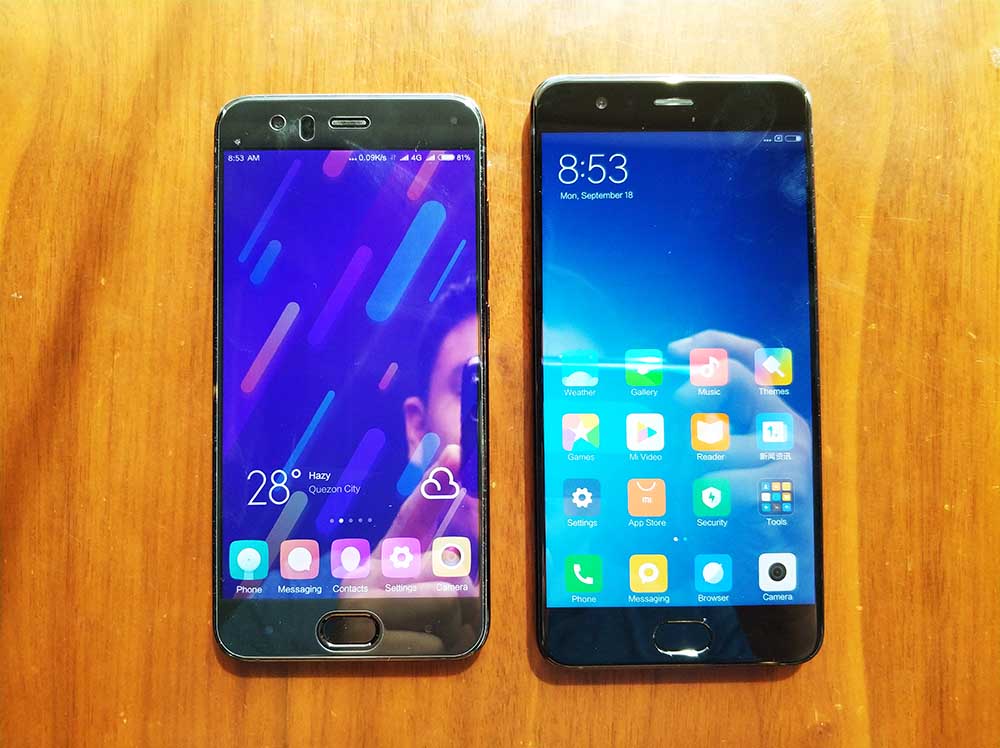 Now, it’s back to 2.5D glass on the front. The screen also gets a downgrade from an AMOLED display to an LCD one, which I believe is a bit of an injustice for the Note series.

Above the frame, we have an IR blaster and a noise-cancelling mic. We have to say goodbye to the 3.5mm audio jack, as it now seems standard among Xiaomi flagships. It’s such a shame that my Xiaomi Pistons collection will go to waste. 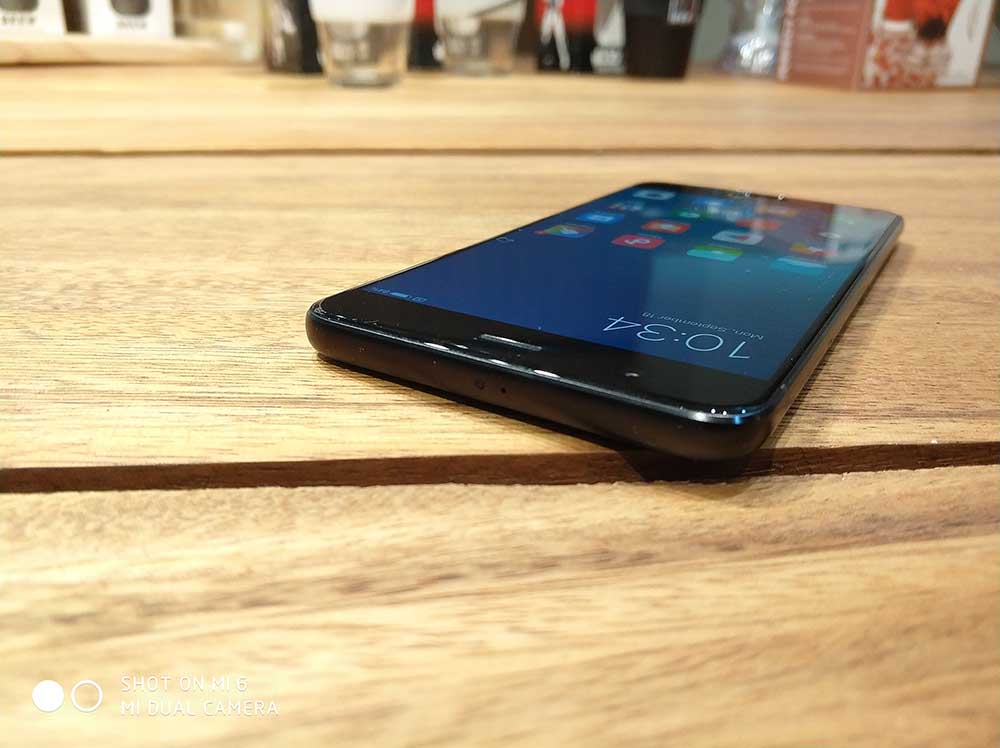 If you need additional storage, I suggest that you buy the 128GB version or just get a USB-C OTG dongle for added storage on the go through a flash drive.

At the bottom of the phone, we can see the USB-C charging port, as well as the loudspeaker, which is pretty much the same as that of the Mi 6.

The Xiaomi Mi Note 3 comes with a 5.5-inch, IPS-LCD display at 1080p, possibly coupled with curved-edge Corning Gorilla Glass 4 or its equivalent for better resistance against scratches. 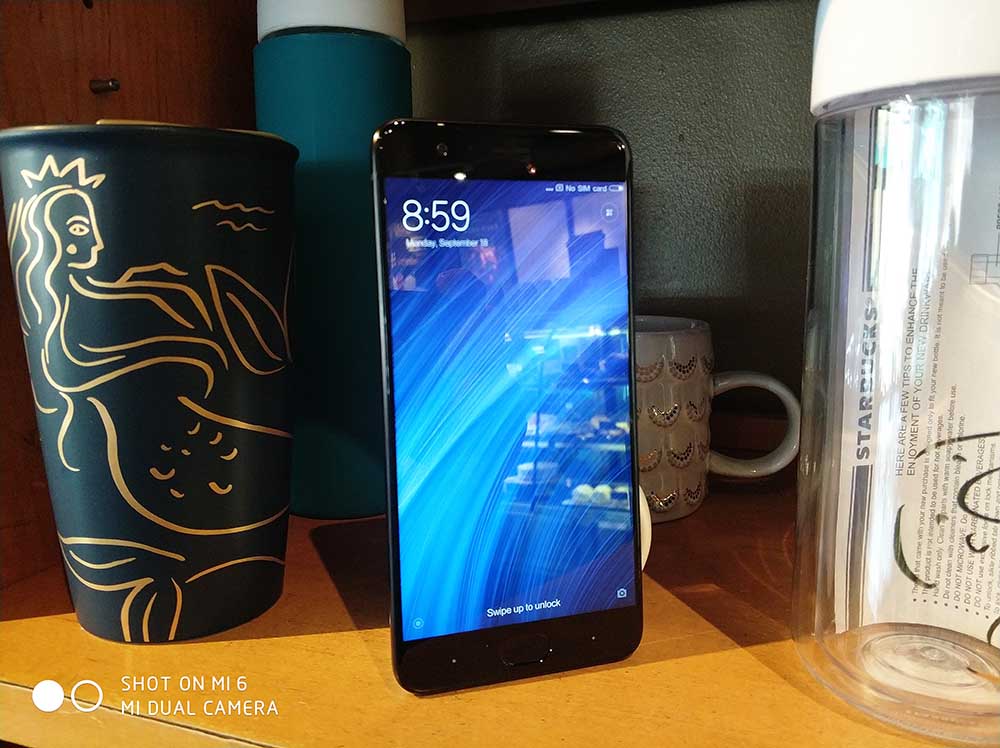 The display could have been better, but its shortcomings aren’t immediately visible to the naked eye.

The phone supports a wide range of video formats, like MKV, MP4, M4V, AVI, and XVID. It can even play 4K videos. After watching some movies, I can say that the Note 3 has a good, crisp display. It could have been better, of course, but its shortcomings aren’t immediately visible to the naked eye. It works well under bright sunlight, too.

One of my disappointments with this unit is the Qualcomm Snapdragon 660 inside. Xiaomi is advertising this as its flagship in the Note category, but it failed on the SoC [system-on-a-chip] side. Many have argued that the Mi Note 3 should have inherited the Mi 6’s high-end Snapdragon 835 processor. But to keep the price low, Xiaomi decided on the midrange Snapdragon 660 instead.

Xiaomi is advertising the Mi Note 3 as a flagship phone in the Note category, but the device failed on the SoC side.

It’s still a great chip, though. I played games like Marvel Contest of Champions and NBA 2K17 on my unit and didn’t notice lags while playing. The HD graphics looked excellent.

The Mi Note 3 with 64GB of storage notched 112,626 points in the Antutu benchmark app, while the 128GB version scored higher with 114,811 points. The scores are lower than the 131,000 points we recorded using the Mi Note 2. But these are just benchmark numbers; they’re really nothing to worry about.

The local version of the Xiaomi Mi Note 3 supports 20 different LTE bands. We have yet to hear about a global edition of the phone, and there’s no listing of it on the company’s official website.

It’s easy to connect to an LTE network using the Settings menu or the Android notification shade, but once you do, the second SIM will be running in GSM-only mode. You can freely choose which SIM you want to use your LTE data since this is a dual-LTE, dual-standby smartphone. The phone is compatible with LTE-Advanced or 4G+ networks, and it supports multiple-carrier-aggregation technology, should your network provider have the feature.

In case you’re interested, here are the bands supported by the Mi Note 3:

The Mi Note 3 sports a pretty good speaker at the bottom of the phone. It is loud and clear. I have compared the output audio of our unit to that of the Xiaomi Mi 6 and found that the loudspeaker of the Note 3 performs just as well, so there’s a chance it is made of the same components.

The main focus of Xiaomi for the Mi Note 3 is the dual rear cameras with a 12-megapixel Sony IMX 386 sensor and wide-angle and telephoto lenses. The company has finally released a Note entry that has a flagship camera unit attached to it.

The ISO sensitivity goes up to 3200 for manual mode, and the main camera has a slow-shutter feature with a 32-second exposure time. 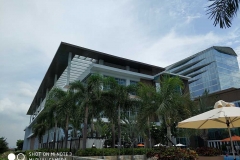 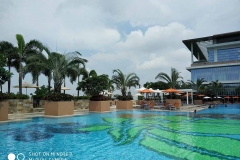 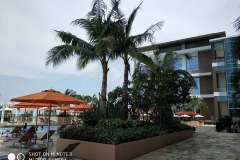 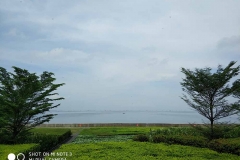 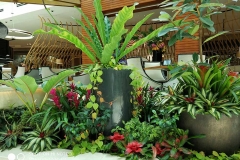 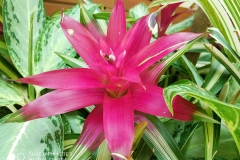 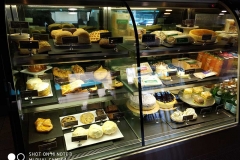 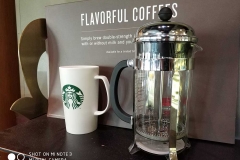 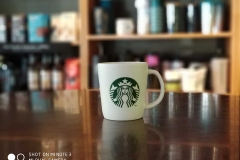 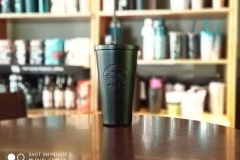 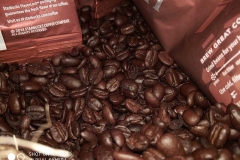 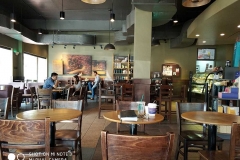 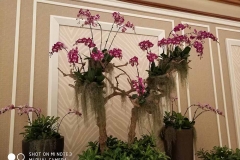 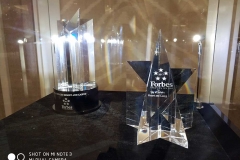 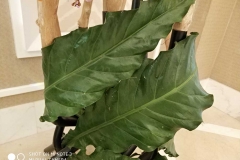 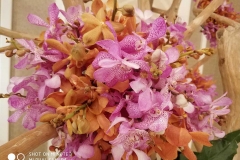 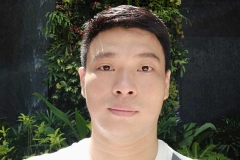 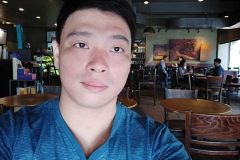 The front camera is 16 megapixels and comes with a bunch of beauty modes and allows facial unlocking.

Packing a 3,500mAh battery in a relatively slim unibody isn’t easy to accomplish, but Xiaomi was able to do it and do it well.

The device supports the latest Qualcomm Quick Charge standard and takes in 3.3 amperes using the included charger based on my testing. I was able to charge it from 12 percent to 25 percent in less than 5 minutes, right out of the box. It completely charged in 1 hour and 30 minutes.

My unit with 64GB of storage recorded 10 hours and 23 minutes on PC Mark’s battery stress test, while the 128GB variant clocked in 11 hours and 57 minutes.

In real-world testing, it can last a day — pretty decent battery life for a Note-level smartphone.

The Xiaomi Mi Note 3 can last a day — pretty decent battery life for a Note-level smartphone.

The Xiaomi Mi Note 3 is essentially a supersized Mi 6 but with less firepower, as it uses a Snapdragon 660 processor instead of a Snapdragon 835. I’m satisfied with the performance of our unit thus far, after weeks of using it as a daily driver.

If you are okay with a smaller screen, you can opt to get the more powerful Xiaomi Mi 6. But if you need a larger display and feature-packed cameras, the Mi Note 3 is a good bet.