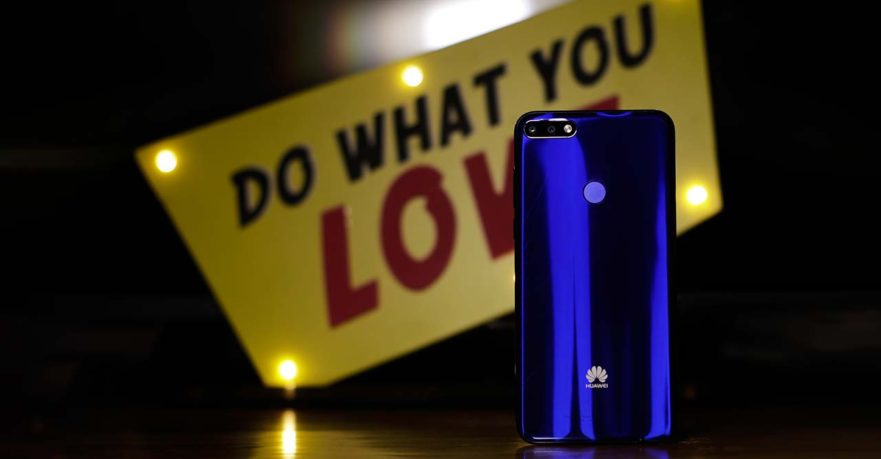 You’ve seen the teasers and official promo materials. You’ve seen the hardware, what it has to offer on paper, and, importantly, what its cameras are capable of. The new Huawei Nova 2 Lite, also known as the Huawei Y7 (2018) in some markets, is no stranger to being the center of attention recently.

And after weeks of guessing (and second-guessing) and anticipation, it’s time to take a closer, more granular look at the Nova 2 Lite, which is priced at P9,990, or roughly $192, in the Philippines. The phone is already available for preorder locally, with the first units going on sale from March 24. A pair of wireless JBL headphones will be given away as a preorder bonus with the unit.

First, let’s get one thing absolutely clear: Although the Nova 2 Lite takes after the Huawei Nova 2i with quad cameras in many areas, it is by no means a sequel, nor is it the faster clone of 2017’s surprise gem.

Although the Huawei Nova 2 Lite takes after the Nova 2i with quad cameras in many areas, it is by no means a sequel of 2017’s surprise gem.

It is a budget Huawei handset housed in a plastic chassis of almost the same weight and dimensions and sporting a similar — if slightly rearranged — front panel. It’s bulkier than the Nova 2i and the comparable Xiaomi Redmi 5 Plus (which is now officially available in the Philippines), though it still fits nicely in the hand and slips in the pocket without any discomfort.

Compared to the two, our blue review unit has a glossy finish that you may find difficult to keep pristine. The smudge effect is less visible around the back of the black Nova 2 Lite, which uses a matte coating. Props to Huawei for offering choices, but if you simply want the version that stands out, go for the blue color option. It looks great in pictures and looks even better in person. 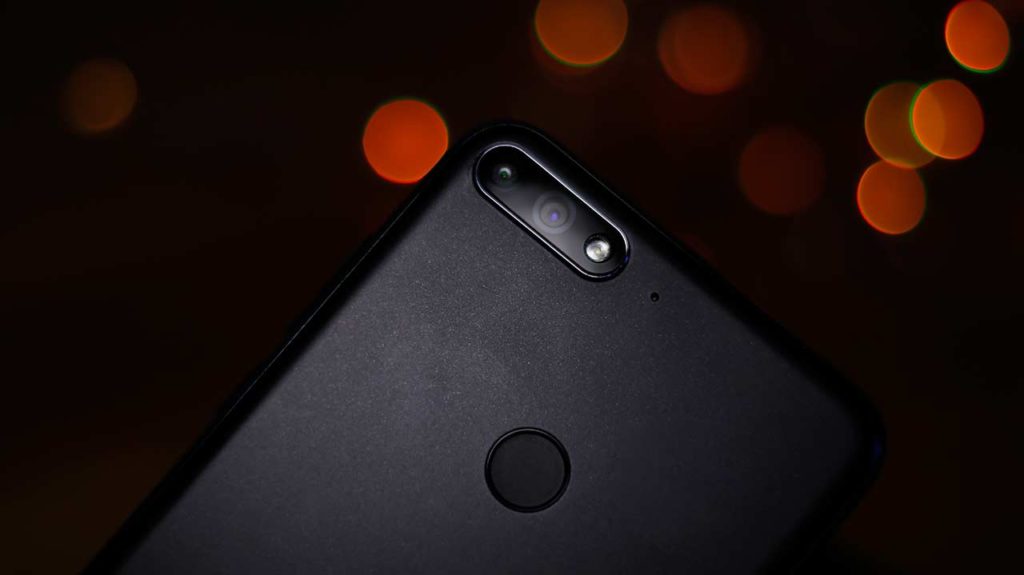 The smudge effect is less visible around the back of the black Huawei Nova 2 Lite, which uses a matte coating. But if you simply want the version that stands out, go for the blue color option.

The backside has a round, decent-sized fingerprint reader, which works well and can identify different prints with reasonable accuracy. Not all phones equipped with the said hardware can tell the biometric information apart.

Alternatively, the Huawei Nova 2 Lite can be unlocked using face recognition. It works fine in daylight, though your mileage will vary depending on the available light in the area. Only one face can be registered per device. You can have both unlocking options turned on simultaneously. We find ourselves using the fingerprint scanner more often. Force of habit, we suppose.

SEE ALSO: How to join Android Oreo beta program for Huawei Nova 2i

All the hardware buttons are located on the right-hand side of the phone. They are clicky and responsive. Shifting to the opposite side, the SIM and SD card slots can be found on the left cheek and require a SIM-eject tool to find.

Along the bottom edge, you’ll find the same ports as on the Huawei Nova 2i: a headphone jack; a microUSB port for charging; and a solitary loudspeaker that delivers good volume for a mobile device. They’re arranged the same way, too. 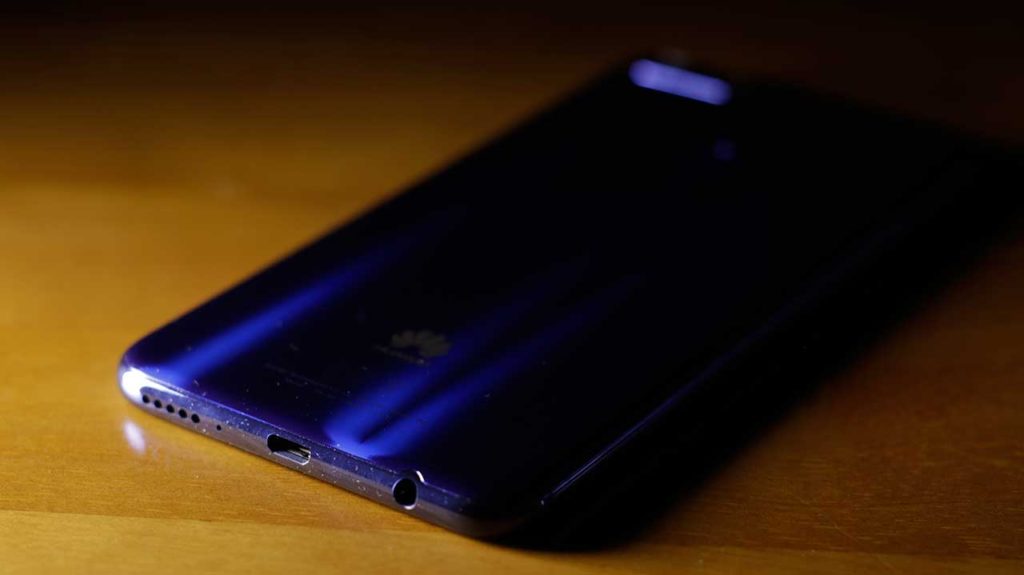 On the front, there’s a 6-inch LCD display that adopts the now-vogue 18:9 ratio for a better viewing and gaming experience. The quality of the panel itself is pretty solid, but it’s not as good as the one Huawei provides with the Nova 2i.

The colors look appealing, and the brightness is sufficient that you can use the Nova 2 Lite outdoors, in daylight hours, obviously. The 720p resolution might leave you wanting more, but we really don’t mind that the screen doesn’t look so sharp, or as sharp as some of the competition. 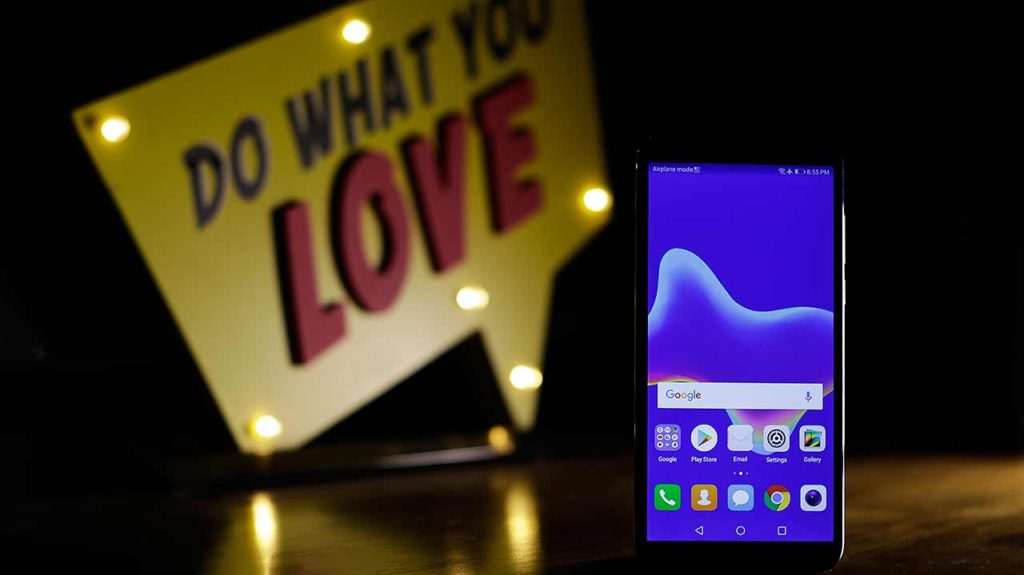 The 720p resolution of the Huawei Nova 2 Lite’s 6-inch screen might leave you wanting more, but we really don’t mind that it doesn’t look so sharp.

The top and side bezels are pretty much unnoticeable, blending almost seamlessly with the display, especially when it is turned off. There are no capacitive navigation buttons on the chin, where the Huawei logo appears. On-screen keys that rotate along with the orientation of the phone are used to get around the Android 8.0 Oreo-based interface instead. 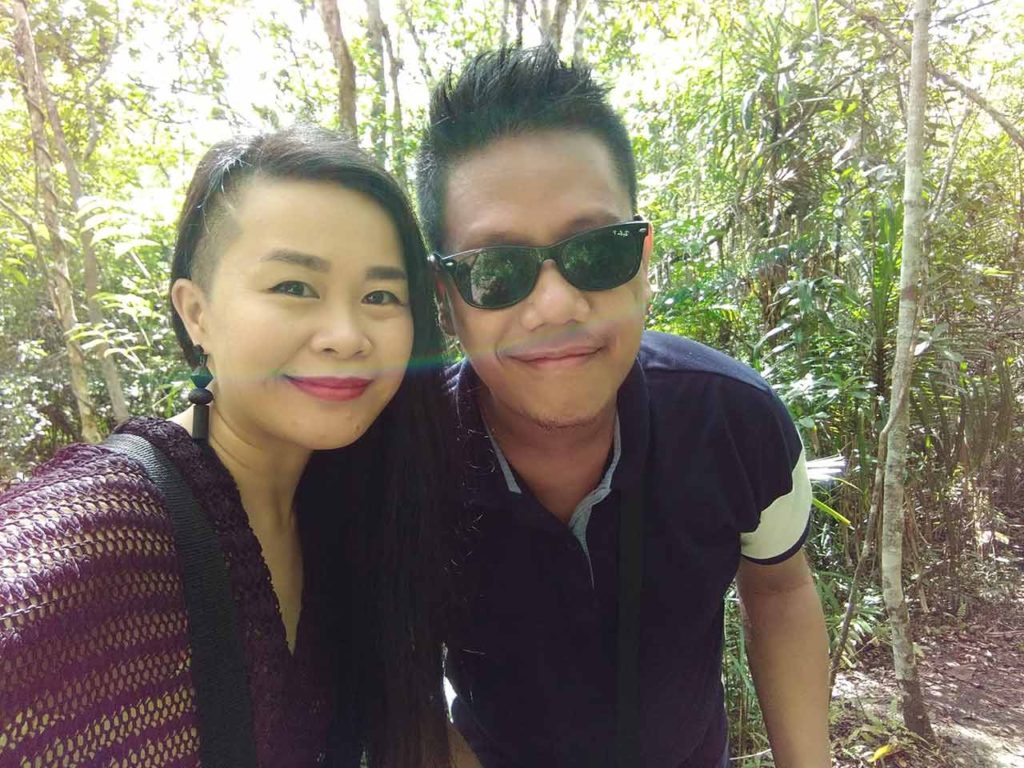 Above the screen, you’ll find a selfie camera that has an 8-megapixel sensor. It’s a decent system, for sure, but there are other options that might prove more attractive if selfies are high on your list of must-have features. 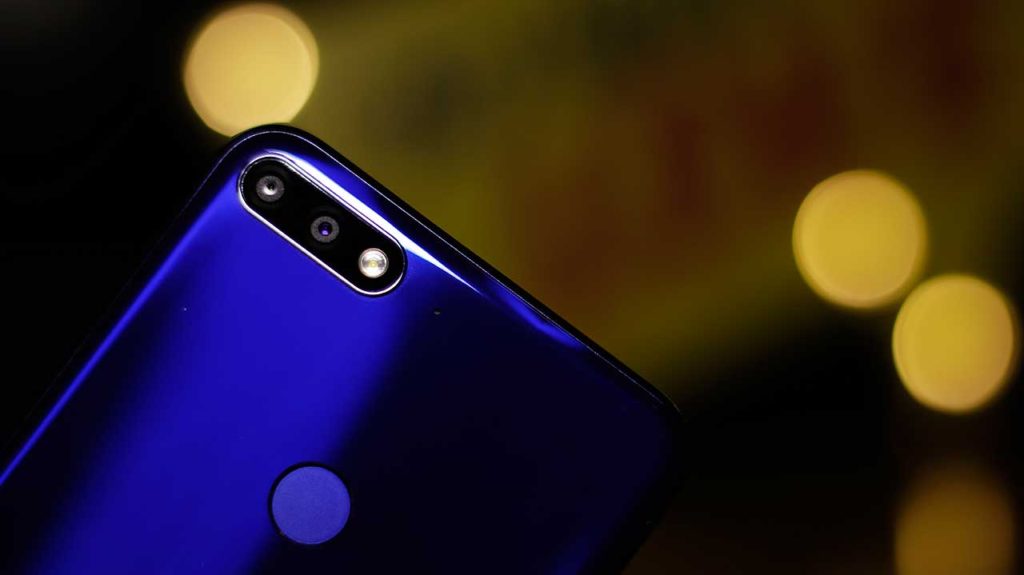 Taking pictures with the Huawei Nova 2 Lite’s back-facing module is where the phone excels.

Taking pictures with the back-facing module is where the phone excels. The Huawei Nova 2 Lite pairs a 13-megapixel main sensor with a 2-megapixel unit for capturing depth information for bokeh-style snaps. The hardware-based portrait mode delivers pleasing results, and edge detection is, on most occasions, spot on. 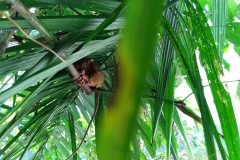 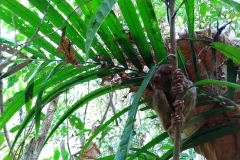 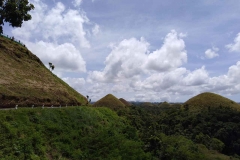 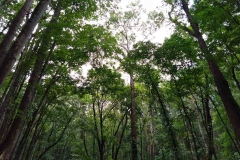 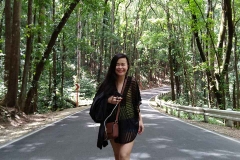 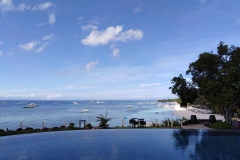 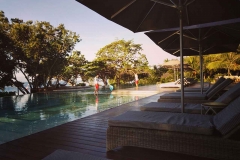 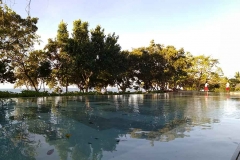 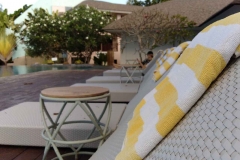 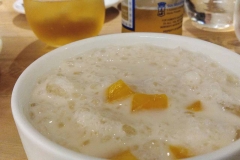 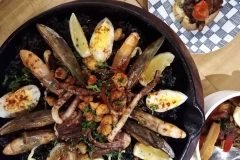 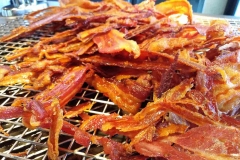 A dated Qualcomm processor Snapdragon 430 is found under the hood of the Nova 2 Lite. Which, as any seasoned Huawei user will tell you, is a surprising bit of information. With the exception of a few, Huawei devices are synonymous with the manufacturer’s own Kirin chipsets. We can speculate all day, but it’s best to assume that it simply wanted to keep the price as low as possible without compromising too much on performance. 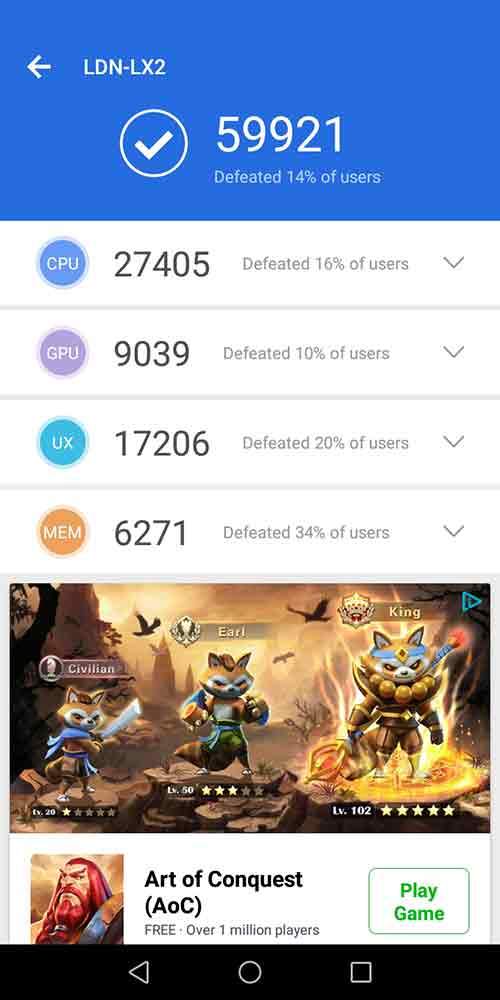 So, how does the smartphone perform as a daily driver? Better than what we had expected, actually. It’s responsive. Apps don’t take forever to load, and gaming performance is satisfactory. The 3GB of RAM is a great value for a sub-P10,000 ($192) smartphone.

Battery efficiency is another area where the phone shines. Our unit was easily able to pull off a day’s worth of usage, with a little juice left to spare by the time evening rolls around. We have no complaints with the performance or the longevity of our test unit.

The Huawei Nova 2 Lite is responsive. Apps don’t take forever to load, and gaming performance is satisfactory. Battery efficiency is another area where the phone shines.

Attractive, big-screened, sufficiently fast, and loaded with features to rival the brightest competition in the Philippine market, the Huawei Nova 2 Lite is an excellent all-arounder for those on a modest budget. Huawei is on a roll. And we can’t wait to take it for a spin some more. 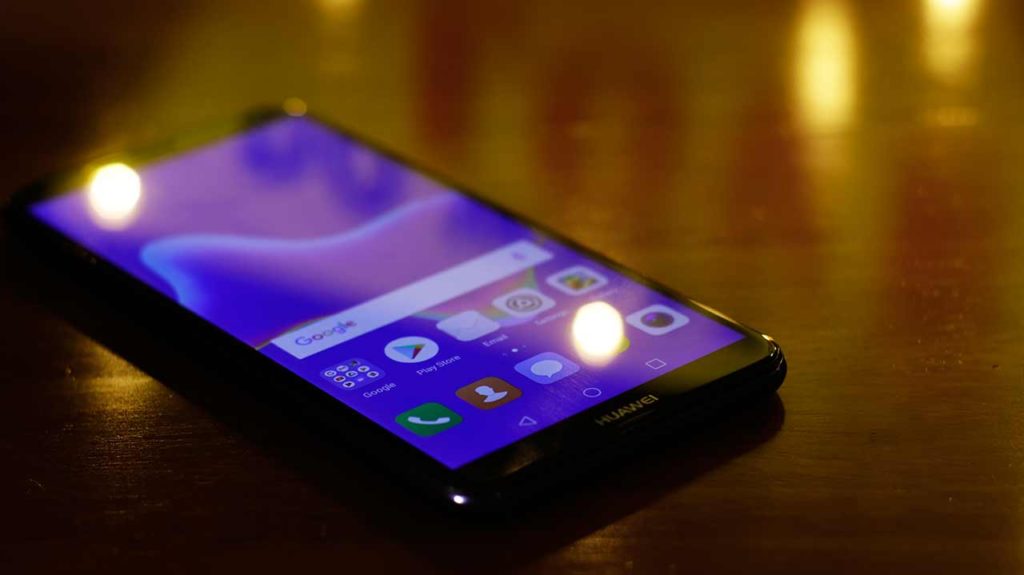 The Huawei Nova 2 Lite is an excellent all-arounder for those on a modest budget.