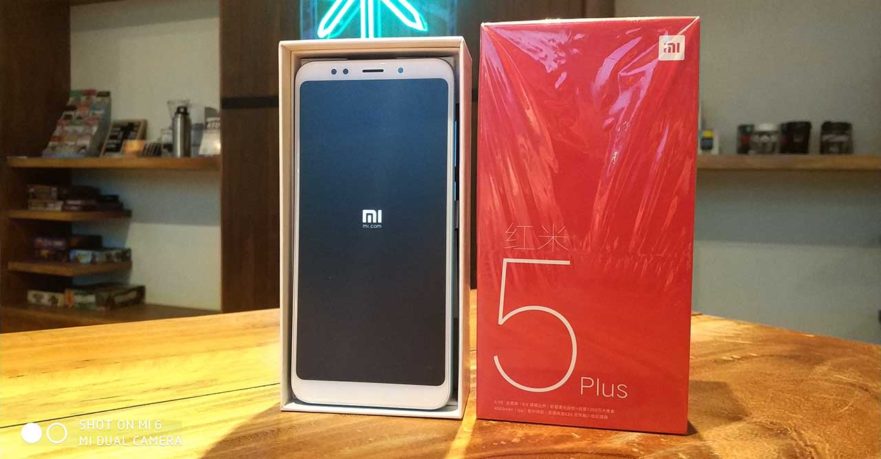 After a year and three months of waiting, Xiaomi Redmi fans finally got treated to what I think is the Redmi Note 5 in the form of the 5.7-inch Redmi 5 and the 5.99-inch Redmi 5 Plus.

(The author, whose passion is to review whatever Xiaomi releases, is a contributor at Revü. Want to contribute articles? Email us at editorial[at]revu[dot]com[dot]ph.) 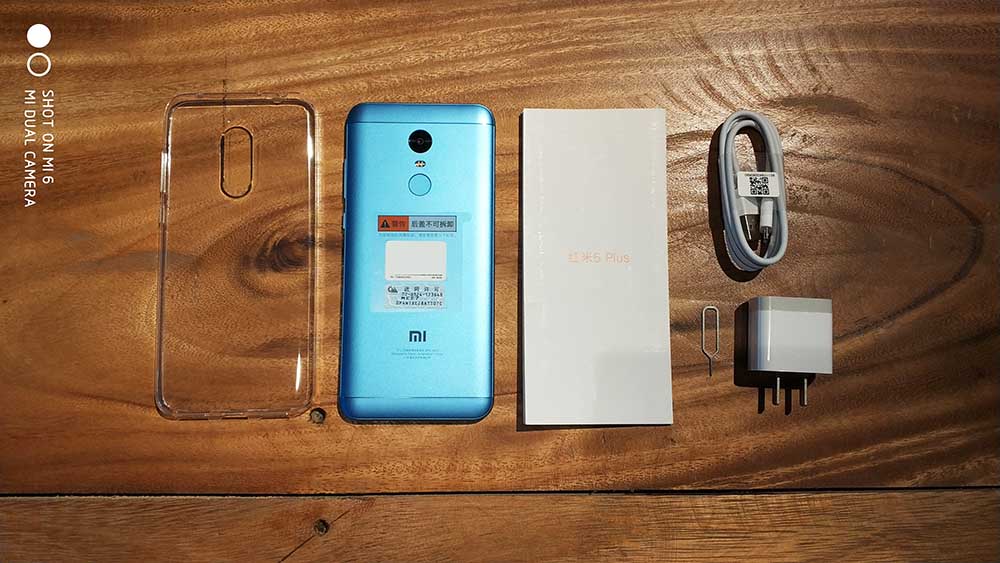 What you’ll find inside the Xiaomi Redmi 5 Plus packaging

The Xiaomi Redmi 5 Plus is like a Redmi Note 4X with an 18:9 screen. Understandable considering that phones are starting to go bezel-less — a trend popularized by Philippe Starck and his team, which were behind the Xiaomi Mi MIX. It’s about time that a phone can enjoy almost-bezel-less goodness at a budget price. The side bezels are pretty thin, but the top and bottom still have room for improvement. 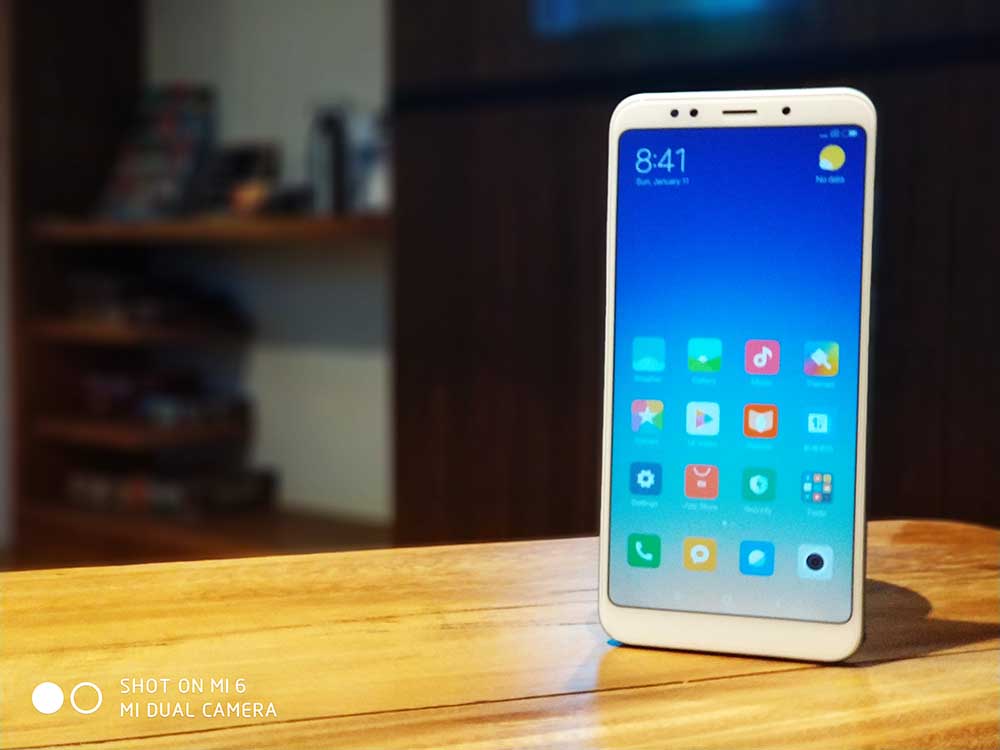 The upper edge of the Redmi 5 Plus is like that of the Redmi Note 5A, but this one looks sturdier. The front glass is sexy and curves seamlessly as it connects to the body of the phone. The metal back cover is pretty much the same brushed aluminum material used in the Redmi Note 4X. And it is still easy to grip and does not feel slippery. 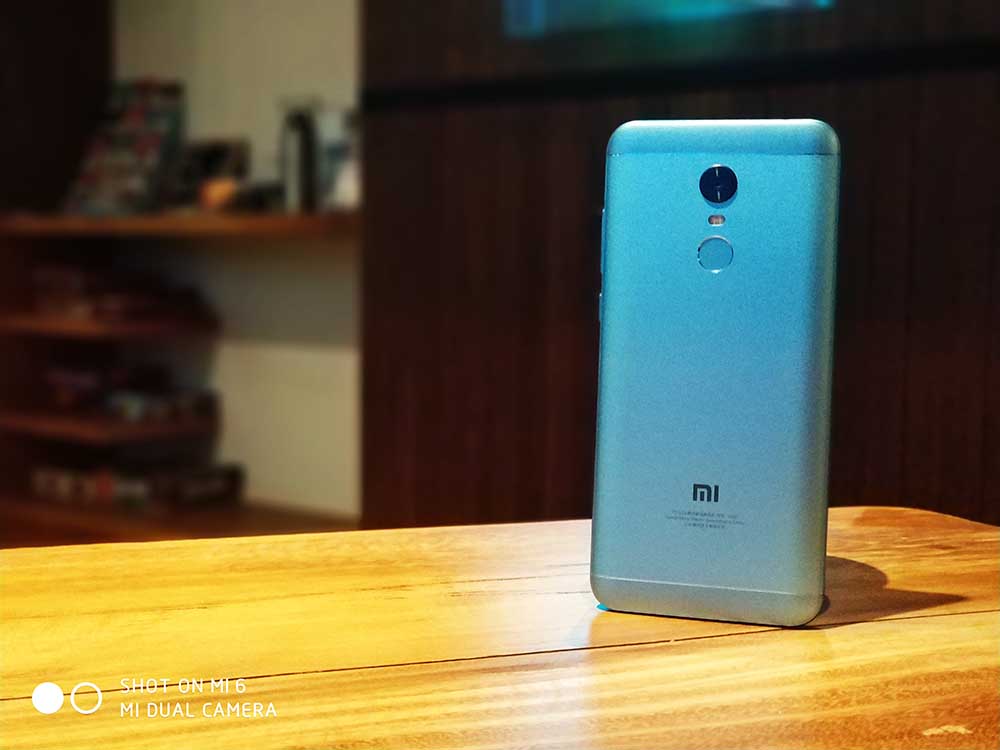 The metal back cover, made of the same brushed aluminum material used in the Redmi Note 4X — is easy to grip.

Xiaomi’s design philosophy has always been about simplicity. We have the IR Blaster, noise-cancellation mic, and 3.5mm audio jack on top (glad it did not follow in the Mi 6’s footsteps). On the right are the volume rocker and the power button. On the left lies the SIM card tray, in which two nano-SIM cards can be placed. 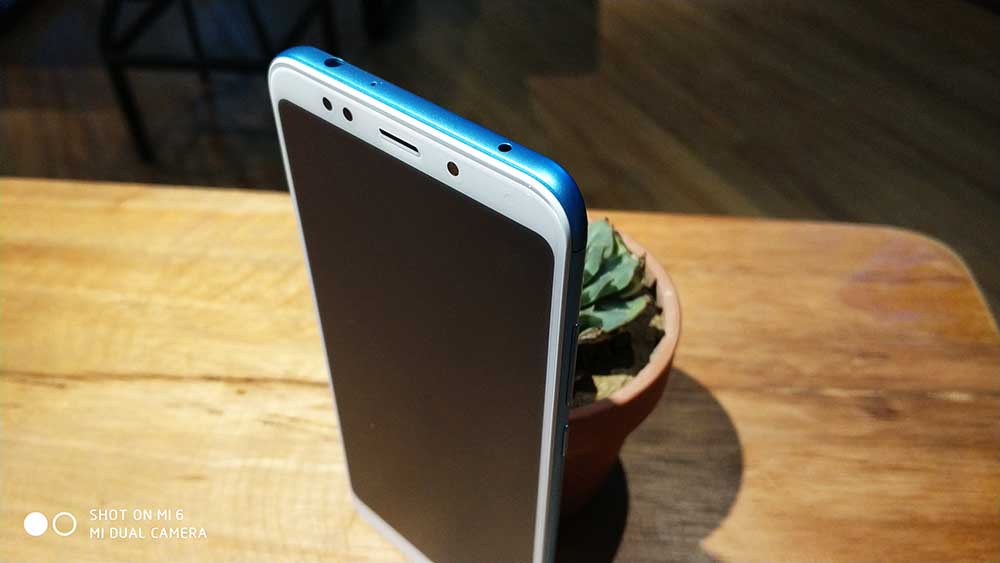 The IR Blaster, noise-cancellation mic, and 3.5mm audio jack can be found on top of the Xiaomi Redmi 5 Plus. 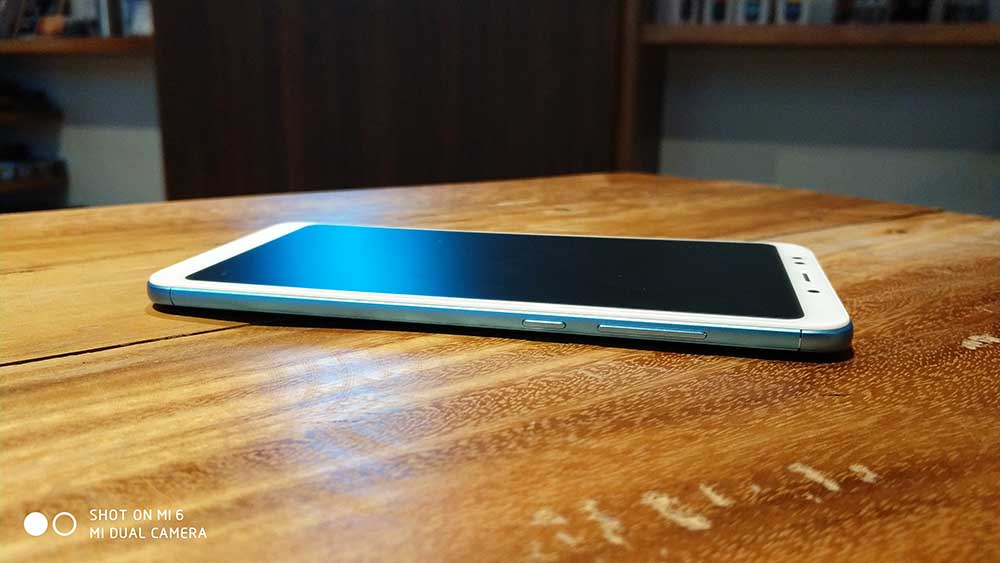 On the right are the volume rocker and the power button. 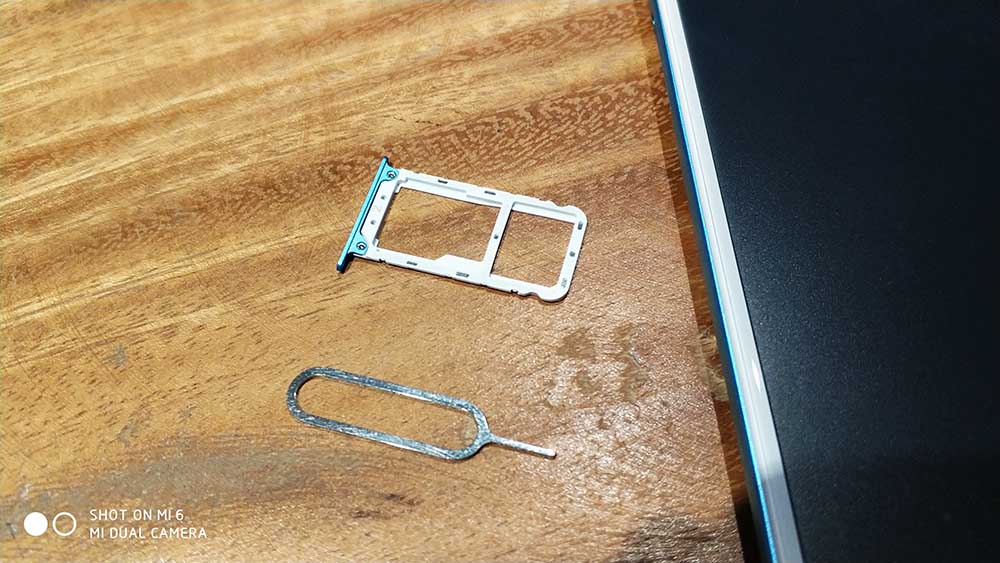 On the left side is the SIM card tray.

Below are the micro-USB charging slot (but why can’t Xiaomi why integrate USB Type-C into this?) and the loudspeaker (remember that this is only for one side; on the other side is the mic). 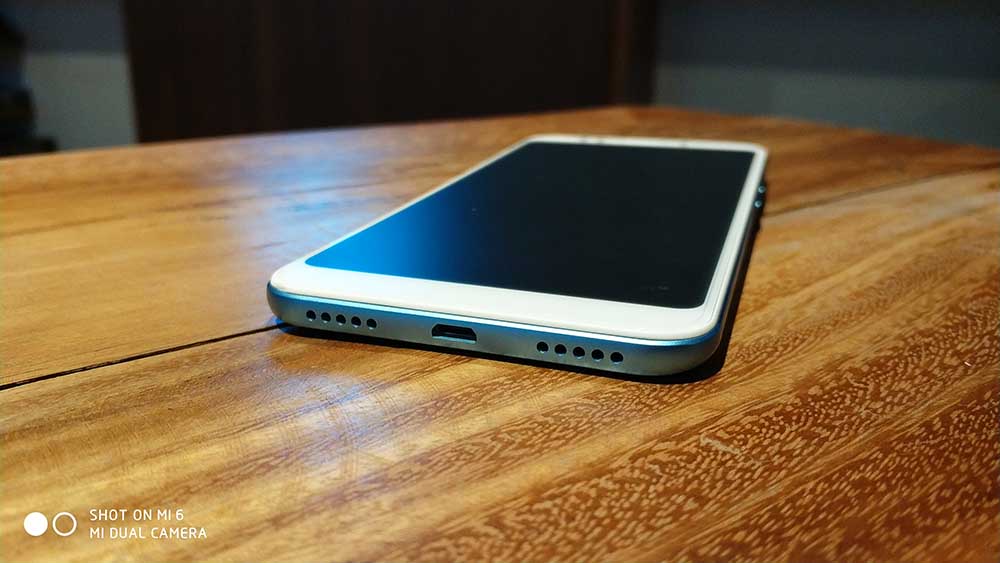 Up front we have the 5-megapixel selfie camera together with the flash and the white notification LED. There are no capacitive touch buttons at the bottom anymore; everything is on the screen, just like the Mi MIX 2.

The Mi logo sits on the back — along with the fingerprint sensor and the 12-megapixel camera with the dual-tone LED flash. The main camera is embossed, so don’t let the Xiaomi Redmi 5 Plus lie flat on a table; there’s a huge chance that the camera lens will be the first to get scratched. 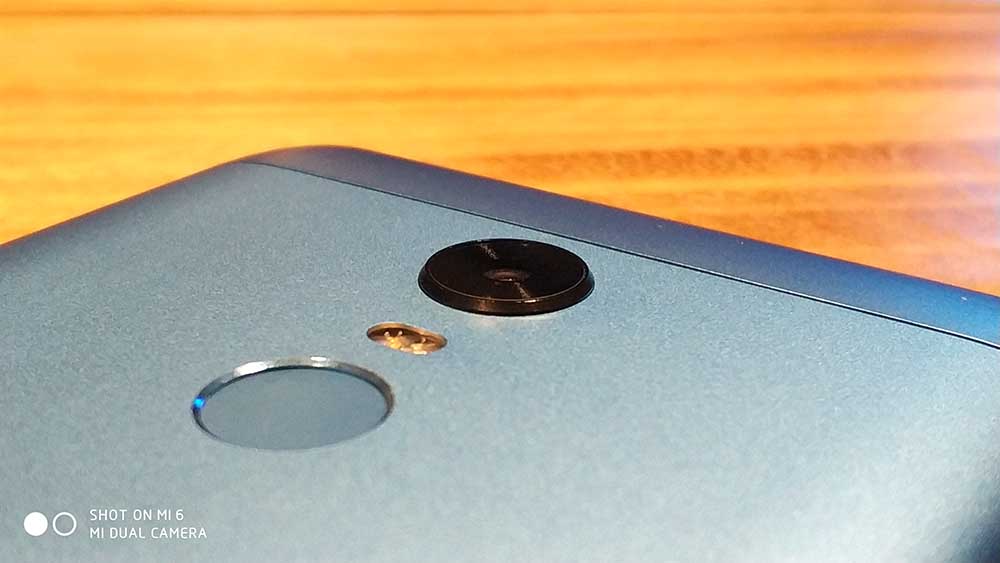 The main camera is embossed, so don’t let the Xiaomi Redmi 5 Plus lie flat on a table.

This phone does a pretty good job in multitasking, as well as in playing games such as NBA2K18. I had expected it to be a little laggy when it comes to graphics-hungry games like 2K, but it was able to run them seamlessly. No complaints here about gameplays!

There might be questions like why didn’t Xiaomi consider using a Snapdragon 635 processor on this phone since there were so many Mi units that have 625. We’d never know, but it seems that they have overstocked on that specific processor and their production now revolves around that chip.

The 4GB RAM/64GB storage variant of the Xiaomi Redmi 5 Plus got a score of 63,711 in Antutu — quite the same as the one obtained by the Redmi Note 4X of the same RAM and built-in memory. But as I always say, benchmarks should not be the determining factor in purchasing the phone; it’s the actual performance that matters most. 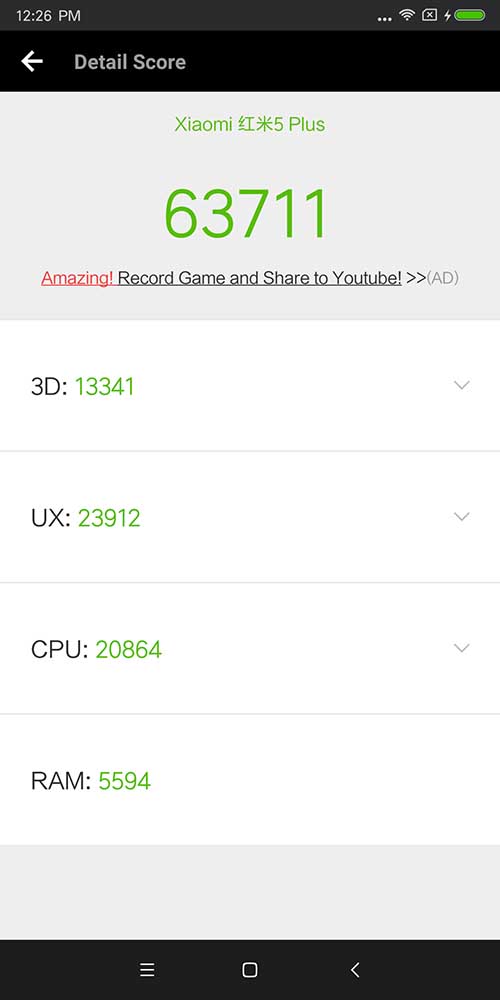 This is the first Xiaomi device that ships with MIUI 9 out of the box. We had expected that the MI MIX 2 would get that distinction, but no dice.

Anyhow, the smartphone comes with MIUI 9.0.3, and everything is lightning fast with it on the Redmi 5 Plus — such a delight. 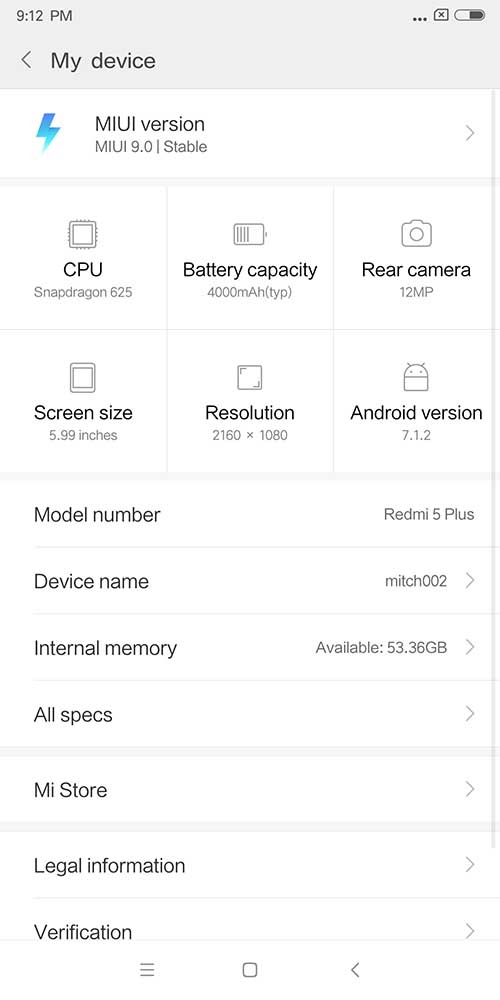 The Redmi 5 Plus is the first Xiaomi device that ships with MIUI 9 out of the box.

The Xiaomi Redmi 5 Plus supports 10 different LTE bands. This is a dual LTE, dual standby smartphone, so you can freely choose which SIM you want to use for your LTE data. Once you switch to 4G, the second SIM card will connect to 3G network only — assuming you have two SIM cards, of course.

We have experienced no problem surfing using LTE or 3G in our home country in the Philippines. Dual-standby mode is also working just fine. This likewise goes for Bluetooth 4.2; GPS; Glonass; Wi-Fi a/b/g/n/ac; Wi-Fi Direct; wireless screen mirroring via Miracast; and data tethering.

Here are the Redmi 5 Plus’ supported bands:

I watched movies on the smartphone and was happy with the experience and outcome displayed on the widescreen. The sound emitted was loud and clear, and the films rendered well on the display. The fact that the screen is big was definitely a big plus with our viewing experience.

One of the main highlights of every smartphone is its camera. Many love to take photos, especially selfies. The camera sensors are from Chinese brand Omnivision, which have supplied a lot to Xiaomi’s budget handsets.

The 12-megapixel rear camera performs best outdoors, taking crisp photos. There is room for improvement for pictures taken in dim areas, but of course, it’s from the Redmi series — a budget line — so don’t expect too much from this unit.

Manual mode is quite disappointing; it only has White Balance and ISO controls. Focus and Exposure Time are nowhere to be found. 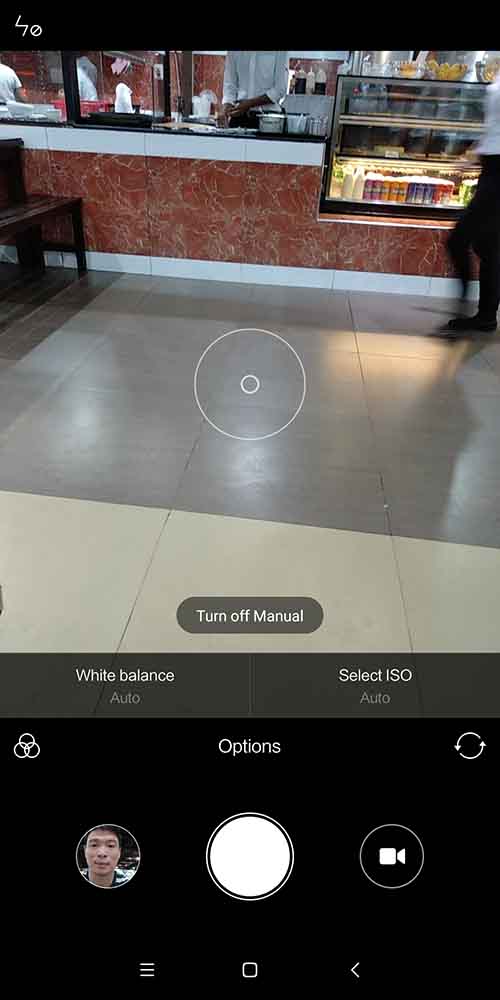 Manual mode only has White Balance and ISO controls. 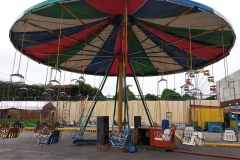 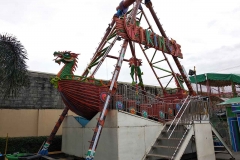 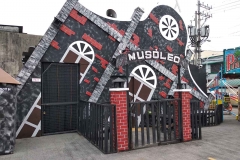 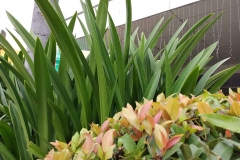 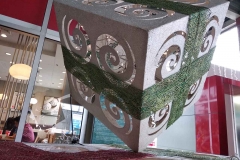 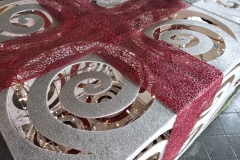 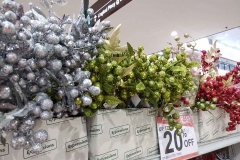 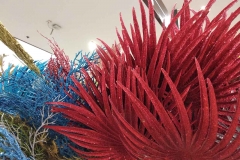 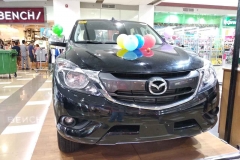 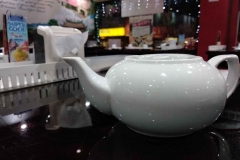 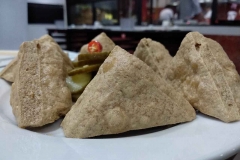 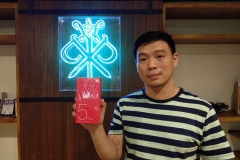 Resized sample photos taken with the Xiaomi Redmi 5 Plus 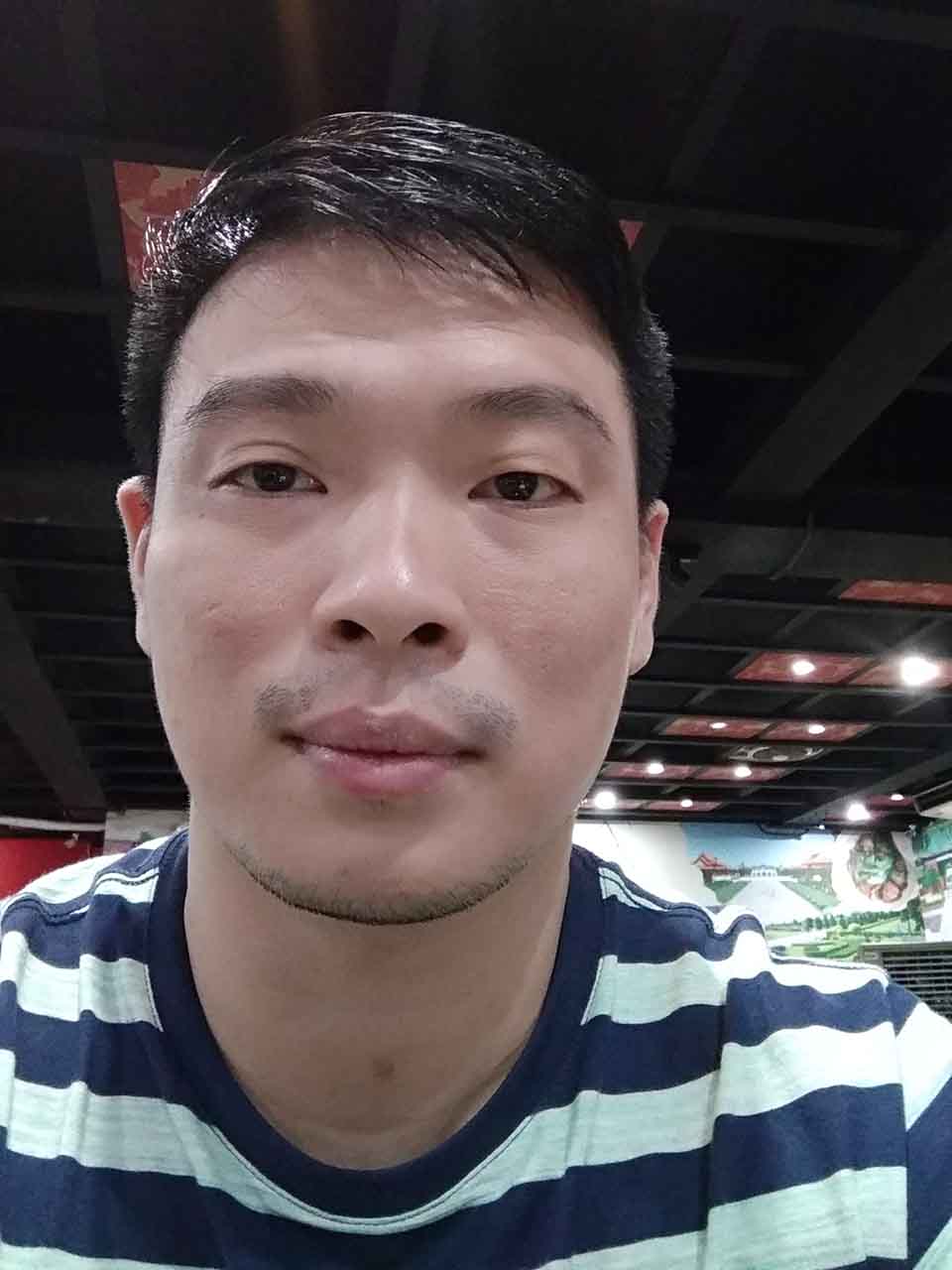 Resized sample selfie captured on the Xiaomi Redmi 5 Plus

We were able to achieve a good battery rating for this unit since it’s powered by a Snapdragon (Qualcomm is known for its battery efficiency). In real life, the Xiaomi Redmi 5 Plus lasts a day with normal usage without hitting the charging port or power bank.

The PC Mark Battery Stress Test app crashed two times while conducting the battery test, but based on my calculation, from a full charge at 9 p.m. until 9 a.m., it crashed with 24 percent remaining. That gives it a result of 12 hours with 24 percent left in the tank. When analyzed, it should be around 14 hours screen-on time.

This Mi can take in 2.1amp of charging speed based on our analyzer using the stock charger.

But in terms of processor and camera, I can tell you that it’s okay to keep your 4X. 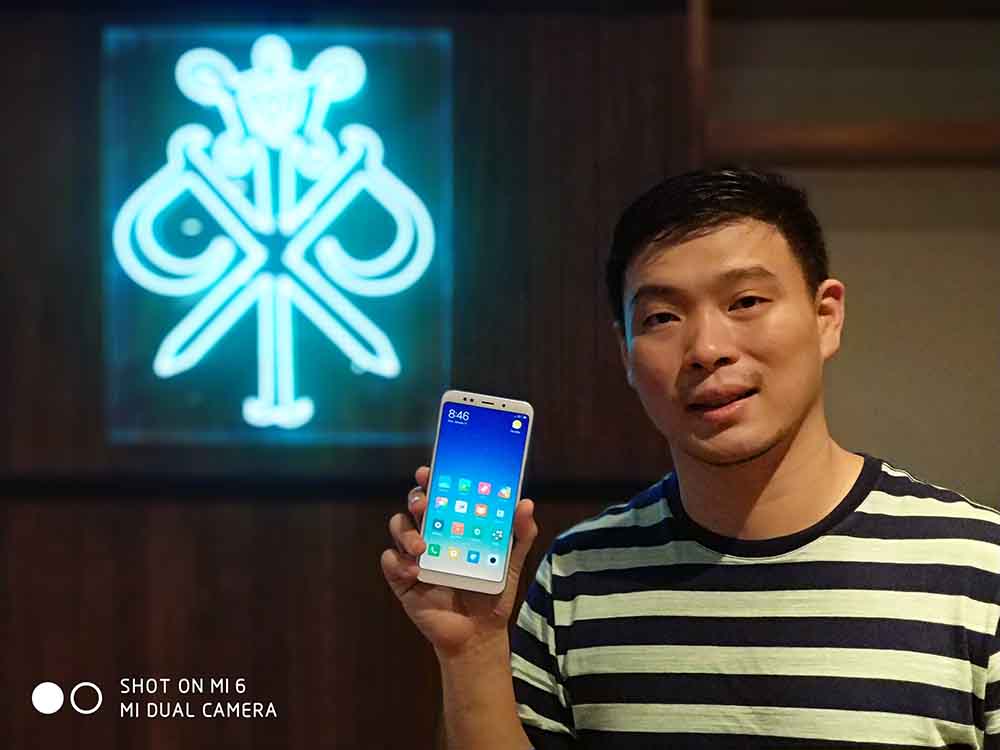 Is the Xiaomi Redmi 5 Plus a worthy upgrade from the Redmi Note 4X? In most aspects, the answer is a yes.