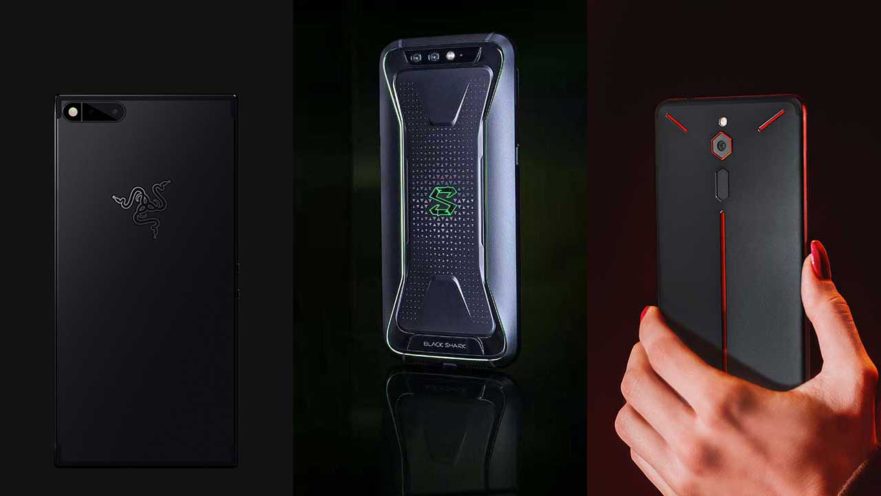 Following last year’s Razer Phone, the Xiaomi Black Shark and Nubia Red Magic gaming smartphones were announced in China with high specs and excellent prices. But which one is worth your money in 2018?

Below, we break down the key features and spec of each model with the intention of helping you decide which one to consider or buy. But first, here’s a summary of how the Razer Phone, Xiaomi Black Shark, and Nubia Red Magic stack up against each other.

The case for the Razer Phone

Clearly modeled after the Nextbit Robin (Razer acquired Nextbit earlier), the Razer Phone comes across as something that was released much earlier than its launch date would have you believe. It has thick forehead and chin bezels on the front, and it flaunts a squared-off aluminum body sporting flat and angled corners. It has a distinct gaming vibe to it, different from what customers are used to seeing in Samsung and Apple stores.

SEE ALSO: This is the Razer Phone. Are you getting one?

But all these details also make for what is considered by many to be the loudest-sounding smartphone on the market, as the Razer’s front-facing stereo speakers are housed in its top and bottom bezels. Its design also means that holding it for long periods won’t be a problem for those who need a larger area to hold onto along the sides.

The Razer Phone likewise touts an LCD touchscreen with a 120Hz refresh rate, the highest in the industry to date and twice that of other smartphones. A higher refresh rate is better for gaming; it leads to smoother visuals and fewer frames dropped. There are only a handful devices on the market with a 120Hz display, and this is one of them. And although content needs to be optimized to support 120Hz, more and more games are being updated to take advantage of it.

The Razer also has an SD card slot, a feature that’s sorely missing in the Black Shark and Red Magic phones. Its 4,000mAh pack, meanwhile, has received impressive battery-life reviews from around the web.

The case for the Xiaomi Black Shark

The Black Shark gets the distinction of having the fastest and most gaming-capable processor of the three, to go along with up to 8GB of RAM and 128GB of non-expandable storage. Qualcomm’s Snapdragon 845 has proven to be a powerhouse unit, capable of going toe-to-toe with the best in the flagship segment.

SEE ALSO: Xiaomi-Black Shark gaming phone up for sale in the Philippines

It goes without saying, the most demanding Android games ever produced should have no problems running smoothly on this handset. The 4,000mAh battery inside likewise suggests it can hold a charge for an entire workday without dying.

But perhaps the most marketable aspect of this phone is that it has a dedicated controller accessory that has a separate battery and connects via Bluetooth. Granted, it’s a separate purchase; however, it’s good that the option is there for diehard gamers.

The case for the Nubia Red Magic Phone

The gaming-focused Red Magic Phone is quite a looker, and its distinct design allows for better heat dissipation and RGB lighting from the glowing LED strip on its rear panel. It’s even more attractive in red than in black. The combination of colors on this thing practically screams fast, even though the Qualcomm Snapdragon 835 chip inside (coupled with 6GB or 8GB RAM, of course) is a generation old.

As previously mentioned, the Red Magic is the cheapest of these three gaming phones and has been listed for $399 (P20,799) on a crowdsourcing platform. That’s still an excellent price for a Snapdragon 835-based device even today. The comparable OnePlus 5T from last year currently sells for P26,990 ($521) in the Philippines.