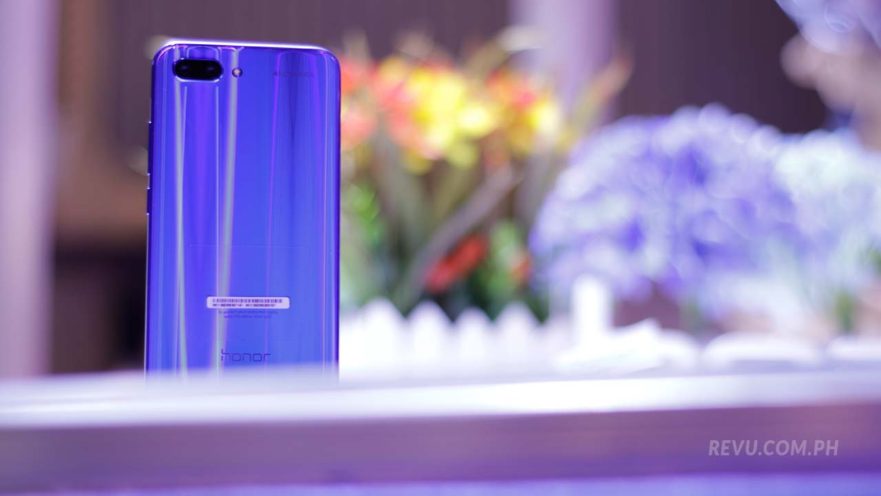 As expected, Honor has formally launched the Honor 10 in the Philippines mere weeks after its global launch, with pricing and availability information in tow.

Honor is the sub-brand of Chinese manufacturer Huawei, and the Honor 10 is its latest flagship smartphone that follows in the tracks of the Huawei P20.

Both have a glass back with the same color-changing ability, though the Honor 10 gets a flashier outward appearance that causes light to behave differently on its surface. The Honor 10 also has two rear-facing cameras, but they’re arranged differently and pack more megapixels than what the P20 offers.

Its dual-lens assembly has both a 16-megapixel color lens and a 24-megapixel monochrome lens for true black-and-white shots with richer detail. It additionally has artificial intelligence or AI built into the core software. This allows for the camera settings to adjust automatically depending on what is in the frame and optimize the image after it has been taken.

Moving to the front, Honor has equipped its latest flagship with a 24-megapixel, f/2.0 selfie camera that can record full-resolution video. The 5.8-inch LCD display arrives with a notch (but not to worry — it can be hidden) and a taller 19:9 aspect ratio. Impressively, the Honor 10 is also one of the first devices to get an ultrasonic fingerprint scanner, which has been seamlessly integrated behind the screen’s glass. 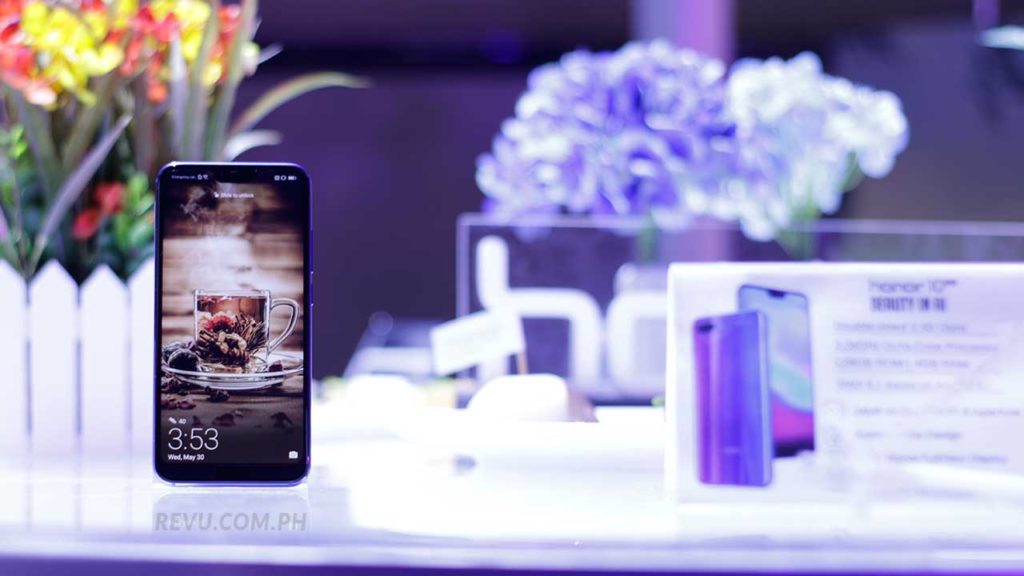 The Honor 10 is one of the first devices to get an ultrasonic fingerprint sensor, which has been integrated behind the screen’s glass.

On the inside, the Honor 10 uses an AI-powered Kirin 970 chipset paired with 4GB RAM and non-expandable 128GB of storage. The battery is rated at 3,400mAh, and it supports fast charging over a Type-C connection but not wireless charging. EMUI 8.1 is layered on top of up-to-date and secure Android 8.1 Oreo.

If you’re on Shopee, you may already pre-register starting tomorrow, May 31, until June 4. The first 100 registrants will get a P1,000 ($19) discount off their Honor 10 purchase. Those who will pre-register through the following participating stores will receive the JBL headphones mentioned earlier: