Finally, it’s here. In addition to making the Huawei Nova 3i official in the Philippines, the tech giant’s local outfit also unveiled the quad-camera Huawei Nova 3 — at a price that won’t raise eyebrows.

The Nova 3 is billed as a premium offering in the midrange, a tier above the Nova 3i and far closer to the Huawei P20 and P20 Pro than any other device in the company’s arsenal. But you probably can’t tell by looking at its price tag — an agreeable P25,990 (about $489).

Or by simply looking at it. The Huawei Nova 3 is built on impressive hardware design. And even if it looks pretty in the pictures, we think it leaves a better impression in person. The gradient back of our Iris Purple unit is reminiscent of the color scheme on the Nova 3i of the same variety. We’re told the panel is 3D glass — a fancy term for reinforced glass with curved edges for better ergonomics despite the size. 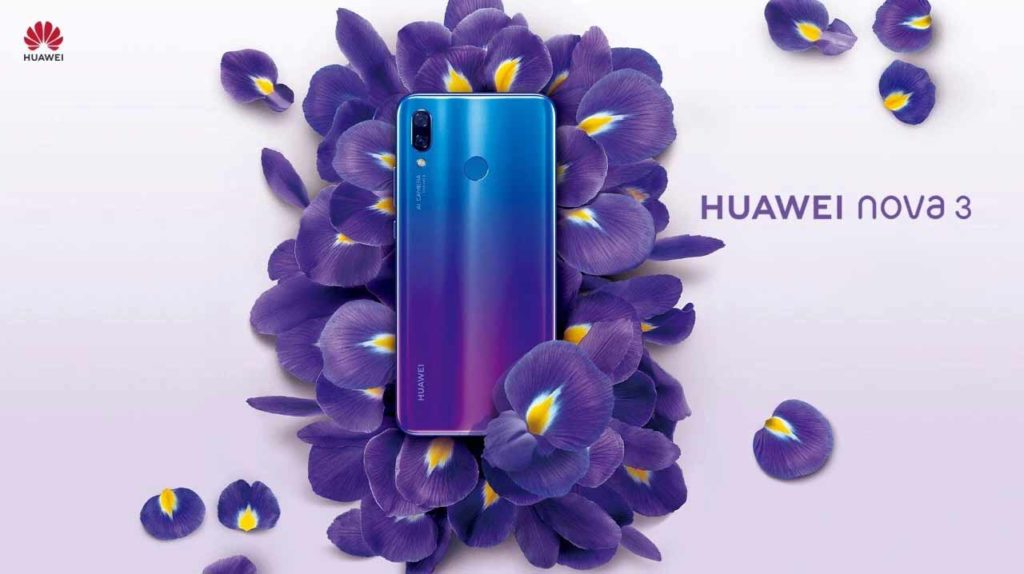 The backing also features two cameras arranged vertically and positioned on the upper-left-hand corner. Huawei has gone the popular route of using a color sensor and a monochrome or black-and-white one for extra detail and improved light sensitivity.

The front gets a 24-megapixel camera, but adds an extra 2-megapixel cam to add depth effects. There’s also the ability to incorporate AR stickers and filters and 3D Qmoji, which is Huawei’s answer to Apple’s Animoji. We’ll publish a separate article to show some camera samples from the Huawei Nova 3, so be sure to check back in a few days.

Inside, there’s a HiSilicon Kirin 970 from Huawei, paired with 6GB RAM and 128GB of built-in memory. Other specs include a 6.3-inch notched LCD display running at 2,340 x 1,080 and a 3,750mAh battery that can be charged quickly via a Type-C connection. The Nova 3 boots Huawei’s EMUI 8.2 user interface baked on top of Android 8.1 Oreo.

Preorders for the Huawei Nova 3 will begin on August 4 and end on August 10. Make a P1,000 ($19) down payment at any of the participating Huawei stores, and they will issue an official receipt and a preorder card that will serve as proof of preorder.

The amount will be deducted from the total price of the smartphone — upon full payment of it on redemption date, of course, which is on August 11. Just don’t forget to bring the two documents when you go back to the Huawei shop to claim your unit. Early adopters will get a free Bluetooth speaker worth P2,990 ($56). 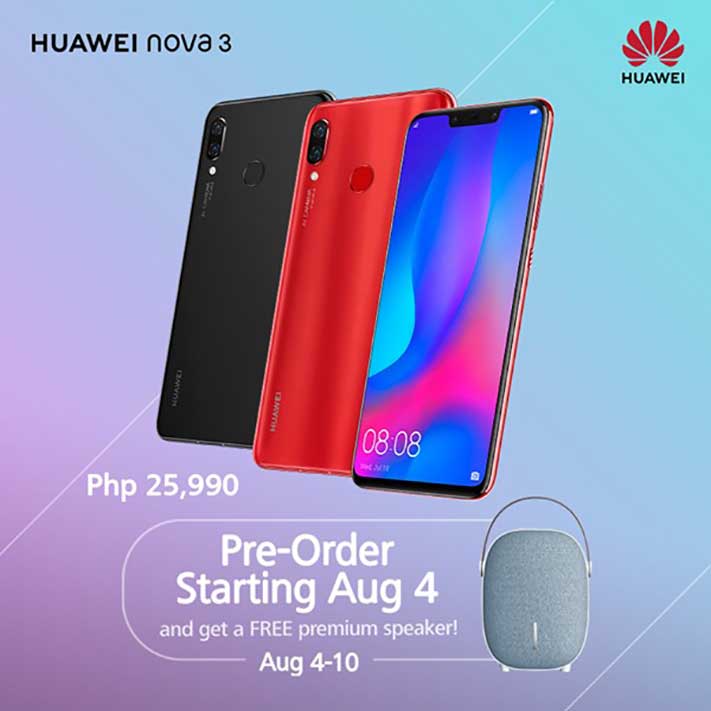