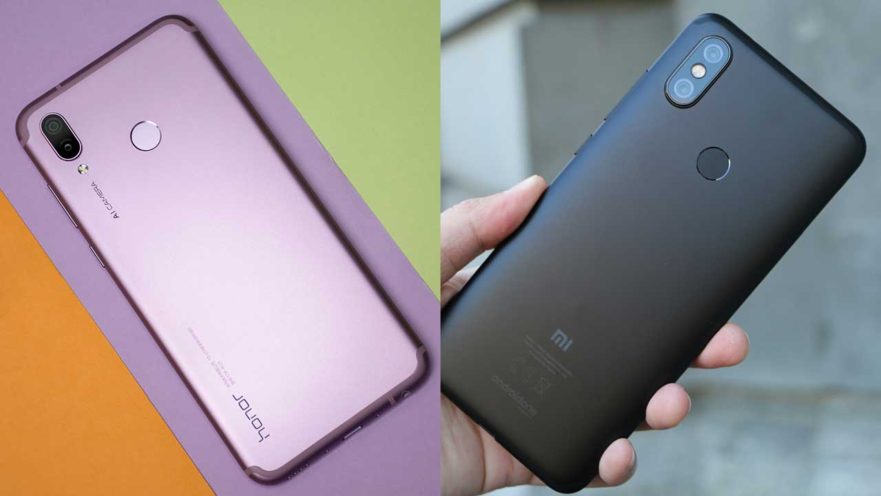 The high-specced Honor Play is finally official for the Philippine market with a ridiculously affordable price of P15,990 (around $302). Built for mobile gamers on a budget, it’s got the HiSilicon Kirin 970 — a top-of-the-line chipset — under the hood, and launches with proprietary GPU Turbo technology for consistently smooth gameplay on select titles.

Out of nowhere, it seems, here comes Honor with a phone worthy of claiming the midrange crown. It won’t be without competition, of course, nor without difficulty, as the current smartphone landscape is dotted with contenders that are compelling for similar reasons.

The recently launched Xiaomi Mi A2 Android One phone is a contender of the highest order. It runs clean and stock Android on Qualcomm’s Snapdragon 660. The base model announced for the Philippines also ships with 4GB RAM and 64GB memory. The rest of the specs make for an excellent value at P14,990 ($283).

Naturally, the question here is, which one is the better buy overall? By taking a hard look at both devices — their strengths and weaknesses — we should be able to answer that question. Read on for our verdict on how the Honor Play and Xiaomi Mi A2 compare where it matters.

On the outside, both these phones feel solidly built and have been designed to look better than what the competition is offering. Their chassis is made of metal with a matte finish to make them more usable. Individually, they’re thin enough that you won’t have a problem slipping one into a pocket and carrying it around all day. Their dual cameras are stacked vertically around the back. And there’s a fingerprint reader on both panels as well.

Moving to the front, we begin to see that, despite the two feeling great in the hand, the Honor Play and Xiaomi Mi A2 are different phones with different personalities. And the differences here may appeal to some — but certainly not all.

The Play boasts a larger LCD screen with a resolution of 2,340 x 1,080 pixels and a higher aspect ratio of 19.5:9. It has slimmer bezels at the top and bottom, and includes a notch or cutout to incorporate the selfie camera and earpiece speaker without taking up a considerable amount of space. And if you are averse to the notch, the Play hesitantly offers the option to hide it altogether in the settings.

The Mi A2 has a smaller touchscreen, nearly 6 inches diagonally, but it doesn’t have a notch. By extension, that means the aspect ratio is not as wide as on the Honor phone, although you do get a symmetrical picture.

Both screens are big and great for gaming and viewing video content, so, really, the decision may come down to choosing between having a notch and not having it at all more than anything.

Another thing worth mentioning is that the Xiaomi Mi A2 doesn’t have a standard headphone jack, so you’ll have to plug in an adapter if you want to use it with wired headphones. Both devices come with fast charging over a USB-C port.

The main camera on the back of the Honor Play includes a 16-megapixel sensor and a so-so f/2.2 lens. It’s paired with a 2-megapixel shooter that acts as a depth sensor when shooting portraits and not a camera in its own right. Honor also says the Play can use artificial intelligence or AI to quickly and automatically determine the specific camera settings to use based on what’s in front of the user.

The two cameras on the Xiaomi Mi A2 have 12- and 20-megapixel sensors and can work independently to produce brighter and sharper pictures. In fact, Xiaomi says its software will intelligently choose which camera to use, depending on what you’re shooting and how much light the sensor picks up.

In practice, the Play is capable of snapping decent photos in variable lighting. And thanks to the predictive AI software built into Honor’s camera app, you don’t always have to bother with manual controls, especially when shooting in a hurry. However, the Mi A2, because of its more advanced system, should be able to outperform the Play in most scenarios.

Both the Honor Play and the Xiaomi Mi A2, owing to their respective sensors, should produce clear selfies with their front-facing cameras.

For day-to-day and gaming use, the Honor Play is probably second to none at its price point. The Kirin 970 inside makes it the fastest and most powerful phone you can get for under P16,000 ($302), period.

And based on what we’ve seen from the Huawei P20, P20 Pro, and, most recently, Nova 3, HiSilicon’s flagship chip is about as efficient as they come. Throw in GPU Turbo, which has been developed in-house to enhance and prolong the user’s gaming experience, and it is no surprise why this phone is being marketed to gamers who are hesitant to spend several thousand pesos on a top-shelf option.

The second fastest option at this price range, we guess, is a toss-up between the MediaTek Helio P60 and the Qualcomm Snapdragon 660, which the Xiaomi Mi A2 has. With that being said, second place isn’t bad at all. And it’s commendable that Xiaomi has included it in a phone that’s cheaper than the Honor Play, while still giving the Mi A2 a versatile camera system that can punch above its weight.

It probably won’t snap better pictures with consistency, but the Honor Play, with Kirin 970 and GPU Turbo, is practically a steal at its price, compared to the Mi A2. Which is admittedly jarring to say considering all the features Xiaomi packed into it.

The inclusion of stock Android is nice and the cameras on the Mi A2 will surely be appreciated by many. But we’re also pretty sure you’ll agree that having true flagship performance on a sub-P16,000 smartphone is unheard of in today’s smartphone space.

Xiaomi Mi A2 picture via Lowyat